Three years for Cohen, what should Trump get?

A week after a devastating memo dump, there’s more jaw-dropping news about Donald Trump that could make him an unindicted co-conspirator.

His fixer, Michael Cohen is getting three years for carrying out a Trump directive to make a hush payment to women Trump was having affairs with.

What should Trump get?

The man who ran on draining the swamp, merely came into Washington and re-branded it under the Trump name.

And now there’s  only one major question remaining. Is it time to bring out the “I” word, in all its glory? 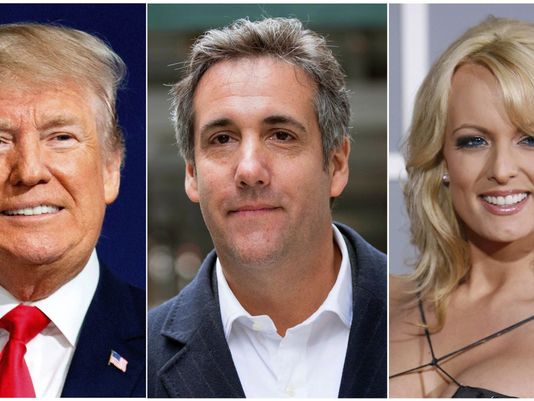 For Asian Americans of Filipino descent, a key point person in the House of Representatives has been Congressman Ted Lieu from Los Angeles. I’ve followed him since his days as a California state legislator and he’s always willing to go where few Asian Americans have gone before. He’s emerged as a real leader in the short time he’s been on Capitol Hill. And he’s one of the few Asian Americans who even shows up in the national discussion when it comes to Trump.

So, I wasn’t surprised to see him on CNN reacting to the initial news of the sentencing memos from Mueller and the federal prosecutors from the Southern District of New York on Paul Manafort and Michael Cohen. But then CNN’s Wolf Blitzer asked him this: “Based on what you learned today in these documents congressman, do you believe the House of Representatives should begin impeachment proceedings against the president?”

Lieu: “I believe impeachment, like Congress’ power to declare war, is one of our gravest responsibilities. It should never be our first option. I think we should wait for the special counsel investigation to conclude and then make a decision. And these court filings today, they were not meant to clear or not clear the president. These were specific filings on Paul Manafort and Michael Cohen for sentencing purposes and other purposes. Not really to lay out a roadmap. But also to tell the judge about what they want happening to these filings. So [we’re] going to know a lot more after these investigations conclude and special counsel Mueller reveals everything he knows about Russia.”

It was a real sign of political maturity and restraint on Lieu’s part, I thought.

Earlier in his career, he was known for being an attention-getting flame thrower. But here he was more statesmanlike.  Let’s see what Mueller has. Impeachment may not be right. It’s certainly in line with the prevailing sentiment from the incoming Democratic leadership that’s being pushed by more moderate Republicans and Democrats alike.

The party song goes like this: Go slow, wait, and see everything, and in the meantime, do the work of the people. What we have may be impeachable, but is impeachment the best option?

Right now, no one in power seems willing to take the I-word out of the sheath and wave it around in earnest quite yet.

Lieu seemed to go as far as he could without straying.

But what does that say when we pull our punches on an impeachable president? Shouldn’t that be our duty to fight the blight?  Or are we in a constitutional optional democracy?

In the next few days, we should see the political climate changing. Expect to see temperatures rising higher then ever, and the leading denier, of course, will be Donald Trump, who after all the recent  bombshells could only turn to social media.

A highwater mark for delusion.

Of course, those federal prosecutors’ memos about President Trump’s personal lawyer, Michael Cohen, do anything but clear the president. For the first time, the memos link Trump to real criminality, the organizing of hush payments to two female companions so as not to hurt his presidential campaign, a violation of campaign finance laws.

Individual 1? An obvious reference to Trump.

If your jaw didn’t drop at the news, then maybe it’s because we’ve gotten used to the  bombshells during the Trump era.

If your jaw is still in place after Cohen got three years in prison subsequent to the memos’ release,  it’s either a matter of shame  among all those Filipino Trump supporters, or disgust.

I’m surprised that few people have stopped me to even remark about it.

But let me assure you, it is not an everyday thing to see the president of the United States, the leader of the free world, implicated in an illegal scheme.

A law-breaking president and commander-in-chief isn’t an example of an innovative positive disruption in governance.

The second memo, by prosecutors in Robert Mueller’s special counsel investigation into Russian interference in the 2016 election, said Cohen had dealings with Russians as early as November 2015, far earlier than first thought. It also mentions Cohen’s work in the “Moscow Project,” Trump’s dream of a Trump Tower in Russia. Mueller’s memo talks about the goal of creating a “political synergy” with Russia.

Creating “political synergy” with a known foreign enemy in order to enrich oneself with a hotel project is also not normal.

A third filing a week ago by the special counsel accused former Trump campaign manager Paul Manafort of more lying about Russia and his continued connections with the Trump administration after he was indicted.

Lies, unfortunately, are standard with the Trump administration. Trump continued to deny it all.

One Trump tweet said: “This is collusion illusion, there is no smoking gun here. At this late date after all that we have gone through, after millions have been sent, we have no Russian Collusion. There is nothing impeachable here. Time for the Witch Hunt to END.”

But the filings show the investigation into Trump is definitely not a witch hunt. To borrow from  the president’s favorite analogy, and those Friday memos were just the tip of the witch’s hat.

Prosecutors got another Trump friend, David Pecker of the National Enquirer’s parent company, to come forward and admit that the hush payments to Stormy Daniels and Karen McDougal were in fact directed by Trump, a potential felony.

And two other reports indicate the feds are investigating into pay to play schemes the Trump campaign is alleged to have offered at the inaugural. It’s all from information obtained from the raiding of Michael Cohen’s office.

It brings our country to  a new low, being run by a man who shows no respect for his office,  the country or its people.

What do Filipino Americans think?

I was in some community gatherings last weekend, and no one mentioned the memo dump at all. Maybe it’s because the truth is our representative government actually encourages a remote-control approach. We have our lives and they don’t feel connected to what happens in D.C. Let the Mazie Hironos and the Ted Lieus deal with it.

But it really is on us. Filipino American support helped put Trump in. And yet supporters won’t return my calls.

For some perspective, look to people like David Gergen, a former presidential adviser who served under Nixon, Ford, Reagan and Clinton, and currently a professor of public service and co-director of the Center for Public Leadership at the Harvard Kennedy School. He was asked on CNN if he’d seen anything like last Friday. Ever.

His answer was simple. No, he hadn’t.

Harry Litman, a former U.S. attorney and assistant attorney general who teaches at UCLA and UC San Diego, wrote in USA Today that the memos show Trump is a “baby step away from the flat conclusion that the president is a felon: it does not specifically assert that Trump acted ‘knowingly and willfully,’ the statutory standard. But it would be peculiar to try to suggest that the president both directed the scheme and acted innocently.”

Litman concluded the Friday memos were no less an indictment of a president than the article of impeachment against Nixon or the Starr Report on Clinton.

Can anyone really argue that point?

A Republican Senate is the only thing that keeps impeachment talk tamped down. And, as noted, even   Democrats have tried to downplay the “I” word and focus on doing what’s right for all Americans.

But with a new, diverse House of Representatives coming to power in January, the little that has been revealed in the Trump investigation may be enough to begin talks of a removal for real.

Trump, the anti-diversity president, has empowered the white right resulting in increased incidents of hate crimes and intolerance. In his two years, we’ve seen homophobic and xenophobic policy in everything from military service and immigration to voting rights. In higher ed alone, we’ve seen rollbacks on affirmative action guidance and on sexual harassment policies.

But all that’s merely bad policy. The memos reveal potential criminality. The president is said  to have organized and directed a hush payment that would be a violation of campaign finance laws.

Laughably, Trump’s defense appears to be a social media campaign, literally winging it with tweets to his base that declare a witch hunt and his innocence. So those payments to Stormy Daniels and Karen McDougal were “private matters” and not meant to keep the public from knowing the truth before voting?

No matter how he tries to contort the truth, Trump’s not above the law.

It leaves the rest of us to ponder the big question: How much longer can we continue to entrust the leadership of our country to a man Friday’s memos referred to as “Individual 1”?

Can the country afford to keep a man in the White House who may rightly deserve to be in The Big House?

Emil Guillermo is a veteran journalist and commentator. Twitter @emilamok. Listen to his Emil Amok’s Takeout on Apple Podcasts.