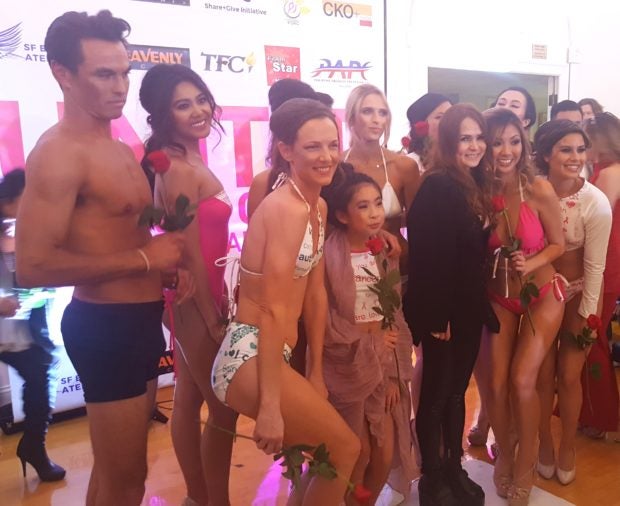 A total of 18 models were on the catwalk to showcase the gorgeous swimwear and evening gowns prepared by five different designers for the charity event. INQUIRER/Jun Nucum

BURLINGAME, California — Unwavering support, clear understanding, deep commitment and early detection were the buzz words of the evening in a charity fashion show featuring cancer survivors, their families, friends and other supporters, which was held to show there is life after a cancer diagnosis.

The recent event by Share+Give Initiative launched the “2019 United Against Cancer Swimwear Calendar” at the Burlingame Masonic Hall to benefit breast and ovarian cancer causes worldwide. 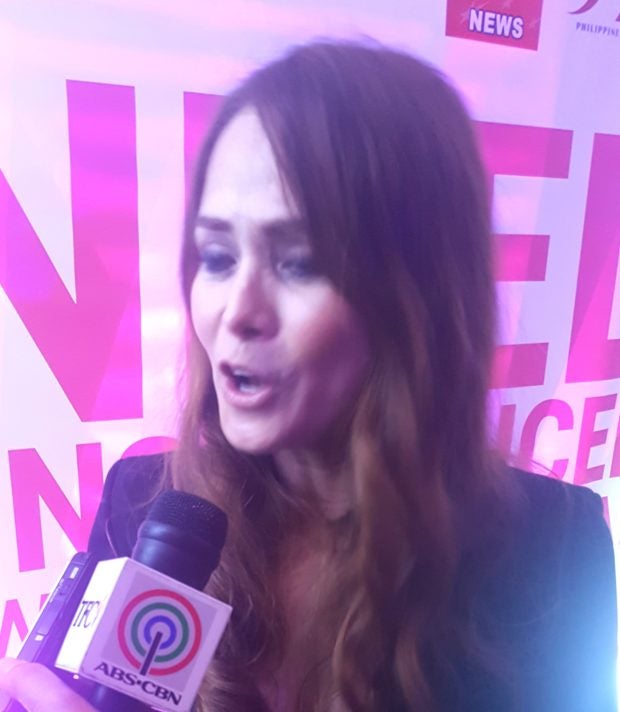 Share+Give Initiative founder and renowned Filipina designer Gia Galicia said the charity show was personal for her and she hopes that early detection can spare would-be victims and their families from suffering. INQUIRER/Jun Nucum

Share+Give Initiative founder and renowned Filipina designer Gia Galicia said it was her third charity show and the second for cancer causes, and something personal for her since she and her family have been impacted by the disease after her husband’s mother died of breast cancer.

“A lot of my friends have asked me to do a charity show that features swimwear collection with other swimsuit designers and together we chose to focus on breast and ovarian, some of the deadliest cancers for women,” Galicia explained.

“It is very important that cancer survivors (Richards, De Long and Velasco) are here to show and prove that they beat cancer and look at how they are thriving. We would like to give hope and inspiration in emphasizing that if detected early, the chances of survival is considerably increased. So have yourselves checked,” she added.

Fashion designer Dana Richards, who has been breast cancer free for nine years, is also now a philanthropist who was grateful that she was contacted by Galicia through Instagram.

“I would jump the hoops for her to help the cause. It is amazing cause to help everyone who has ovarian and breast cancer. I am really honored to be a part of it,” “Ms. October” Richards narrated on how Galicia knew her. “In this calendar and subsequent fashion show, we would like to say that early detection saves lives and cancer does not discriminate. It is very pervasive. If it is caught early you get to live long God-willing. There is life after cancer and I am a living proof.”

Yoga instructor and businesswoman Audrey De Long, who has had a stage 3 ovarian cancer empathized with those suffering from cancer saying her heart feels what they going through. INQUIRER/Jun Nucum

Also contacted by Galicia through Instagram was eventual “Ms. September” Audrey de Long, a stage 3 ovarian cancer survivor, a business owner and a yoga instructor who happily jumped in for the photo shoot and charity fashion show.

De Long also strongly believes that with improvement in modern technology and medicine, cancer is something that can be conquered, in her lifetime.

Echoing Richards, De Long underscored the importance of support from loved ones and friends, adding she would no longer be around if not for the support that she had: “Like I said it feels so alone as I was very very very sick and thought I wouldn’t make it.”

Filipina ovarian cancer survivor Velasco, had to stop working for three years and retired medically from her 12-year stint with the United States Postal Service (USPS as she had to give way to two rounds of chemotherapy. 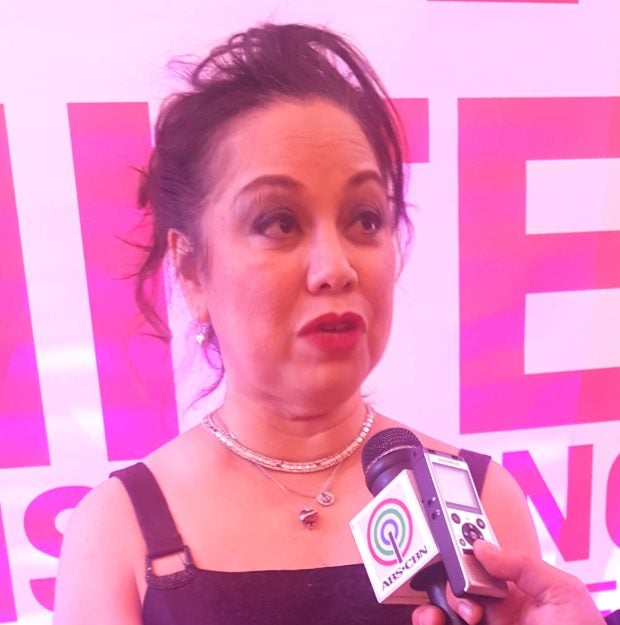 “I am okay now and I attribute this to the great tremendous support of my family especially when I was going through therapy and eventually survived it,” Velasco said. “It is such a tremendous thing that you see all these organizations coming here and giving their monetary and emotional support and everything that helps for this to flourish.”

It was a bittersweet experience for Velasco as her own husband, who fully supported her bout with cancer, lost his own battle with the dreaded disease five years ago.

Richards and De Long joined 18 other models, including two young girls, in wearing Gia Galicia swimsuits that were printed with inspiring words like Fight!, Survivor You are beautiful, You are loved, Cancer Butt Kicker, #Superwomen and My Hero. Velasco also joined them in an earlier evening gown presentation.

The calendar and some of the dresses worn by the models and United vs. Cancer T-shirts were available for sale during and after the show.

Four-year-old Kali Isabel Hussey, the youngest model in the catwalk, learned early of the need to fight cancer.  INQUIRER/Jun Nucum

All proceeds from the event will benefit breast and ovarian cancer foundations including the Pilipino Senior Resource Center Breast Cancer Support Services Program.

A total of e18 models and advocates from Mexico, Puerto Rico, Colombia, Japan, USA, and the Philippines joined three cancer survivors on the catwalk for free. Maddie B provided musical entertainment.