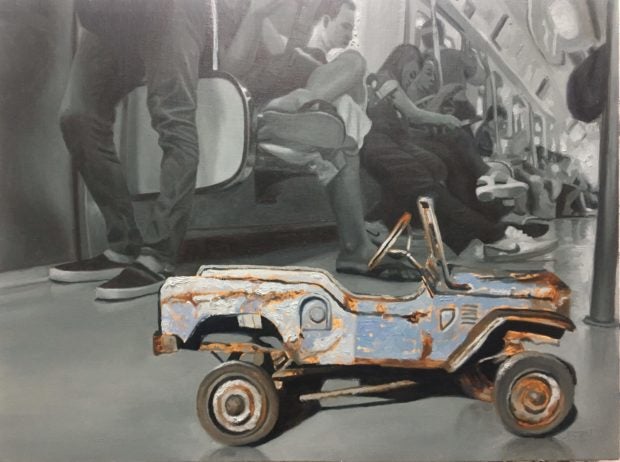 Kultura by Jonathan Joven, 24”x18” mixed media, depicts the current day and the forgotten past represented by the military jeep. INQUIRER/Carol Tanjutco

NEW YORK — Every budding artist dreams of artistic exposure in the financial capital of the world, New York City. Amid the bustling city that bred famous artists, located right next to landmark Rockefeller Center is no less than the Philippine Center on 556 Fifth Avenue corner 46thStreet.

This time of the year it is adorned by our famous parol, with giant TV monitors showing various sceneries in the Philippines for 24-hours. The  window display alone attracts thousands of tourists that pass by on Fifth Avenue, going to Saks Fifth holiday display and St. Patrick’s Cathedral.

Acquired during the Marcos regime in 1974, this prime piece of Manhattan property not only houses the Philippine Mission to the UN, the NY Consulate-General, Departments of Tourism and Trade, it the boasts a central location that can showcase Filipino and Filipino American talents as well as Philippine-made products to the mainstream.

The Society of Philippine-American Artists founded by Manuel Antonio Rodriguez in 1994 celebrated its 25thanniversary with a group show during Filipino-American History Month. Its mission is to promote the appreciation of the visual arts as an essential ingredient to progress and quality of life.

SPAA provides opportunities and means for aspiring artists to grow in skills and stature through activities, network with practitioners of art and cooperate with other public or private entities. 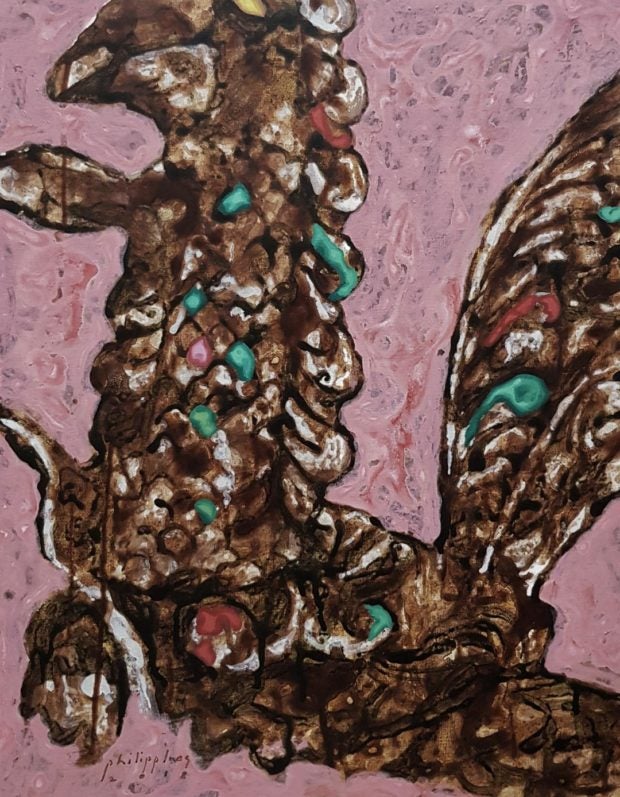 The recent was curated by Teresa Rodriguez. Christian Blaza won an Excellence in Illustration award. Christian holds a Bachelor in Fine Arts degree from Montclair State University in New Jersey, where he majored in animation/illustration.

A total of six winning works were selected based on beauty, skill and technique, meaning or theme, uniqueness, and intended level of achievement. The other winners, announced during the opening of the Exhibit, were: Puerto Rivas Fishermen by Angelito David (Watercolor); No Fishing by Apolinario Folloso (Acrylic); A Piece of Manhattan by Angelo Maristela (Oil); Texting in Coron by Carlos Esguerra (Photography); and Winter Afternoon in the Park by Guest Artist Oscar R. Dizon 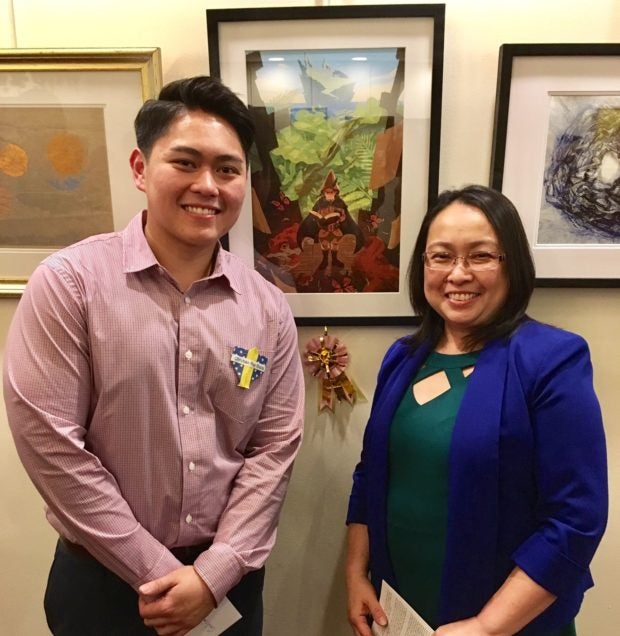 Christian Ray Blaza (left), winner of Excellence in Illustration with his winning work behind him entitled “Travel” in mixed media, with proud mother Milay Blaza, staff of Philippine Department of Tourism. INQUIRER/Carol Tanjutco

Guest speaker and art collector Loida Nicolas Lewis encouraged everyone to buy works by Filipino artists. Meanwhile, current president Art Zamora is in the Philippines for his exhibit at Pinto Art Museum in Antipolo, opening on Dec. 2, 2018, with other Fil-Am artists, including Jojo Austria and Jeho Bitancor. Exhibit is ongoing at Pinto Gallery.

A group of five artists from the Philippines presented their exhibit right after the SPAA 25thAnniversary Show. Familiar Filipino iconography expressing the artists’ prolific imagination on canvas shown in various forms, from Sarimanok to the iconic modes of transportation. 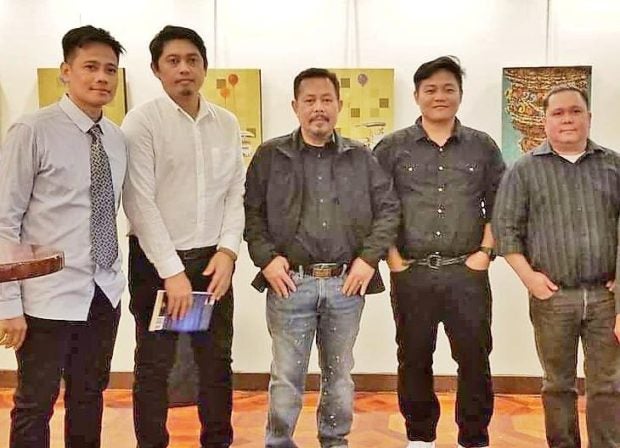 Buhay Mendoza aims to present local cuisine with his Food Series, as well as show paintings that dwell on hope and chance in his pieces titled Mithiinand Diversion. A graduate of Centro Escolar University, Mendoza is a self-taught painter, has held a solo exhibition in Vietnam, and has participated in several group shows.

Manuel Sintos studied in the FEATI University School of Fine Arts, and is now working as a full-time artist and part-time art restorer in one of the most prestigious galleries in Makati City. For his first US show, he draws his inspiration from local modes of transportation that also serve as sources of income such as the pedicab, calesaand jeepney.

Jonathan Joven graduated from the Studio Arts program of the University of the Philippines College of Fine Arts, and also focuses his oil paintings on travel and moving forward. Joven uses ground level perspectives of mass public transport such as the MRT as he portrays the calesaas a fading novelty now relegated to transporting tourists around Manila when it used to be essential for commerce and social circles.

Philipp Ines has a Bachelor of Arts in Painting from the University of the Philippines. For the exhibition, he is inspired by a different interpretation of the title Linang, directly translated as cultivation – for him, it is renewal of a land ravaged by war, and an opportunity to illuminate some details of Mindanao culture through several renderings of okir carvings usually found in Maranao, Maguindanao and Muslim-influenced artwork. He portrays a Sarimanok, a jar and a post with these design elements, injecting lively tints to his images.

Ernesto Verroya is a Grand Prize winner of the Metrobank National Art Competition and a graduate of Fine Arts from Philippine Women’s University. He exhibits several vibrantly watercolored paintings with orbs and energetic free-stroke lines floating on canvas in surrealist fashion while realistically rendering pieces of cleverly framed daingor dried fish. He also creates a stylized Sarimanokwith its talons clutching a fish, lost explorers on a voyage, and a noble Maranao lady with wings made of carved okir. He uses gold leaf on his paintings to bring them more light and life.