The country, again, is wrestling with threats from overseas, highlighted by China’s brazen display of political arrogance and Duterte’s increasingly servile posture toward Beijing.

And it is a time once more when the nation needs leaders and thinkers who could offer sharp, precise critiques of a foreign power’s sinister moves without making sweeping, unfair and harmful generalizations about another community.

Well, we can cross out Solita Monsod’s name from that list of thinkers who can shed light on this time of confusion and fear without stirring up even more anxiety.

Her recent column, “Why Filipinos Distrust China,” is nothing more than a racist rant, confused, incoherent, dangerous.

How in the world did someone considered one of the foremost columnists and economists in the country end up writing something like this:

“There seems to be no distinction between the Chinese people and the Chinese government, as there may be in the case of the United States. Actually, I have often observed, Reader, that a Chinese-Filipino will never ever state unequivocally that he/she is a Filipino first, and a Chinese second (meaning, his loyalty is to the Philippines).

“Combine this with the fact that most of our billionaires are Chinese-Filipinos, and that Chinese-Filipinos (especially the males) seem to be culturally averse to marrying Filipino women, and that they are some of this country’s most hated employers. It then becomes easier to understand the distrust factor.”

As others have noted, the bizarre argument sounds eerily similar to another prominent member of the Filipino intelligentsia who recently flaunted his shallow, extremely narrow understanding of the Chinoy community: F. Sionil Jose.

“I know now that in the event of a war with China, many of our ethnic Chinese will side with China so I will not ask any more on whose side they will be if that war breaks out,” he wrote in a column to which I and many others responded. 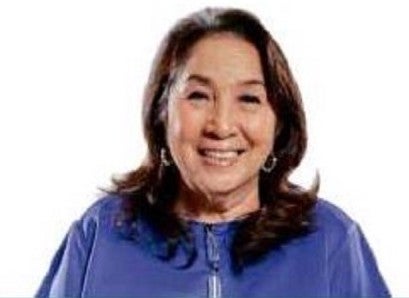 “I will ask instead my countrymen — they who are aware of our revolutionary and heroic tradition — the Filipinos who revere Mabini, Rizal, all those who sacrificed for this land and people: ‘What will you do now?’”

I’m beginning to suspect that Frankie Jose and Winnie Monsod are expressing disdain for the same small group of people with whom they probably got acquainted at the same Forbes Park cocktail parties thrown by affluent Chinese Filipinos with unsavory views:

“Ay naku Mareng Winnie, don’t bother with me such silly questions on whether I would defend the Philippines? Why should I? And do you really expect me to marry a Filipino? Excuse me.”

Or: “Manong Frankie, of course, I’ll take Beijing’s side in the event of the war? I only side with winners.”

Are there Chinese Filipinos who think and act this way? Sure. In the same way there are non-Chinese Pinoys who are already yelling out similar pronouncements to the world, led by the likes of Duterte and his allies.

Is this how all or even most Chinoys think and feel? I’ll let academic Caroline Haurespond, which she did in a moving essay that zeroed in on Monsod’s claim that “a Chinese-Filipino will never ever state unequivocally that he/she is a Filipino first, and a Chinese second (meaning, his loyalty is to the Philippines).”

“Well, ‘never ever’ is such a blanket term! Really, never??  I would have offered myself as an example of someone with unequivocal loyalty to Pinas, and also with a brother and two out of two male cousins married to Filipinos who do not identify as Chinese-Filipinos (but maybe Monsod wants to discriminate against Pinoys of Indian ancestry, as well? So that would leave me with one out of two male cousins married to ‘Filipino women,’ plus two out of three female cousins married to non-Chinese Filipinos). But unfortunately, I don’t move in the rarefied circles that Monsod swans around in. Some of us are too busy earning a living, OFW-style, and remitting money home (and by home I mean Pinas, not China).”

The irony is that Monsod did not really have to look far beyond her “rarefied circles” to realize that her concept of the disloyal Chinoy is bullshit. She could have started with UP Diliman, where she taught for many years, whose current chancellor is the respected anthropologist Michael Tan.

Back on the same campus is my friend, the human rights lawyer, Ted Te who has returned to teach at the UP Law School after a much-praised decision to step down as supreme court spokesman following the ouster of Chief Justice Sereno.

Also in the news lately is another UP alum Fides Lim. I may not agree completely with her political positions, but I join others in praising her for a courageous campaign to compel the military to follow due process principles in detaining her  husband, the NDF leader Vic Ladlad.

Monsod may have even heard of a UP incident in the 1970s in which Fides played a central role. Lim was arrested together with Philippine Collegian editor Ditto Sarmiento in a Marcos crackdown on the student movement in 1977. Sarmiento died after a brutal prison stint, giving rise to the slogan that came to define UP under Marcos: “Kung hindi tayo kikilos, sino ang kikilos. Kung hindi ngayon, kailan pa.”

It’s a slogan that’s become so relevant again today as the Philippines grapples with yet another fascist president who has inspired mass slaughter and has demonstrated absolutely no qualms about selling out the country.

And yes, Reader, it’s a fight in which Chinoys are again playing an important role. So let’s not waste our time with shallow, misguided racist rants.