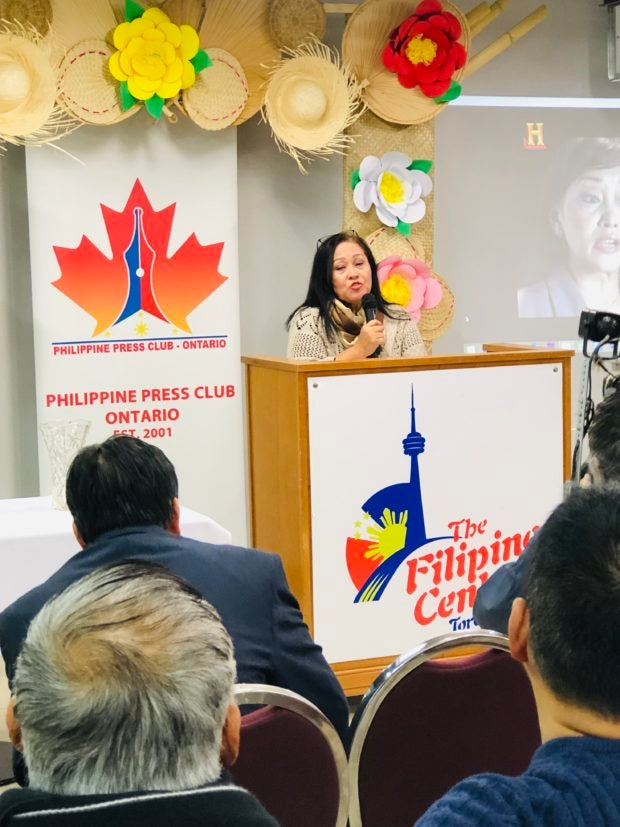 TORONTO, Ontario — Members of the Filipino Canadian press and their guests gathered at the Filipino Centre Toronto headquarters on Sunday, Nov. 25 to remember the 58 victims of the Maguindanao massacre that happened nine years ago.

Of the 58 killed in that grisly ambush on Nov. 23, 2009, 32 were members of the media.  They had joined the wife and two female relatives of Buluan Vice Mayor Esmael “Toto” Mangudadatu who were on their way to the Commission on Elections’ office in Shariff Aguak to file the latter’s Certificate of Candidacy for governor. 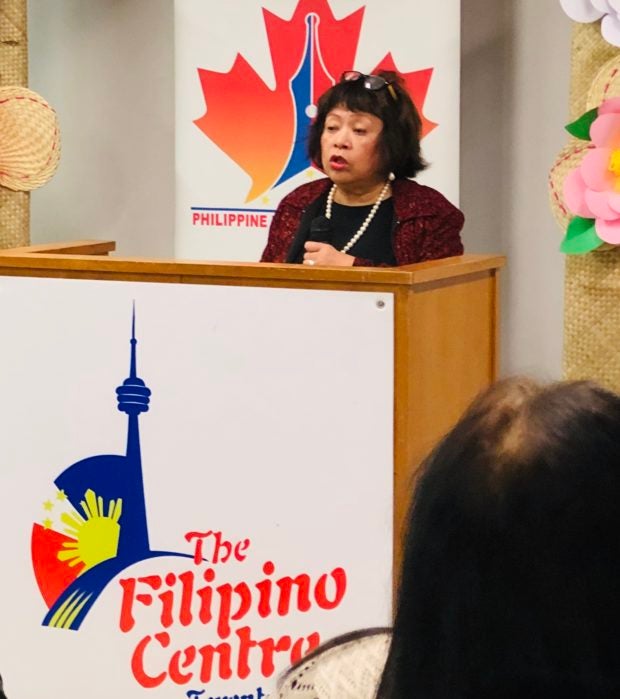 Rose Tijam, PPCO president, explains why this memorial is meaningful for all, not just media practitioners. INQUIRER/Marisa Roque

Marissa Corpus, Philippine Press Club of Ontario (PPCO) secretary, narrated the background of the tragedy, placing it within the context of the political events at the time.  A documentary of the massacre, by H, the History Channel, Asia/AETN, made the story even more concrete for the attendees.

Rose Tijam, PPCO president, said that the women suffered much–rape, their private parts shot, some had their throats slit.  “The assault on the women was vicious, the Muslim regard for women and their safety, which Toto Mangudadatu was counting on to keep them safe, was not followed,” she added. 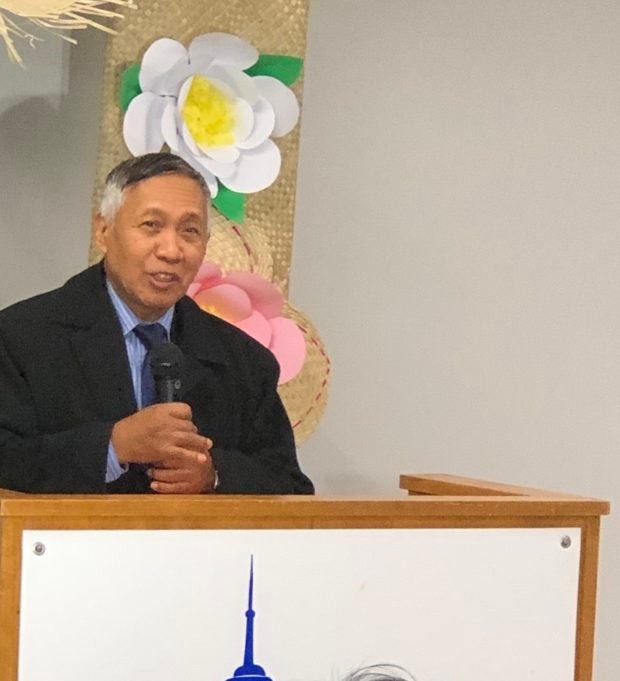 The highlight of the memorial was the flower offering. Audience members were given fresh carnations and, as the name of each media practitioner killed was mentioned, the assigned person placed the flower in a vase at the front.

To conclude, Pastor Charlie Ohonio prayed for the souls of those who died, with the hope that their deaths have not been in vain.  He said “It has been nine years that the victims and their families have been waiting for justice, may the waiting be over soon. May justice prevail.”