Christian Mejia won Outstanding Lighting Design for his work on the musical “Jesus Christ Superstar” for Ray of Light Theatre.

East Coast-based actor Joel de la Fuente (Inspector Kido on streaming series “The Man in the High Castle”) won Outstanding Performer in a Principal Role in a Play for his work in the one-person play “Hold These Truths” for TheatreWorks Silicon Valley.

Filipino American theater makers who were nominated this year include Robert Brill for Outstanding Scenic Design for “Ain’t Too Proud: The Life and Times of The Temptations” for Berkeley Repertory Theatre and Alex Rodriguez for Outstanding Choreography for “Ragtime” for Berkeley Playhouse and for “Jesus Christ Superstar” for Ray of Light Theatre. 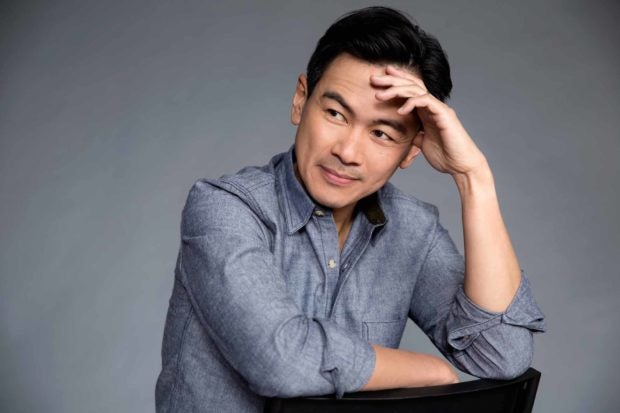 Jomar Tagatac won Outstanding Performer in a Featured Role in a Play for his work in “The War of the Roses” at California Shakespeare Theater.

“But Duke of York was my main assignment.  I also loved playing Richmond because of his speech at the end and he gets to fight Richard III.”

Born in the Philippines, Tagatac and his family moved to California when he was four years old. “We moved to one of the Air Force Bases here in Northern California,” he says.

Tagatac took up theater at San Diego University and has a master’s degree in acting from American Conservatory Theater (ACT).

He has acted for Bay Area companies such as Magic Theater, Unbuntu Theater Project, The New Conservatory Theatre Center, among others.

Tagatac was unable to attend the awarding ceremony due to scheduling conflicts and found out he’d won through a text message from a friend. “I was making dinner at home. I laughed when she first told me. I asked her if she was serious or if she was messing with me.

“There were so many great finalists in the category that I was sure one of them was going to win. But when she assured me that I won, I smiled and felt really grateful that TBA would honor me with this award.” 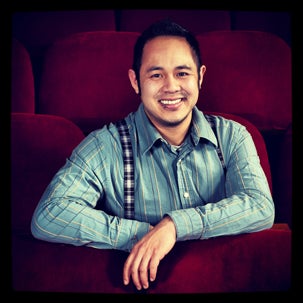 Asked where he would eventually place the award, he says, “It’s a really beautiful award so I’m thinking I’ll place it on the mantle above the fireplace.”

He adds with a laugh, “Don’t worry, the fireplace is out of commission so the award won’t be harmed.”

Tagatac says he found working on the production “meaningful, challenging, and especially fun. CalShakes is such a unique place to work. It’s an outdoor theater so you’re at the mercy of the elements which is its own challenge.

“It was challenging both mentally, with Shakespeare’s text, as well as physically, with the sword fights and the hand-to-hand combat.

“CalShakes artistic director Eric Ting, who also directed the production, has such big ideas, and this play was no exception. We all knew that it was an ambitious project. We came together to make sure we could put on the best possible production. I loved it. I will always remember this experience.”

Tagatac’s upcoming productions include playing Bob Cratchit in ACT’s staging of “A Christmas Carol” in December. Next year, he will be part of the cast of “King of the Yees” at San Francisco Playhouse.