NEW YORK—I heard last month, from the fictionist Cecilia Manguerra Brainard, that the writer Alberto Florentino had passed away in late September. The immediate cause of death was pneumonia, complicated by the fact that he had had Alzheimer’s for some time. At the time of his death, Bert had been living with his wife, Eva, in Portland, Oregon, where they had moved from New York about a decade ago, to be closer to their daughter Lisa and her family.

I knew of Bert before I met him in New York. He had made a name for himself by winning a Palanca award for his play The World Is an Apple, when he was all of twenty-three years of age. 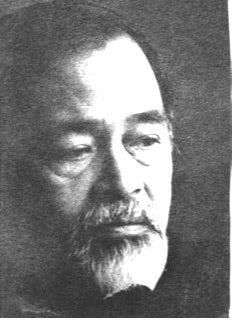 Significantly, Bert had also been the publisher of Peso Books, that aimed to make available, especially to students, inexpensive reprints of works by well-known Filipino authors. The first number in that no longer extant series was Poems 55, by Jose Garcia Villa. (I once had a copy and may still have it but have been unable to locate it in the tangled maze that my library has become.)

This is from Karina Bolasco, the press director and editor-in-chief:

“In the United States, in the early twentieth century, the Halderman-Julius Publishing Company printed booklets that it called Little Blue Books. Intended for a working-class readership, they were affordable … and portable …. They were called Little Blue Books because their covers were (usually) in blue or grey and because they were meant to educate blue-collar workers. The coverage of the Little Blue Books ranged from the classics to politics and housekeeping. By the time it folded up in 1978, the Halderman-Julius Publishing Company had published about eighteen hundred titles … and had sold millions of them.

“About two decades before the last of the Little Blue Books were published, in the Philippines, the playwright Alberto S. Florentino wanted to bring Philippine literature, particularly literature written in English, to a wider audience. Much of it had remained uncollected in periodicals, but libraries could not be relied on to have their holdings intact—the Second World War had so devastated the country. What was being taught in schools, through the high school textbook series ‘Philippine Prose and Poetry,’ did not necessarily reflect the best work of Filipino authors, the selections having to conform with the reading level and emotional maturity of students.

“It was the poet Jose Garcia Villa who prompted Florentino to venture into publishing something like the Little Blue Books for Filipinos. Villa agreed to have Florentino reprint a selection of his poems if it was to be sold at no more than a peso a copy. In 1962, with the publication of Villa’s Poems 55, the Peso Book was born. Made at a cost of thirty centavos a copy, each Peso Book measured only 4 x 7 inches, but the impact of the series on the shape of the Philippine literary canon was significant. Until the 1990s, writers of textbooks, anthologies, and scholarly articles in Philippine literature relied on the texts that the Peso Books made readily and cheaply available.

“In initiating its own line of booklets, the Ateneo de Manila University Press draws inspiration from these precedents. The Ateneo Blue Books are a compact library of Filipino literature written in English; they are intended for young Filipino readers, whose acquaintance with Philippine literature, given the force of a Westernized globalization, is passing. Each book consists of one work or a selection of works by an important Filipino author and, in the spirit of the chapbook of the Early Modern Period and the penny dreadful of the nineteenth century (both remote predecessors of the Little Blue Books), comes accompanied by illustrations by notable Filipino artists. Taken together, the Ateneo Blue Books are a sampler of an author’s oeuvre or of a literary type and as an act of recovery and rediscovery.

“It is dedicated to Alberto S. Florentino.”

In an e-mail, the poet and novelist Alfred “Krip” Yuson had this to say about Bert:

“I remember Bert most fondly for the years, from the late ’60s up, when I dropped out of UP [University of the Philippines] to join his stable of scriptwriters for Balintatawdirected by Cecile Guidote. Frankie Osorio and I collaborated on a number of one-hour teleplays adapted from Pinoy short stories selected by Bert. That led to my being recruited by Cecile’s PETA [Philippine Educational theater Association] for acting in the first plays staged at Raja Soliman Theater in Fort Santiago, starting with Virgie’sBayaning Huwad, then Larawanwhich Cecile had Frankie and me translate from Nick Joaquin’s Portrait.

“We kept up with email correspondence when he and Eva were already in NY, and I recall meeting up with him and Ninotchka in 1995 when I was part of FVR’s media troupe for the UN’s 50th birthday. After that he came home once, and I recall taking pics of him and you together at some literary event.”

Brainard has her own recollections, which she details in the online magazine Positively Filipino:

Here in New York Bert was part of the Filipino-American Writers of North America, or FAWNA, that some of us had formed in the 1980s. Aside from myself and Bert, its members included fictionist Ninotchka Rosca, playwright Linda Faigao-Hall, poet Luis Cabalquinto, critic and essayist Antonio Manuud (+), fictionist Angel Grey Domingo (+), and political activist Ramon Hodel (+).  I am sure there were a few others whose names escape me now.

FAWNA was short-lived. As someone once quipped, organizing writers is like herding cats. But we did a few readings, the biggest one being at the St Mark’s Poetry Project, held at the landmark St Mark’s Church in the East Village.

Bert’s daughter Leila was then an aspiring singer and actress, and eventually landed the lead role on Miss Saigon, on Broadway. She acted in a short film I made, Flip’s Adventures in Wonderland.

I knew of Bert, from Peso Books and the Balintatawtelevision series, before meeting him and Eva. He was one of the most congenial writers I had ever met. He had no airs, was always in good humor, and forever bubbling with ideas for literary projects. Age had as yet to dim his infectious enthusiasm. We had some fun times together back when, it now seems, the temper of the times was, while certainly not innocent, not as bitterly partisan as it is now.