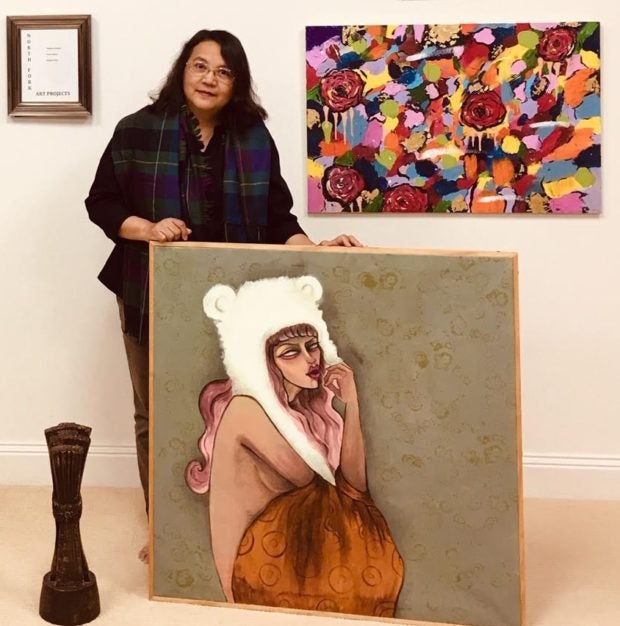 Not just any ordinary gallery, mind you. This one is a brick-and-mortar gallery in Napa Valley that accepts viewings by appointment while letting the public see its exhibitions through its website. 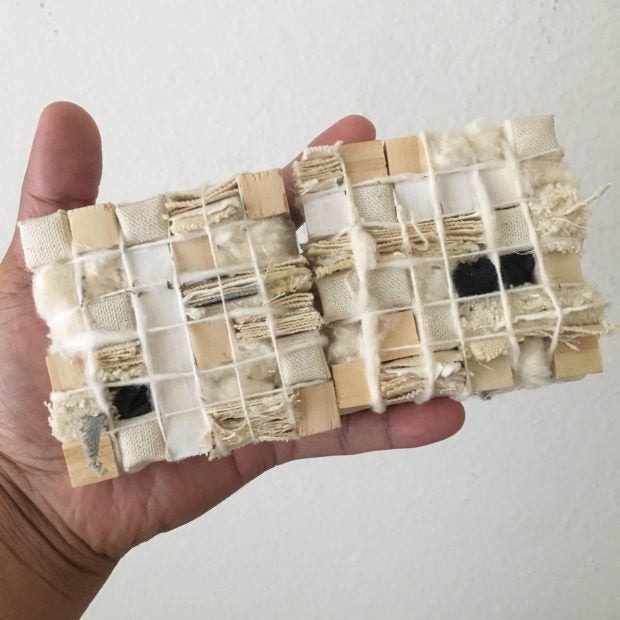 “While NFAP revolves around Filipino artists, it comes from my having followed contemporary art—not just by Filipinos—for over three decades. Initially as a New York City resident before moving to the Bay Area,” she says.

Born in Ilocos Sur, Tabios immigrated to the U.S. when she was 10 years old.

In addition to being an art connoisseur, Tabios has also written about art in various forms (criticism, poetry, and fiction) that have appeared in art journals such as Review NY and Review West. She was also a contributing editor to Our Own Voice literary ezine.

The gallery, in both its physical and online iterations, allows her to combine her passions.

“NFAP is both a collection as well as a gallery.” And since the collection and exhibitions are for private viewing only, the public component (the website) “has to present something unique” in order for this “structure to be effective and of concern to the public.” 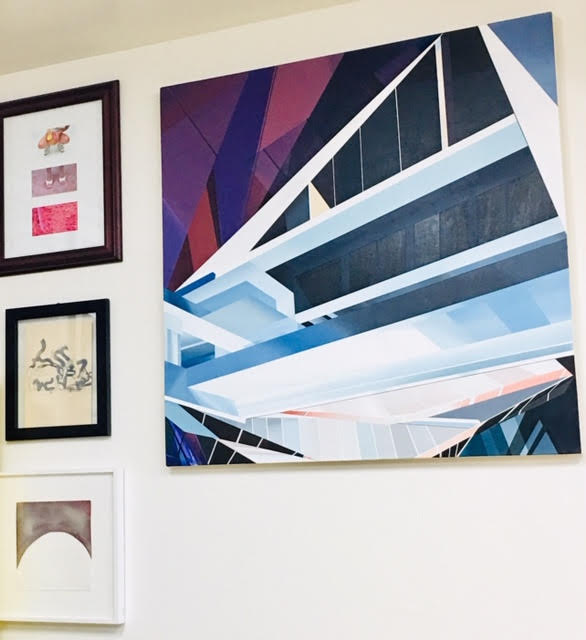 Reflections on the art by way of words is Tabios’ proposal. “That unique element is the discourse presented as a result of the exhibit or because a work is or works are part of the permanent collection.

“The write-ups [on the website] about the artworks can exist in the internet long beyond each exhibition’s time frame.

“The discourse can revolve around various works, mostly authored to-date by me and—over time—to be opened to other writers.”

Close to 50 artists are included in the collection with names ranging from Napoleon Abueva to Jenifer Wofford. (The full roster can be found on the NFAP website.)

Chosen for the inaugural exhibition is mixed-media artist Matt Manalo, a Manila native who moved to Texas as a teenager and took up painting at University of Houston.

With this exhibition, titled “Pocket Paintings,” he delves into another aspect of his exploration with the forms, shapes, materials and other components that comprise what a “painting” is. 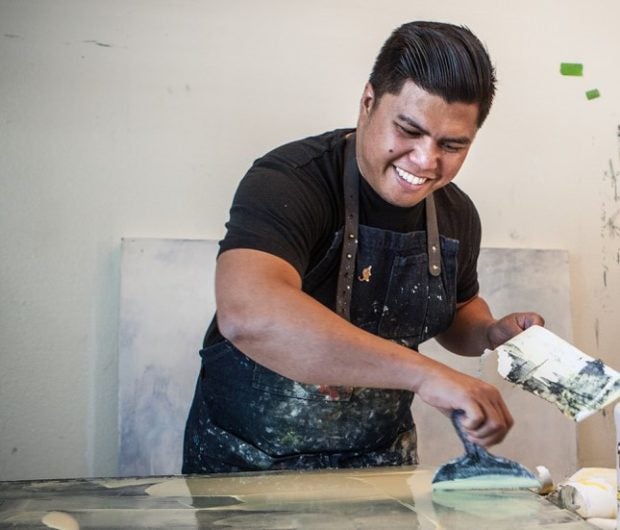 Matt Manalo is a mixed-media artist based in Houston. MICHAEL STARGHILL

“Matt’s exhibition is of extremely tiny paintings, which are the smallest he’s ever done. Each painting fits on the palm of one’s hand),” says Tabios.

“For his exhibition, its discourse [on the website] will be an interview presenting Matt’s views on scale.”

The next exhibition lined up for NFAP is Melinda Luisa de Jesus’ mirror-based sculptures. “That exhibit’s discourse will comprise of at least three essays and two poems,” Tabios says. Manalo, on the other hand, will be part of a group show “Look and Listen,” a concert series presented by social justice organization Grit Collaborative and music group Oh My Ears, in Arizona this November 16 and 17.

He will then be part of a group show—”Lumikha’: We Are Here”—organized by advocacy group Pilipino American Unity for Progress (UniPro) in January 2019 at Midtown Arts and Theater Center Houston in Houston, Texas.