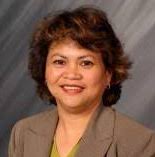 NILES, Illinois — A Niles-based Filipino American financial adviser allegedly spent the investment money of 12 of her elderly clients for her personal expenses, according to a report from the Chicago Sun-Times.

Lucita Zamoras, 55, of Chicago, is facing federal charges. She was charged with one count of mail fraud, punishable by up to 20 years in prison.

Zamoras has settled with the Securities and Exchange Commission (SEC) with an order to pay back almost $1million in profits and a fine of $75,000.

According to the Illinois Department of Financial and Professional Regulation, she has never received a professional license with the state of Illinois. She has not been scheduled for an arraignment with the U.S. District Court.