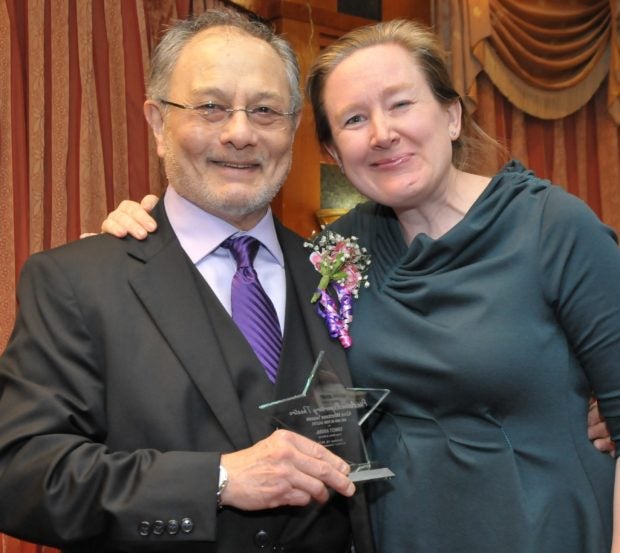 NEW YORK — Filipino American actor, playwright and director Ernest Abuba was named as an Art and Action Honoree by Pan Asian Repertory Theatre at its 2018 Gala.

Tisa Chang, founding artistic director, said in a statement, “Our Art and Action Annual Gala salutes and recognizes artists and community leaders of distinction who have made a difference with their philanthropic and artistic endeavors.”

In his acceptance speech, Abuba thanked his many teachers and colleagues in the industry.

He also said, “And to Tisa Chang and Pan Asian Repertory Theatre. 42 years ago, as a founding Board Member, myself with Hsueh-Tung Chen, Lu Yu, and Ellen Stewart of La MaMa Experimental Theater Company, with Tisa as artistic director, we five founded the first non-profit professional theater for Asian Americans in New York.” 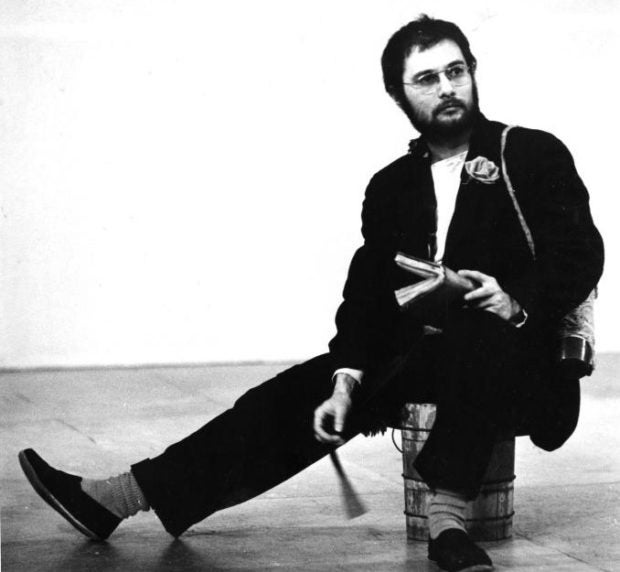 Abuba as The Singer in a 1977 staging of “The Caucasian Chalk Circle” at La MaMa Experimental Theatre Club. CONTRIBUTED

He also mentioned his past tenures as co-director of the Asian American Theatre Collective Unit of arts organization Basement Workshop with Fay Chiang and Mary Lum and of his work with social service group Henry Street Settlement.

Abuba, whose father is Filipino, was born in Honolulu. He studied at Actor’s Stage Studio in Washington, DC before relocating to New York to further his career.

Playwright Sarah Ruhl presented Abuba with his award. Abuba’s most recent Broadway acting credit was playing the title character in Ruhl’s “The Oldest Boy” at the Lincoln Center.

Other notable Broadway credits include being cast in the world premiere of Stephen Sondheim’s “Pacific Overtures” in 1976.

He has an Obie Award for his work as Captain Kenji Kadota in PAR’s staging of Rick Shiomi’s comedy mystery “Yellow Fever” in 1983.

He’s played a wide range of male lead or feature roles from Shakespeare (King Lear, Macbeth, Oberon, Lysander) to other European and Russian characters such as King Arthur, Chebutykin (“Three Sisters”) and James Tyrone (from “Long Day’s Journey Into Night”).

He has also worked in television (“Kung Fu: The Legend Continues,” “Counterstrike”) and film (“Twelve Monkeys,” “King of New York”).

Abuba has also written plays that have been staged by PAR: “The Dowager, Empress of China,” “Kwatz! The Tibetan Project,” “Eat a Bowl of Tea,” and “Dojoji: the Man Inside the Bell.” 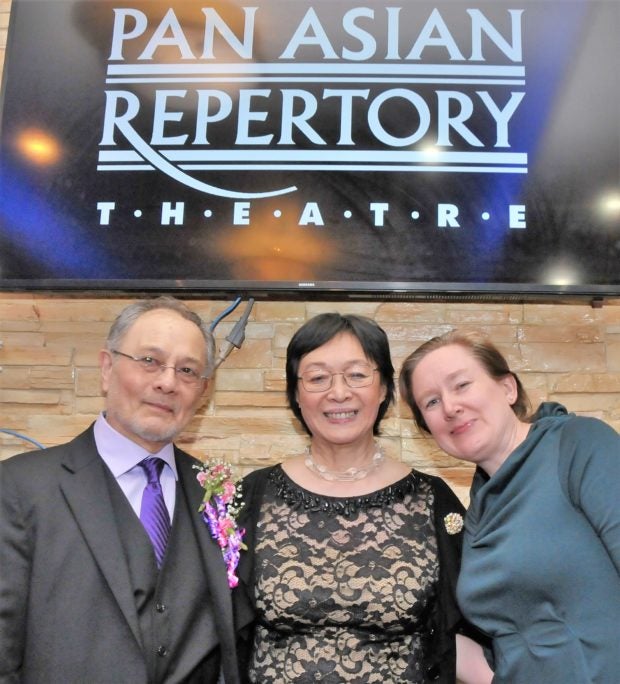 One of his plays, “An American Story,” is about a Filipino immigrant who confronts disillusionment in a bar in San Diego’s Manilatown—partly inspired by the milieu of his own childhood in San Diego.

He is a Senior Theatre faculty member at Sarah Lawrence College.

This year’s gala benefited PAR’s 42nd season (2018-19), which includes “The Emperor’s Nightingale” by Damon Chua (an adaptation of Hans Christian Andersen’s story “The Nightingale”) in November and “The Brothers Paranormal” by Prince Gomolvilas (where two Thai American brother ghost-hunters take on the home of African American clients) in April of 2019.