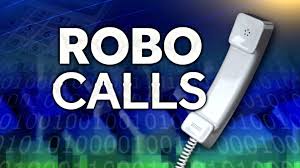 “Anna” will not stop calling. She really, really wants to sell you health insurance.

What a lot of consumers really, really want is to smack Anna upside her robocalling head.

As health insurance open-enrollment season gets underway in California and nationwide, automated phone calls offering Affordable Care Act or other health plans are spiking — and driving many consumers to the brink. California residents may have it worst, because its open-enrollment period is twice as long as in other parts of the country.

“It’s at epidemic levels at this time of year,” said Aaron Foss, founder of Nomorobo, who estimates his spam call-blocking service, based in Long Island, N.Y., headed off more than 850,000 health-related robocalls in October alone — nearly five times their interceptions for September, Foss said.

Nomorobo tracked about 820 different robocall pitches for health insurance in the last week of October. More than 100 of them were from the robot Anna.

Almost all of these calls are illegal, according to rulespublished by the Federal Trade Commission in 2009. Many offer skimpy health plans that don’t cover what you might need, insurance regulators and consumer advocates say. Others, they say, are downright fraudulent, with unscrupulous insurance “brokers” taking payment and promising insurance that never comes through.

Alice Cave, 62, a retired data analyst from Alexandria, Virginia, who spends winters in Tucson, said she’s gotten so many of these calls that she typically won’t answer her phone unless she recognizes the number. On Monday, expecting a call from a California reporter, she answered her cellphone.

It was “Anne.” (Anna’s robot cousin? Other relatives include “Jordan,” “Allison” and “Mandy,” though variants on Anna remain most prevalent.)

“She was saying, ‘I really need to talk to you — we’ve got deals on health insurance.’ I thought, ‘God, what a crock,’” Cave said. “If it’s too good to be true, it probably is. Anything that comes in on the phone, I’m going to be skeptical. Why would they offer me this deal? I already have great insurance. It’s crazy.”

Some fed-up consumers try to stymie robocallers, with amusing results. Twitter user Jon Heise in June confounded his robot by insisting, after whatever it said, that he was a “meat popsicle.” Eventually, it hung up.

It’s not all fun and games. In California, the Department of Insurance is investigating health insurance robocalls, said Janice Rocco, deputy commissioner for health policy and reform.

In late August, the agency filed a court orderagainst Health Plan Intermediaries Holdings LLC, accusing the Florida company of deceptive and misleading practices in selling “Obamacare” plans that didn’t comply with the health law. The company could face fines of up to $10,000 per violation, Rocco said.

In this case, the company’s robocalls featured “Anne,” according to the court order. In its legal response, the company did not admit to the agency’s allegations and denied responsibility. A hearing date has not yet been set, Rocco said. (Arkansas’ insurance commissioner issued a cease and desist orderagainst the company in 2016.)

Under federal law, calls using prerecorded messages are legal only for such things as doctor appointment reminders, flight cancellations, credit card fraud alerts and political candidates. Calls to sell products and services are not.

In a typical robocall sales pitch, a friendly female voice comes on the line. Sometimes the call appears to originate from major insurers like Blue Cross Blue Shield or Aetna or from a local number a caller might suppose is a school or neighbor.

Often, the voice will ask the consumer to dial “1” to enroll or “2” to opt out of future calls. Both options can be a trap, experts say.

“If you pick up, you become a lead that’s sent to health insurance agents or brokers,” Nomorobo’s Foss said. And option 2 doesn’t put you on a do-not-call list; it merely lets the spammers know they’ve hit a working number, he added.

A reporter from Kaiser Health News connected with one of the insurance brokers behind one of these robocalls by pressing the dreaded “1.”

A man identifying himself as “Ray Khan” said he’s a licensed insurance broker and provided a National Insurance Producer Registrynumber. The reporter was unable to locate Khan in that national registry with that number, which was not assigned to anyone.

Khan asked for the reporter’s Social Security number and other personal information. He said he did not have an office and that enrollment needed to be done over the phone. He referred the caller to a websitethat does not provide information about plans offered but is a platform for consumers to be contacted by brokers.

“It’s a legitimate company. We work for different insurance carriers,” Khan said. “You have to trust someone if you want to do it.”

That’s exactly what you shouldn’tdo — trust folks who call you out of the blue, according to the Department of Insurance’s Rocco. “Someone selling a comprehensive medical plan is not going to be reaching you via a robocall,” Rocco said.

Most of what’s sold through these automated calls are so-called skinny plans that don’t comply with Affordable Care Act requirements, or are short-term insurance plans, which typically offer coverage for only a few months and often don’t cover preexisting conditions or prescription drugs. Such plans have been outlawedin California, starting Jan. 1.

Despite state and federal crackdowns — some involving multimillion-dollar fines — robocalls aren’t going away anytime soon. So the best thing for consumers to do when they receive one is to just hang up or, like Virginia resident Cave, not respond to unfamiliar numbers, advisesthe Federal Communications Commission.

Instead, check out the federal Obamacare exchange, healthcare.gov, or your state’s marketplace.