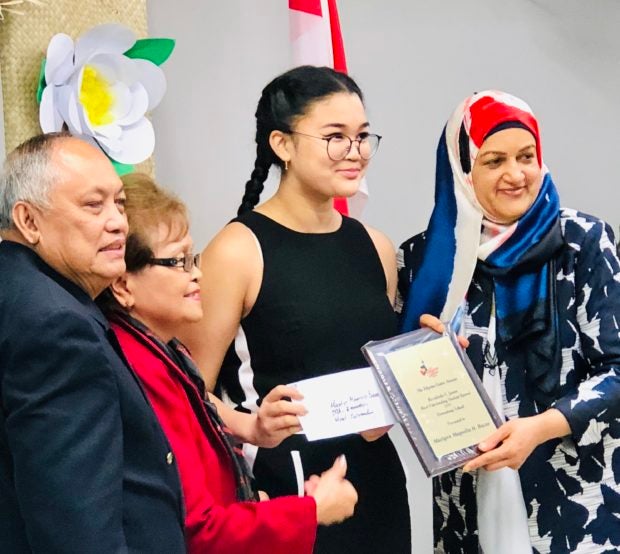 Maelynn Bucao receives her plaque from MP Zahid and her cash award from Dodong and Precy Tumulak. INQUIRER/Marisa Roque

Renamed as “Rosalinda C. Javier Outstanding Student Awards” in honor of the late community leader, former teacher, and first president of FCT, the awards singled out the best among a field of high achievers of Filipino ancestry in a qualifying process that started back in April of 2018. 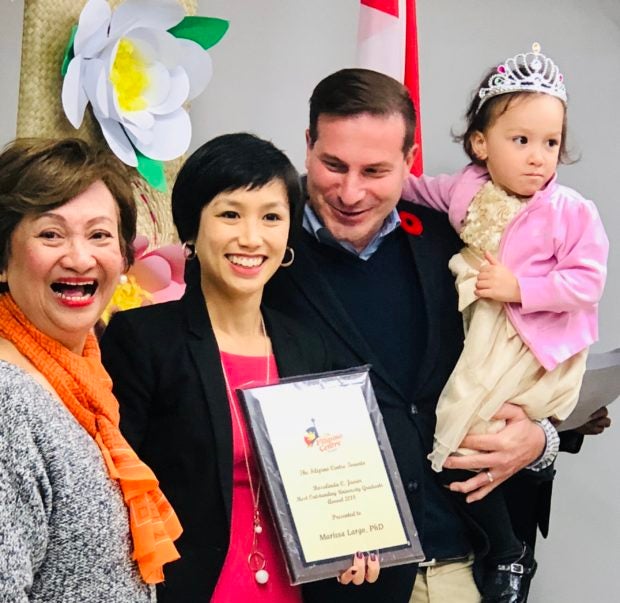 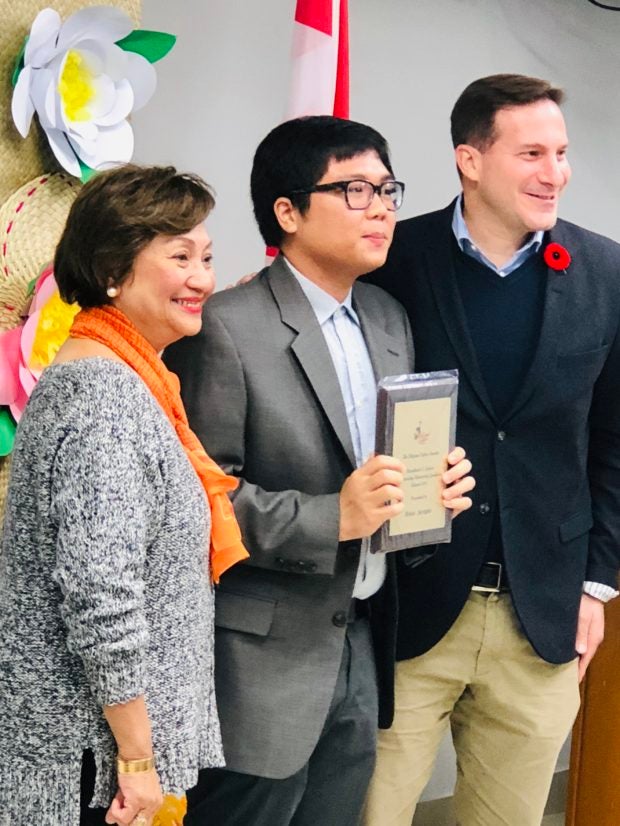 Charles Brian Serapio shows off his plaque handed to him by Marco Mendicino, MP for the riding of Eglinton-Lawrence and Parliamentary Secretary to the Minister of Justice and Attorney General of Canada.  Fanny Calucag is waiting to give him his cash award. INQUIRER/Marisa Roque 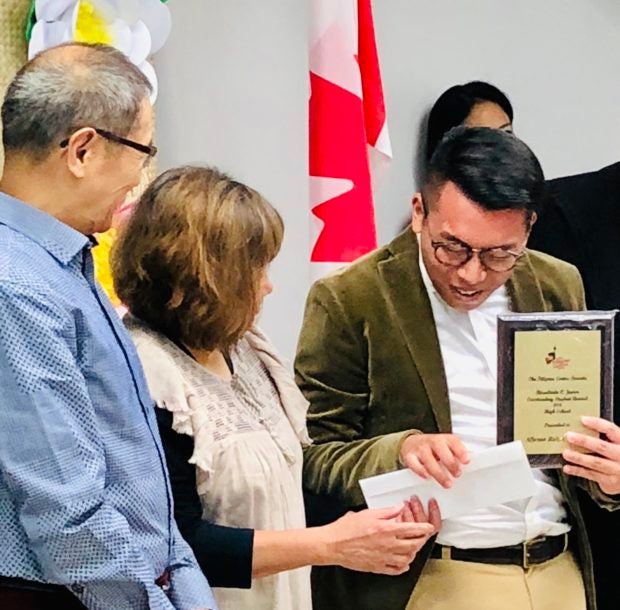 Alfonso Ralph Manalo clutches his plaque from MP Levitt and accepts the cash award from the Bernabes. INQUIRER/Marisa Roque 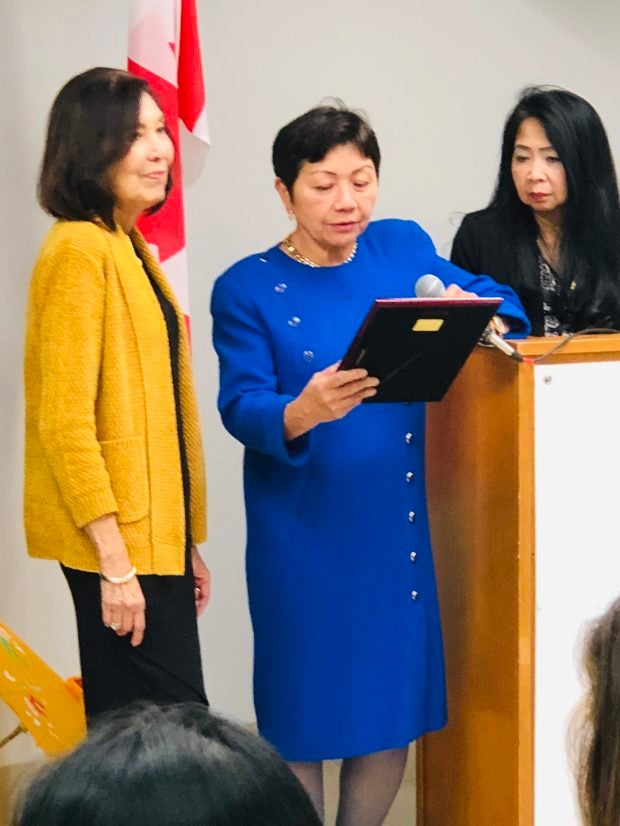 Mary Ann San Juan gives a plaque of recognition to Aida D’Orazio, a longtime FCT volunteer and supporter, acknowledging her for her original idea of the Outstanding Student Award. INQUIRER/Marisa Roque

The competition, which started in 2005, sought to “select and recognize exemplary elementary, high school, and post secondary students from public, Catholic, and other government-supported educational institutions in Ontario,” according to Tony San Juan, chairman of the RCJ-OSA committee and former president of Philippine Teachers Association.

The Honorable Shaun Chen, member of Parliament for Scarborough North, gave the keynote speech praising the Filipino Canadian community, like other hardworking members of the Canadian mosaic, for their patience, tenacity, and the high value they place on education.

LATEST
PNP to only assist in fetching COVID-19 patients from homes — Eleazar
Sunny and fair weather ahead as LPA expected to dissipate in next 24 hours
Prada headlines Milan’s first Digital Fashion Week
Zappos tries something new: sell 1 shoe instead of 2
Biden unveils $2 trillion climate plan in new contrast with Trump
MOST READ
usa Kellyanne’s part-Filipina daughter, 15, scorches Trump
usa Filipino bus rider in Vancouver told to ‘speak English here’
usa Filipino in NY kills own mother, a Covid survivor
usa Why leaders who terrorize people need ‘anti-terrorism’ laws
usa Police in So. California arrest woman who harassed Asians
usa Hundreds of Filipinos at risk in California have yet to be tested – survey
usa Anti-Terror Act is itself an act of terror