Australian missionary Sr. Patricia Fox was finally kicked out of the Philippines. The government could not stop the 71-year-old nun from protesting against injustices committed against Filipino minorities and the poor. Thus, savvy lawyers at the behest of President Duterte found a way to downgrade her visa, and then let it expire. What irony! A selfless person who has spent 27 years doing good things is branded persona non grata.

Thirty-eight year ago, on March 24, 1980, 62-year-old Archbishop Oscar Romero was gunned down by government assassins, while celebrating Mass in the chapel of the Divine Providence Hospital in San Salvador.  He was deemed too outspoken regarding his government’s oppression of its citizens, the silencing of its critics, and the killings of those involved in the defense of human rights.

Romero’s courage was inspiring. People flocked to his gravesite to pray for his intercession. In 1997, Pope St. John Paul II declared him a Servant of God. However, the process of his beatification was impeded by political factors. In December 2012, Pope Emeritus Benedict XVI removed impediments to Romero’s canonization. Pope Francis finally proclaimed him a saint on October 18, 2018. 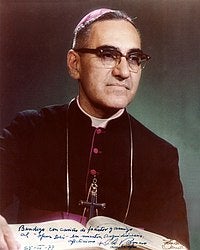 St. Oscar Romero was a soft-spoken and self-effacing man, but he did not hesitate to speak out against the brutality of El Salvador’s right-wing military regime.  Some of his fellow bishops criticized him, and affluent members of the ruling class, including friends, became hostile toward him.

Yet, the murder of civilian leaders, the massacre of farm workers, the shutting down of radio stations and printing presses, etc. compelled Romero to confront the government’s abuses. When he was warned that priests and bishops should not get involved in politics, Romero argued that taking a stand for social justice was consistent with living the Gospel and “fulfilling (his) mission in the politics of the common good.”

The government-controlled media lambasted Romero. Churches were desecrated. His priests and catechists were killed. But Romero continued to be “a voice for the voiceless and a defender of the rights of the poor.”  In a pastoral letter, Romero pointed out that the Church should be “in solidarity with (the poor), running the risks they run, enduring the persecution that is their fate, ready to give the greatest possible testimony to its love by defending and promoting those who were first in Jesus’ love.”

Archbishop Romero pleaded with the military to stop the killings, to refuse orders that broke God’s laws: “In the name of God, in the name of the suffering people whose cries rise to heaven more loudly each day, I implore you, I beg you, I order you in the name of God: stop the repression.” 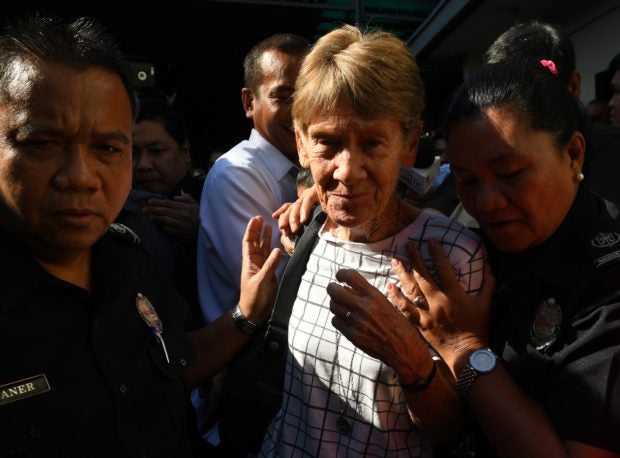 It is not hard to draw similarities between St. Oscar Romero and Sr. Patricia Fox. Both, gentle and soft spoken souls, but fierce in their criticism of government-sanctioned death squads.

Some contend that Sr. Patricia Fox should remain in the chapel, stay out of trouble and confine herself to praying. These attitudes hark back to primitive times when religion was seen as ensconced within the four walls of a church. Vatican II has clarified such misconception. Christianity and authentic spirituality actually invite all of us, clergy and laity alike, to engage in everyday life. Yes, even in politics.

Trailblazers like Dorothy Day, Dietrich Bonhoeffer and others have shown us how to open the doors of the chapel so that Christ’s presence extends to the public square, the marketplace, and beyond.

Christ’s parable of the Good Samaritan clearly enjoins us to stop, roll up our sleeves and actively help the wounded— not just walk by in silence and recite prayers for our poor brethren, in solitude.

Indeed, it is not enough to attend liturgy, pray the rosary, say our novenas. And then look away when our brothers and sisters are mistreated by a government that does not value human dignity.

Ora et labora– prayers and deeds. Not one or the other. But both.