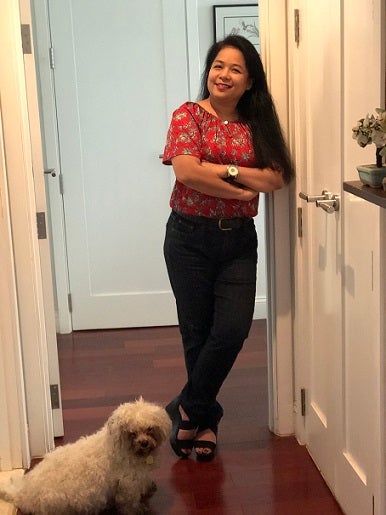 NEW YORK — In the late 1990s, way before the #MeToo Movement, lawyer Elizabeth Cueva worked for the City University of New York’s Office of Compliance and Diversity.

As the director assigned in Kingsborough Community College-CUNY, she led a panel that investigated sex-related incidents in the college involving students, faculty, college officials, employees and visitors.

At the time, recalled Elizabeth, the issue of sexual harassment was a “burgeoning field” with rapidly evolving jurisprudence.

Elizabeth thought then that because of the work they, and others in the academe did – conducting training, explaining liabilities, disseminating information, addressing and resolving cases etc. — they had created an environment of “heightened awareness” to keep the campus a respectful place.

While sexual harassment was in people’s consciousness, they did not dominate the news headlines as they do now. Except for non-traditional milieus, like entertainment and politics, little was heard of these cases after the Clinton years. Because of the “he said, she said” nature of the charges, some cases were either getting dismissed for lack of evidence, or settled quietly.

But something happened in 2014.

An avalanche of accusations, from sexual misconduct to rape, from an estimated 60 women came barreling down on Bill Cosby. Similar charges would topple Harvey Weinstein from where he reigned in Hollywood (80 women), and other prominent, powerful men. 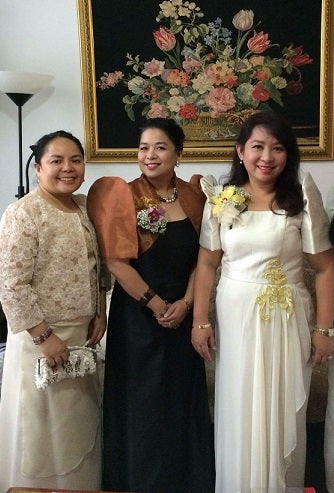 The Cueva sisters, from left: Cecilia, Elizabeth and Clarissa. THE FILAM

“I was flabbergasted with the wave of the #Metoo Movement,” said Elizabeth over a plate of pad thai one lazy Saturday at Talde’s. “I thought then OK, there is already heightened awareness. People were becoming aware that an unwelcome touch or inappropriate sexual remark or gesture could be a form of sexual harassment. There were fewer complaints, people were more conscious of their actions and of treating individuals with respect.” But evidently, a lot of these cases had remained unreported and sexual misconduct continued over the years.

Elizabeth closely followed the confirmation hearings of then Supreme Court Justice nominee Brett Kavanaugh, shocked at how the issue of sexual harassment has become so colossal and coercive, that allegations dating back more than 30 years could hinder a person’s prospect at being named to the Supreme Court. She has come to realize that notwithstanding relentless awareness campaigns, the issue remained “alive, contentious and polarizing.” Women are “emboldened” to come out now unlike before when there was “reticence” among some of them.

Elizabeth is the youngest of three Cueva girls. She grew up in Manila in a family filled with strong-willed women and men supportive of them.

Up until she was 3 years old, she was raised by her grandmother, Felicidad. From her ‘lola’ she learned independence. She was not doted on and was given much leeway tempered with discipline from which she developed a strong and independent character. Then, her grandmother left for the U.S.

“I remember crying at the airport, as in making a scene,” she recalled. “Coming back (from the airport), I was told you can go back home now. So, I walked to our house by myself, knocked on the door and walked back in.” She shared this account with an air of lighthearted nonchalance like it was the most natural thing in the world for a young girl to move back in with her family.

She spoke with equal tenderness about her mother, Gloria, who gave constant reminders to her and sisters Clarissa and Cecilia, about how women should be treated. Even at a young age, they were not shielded from harsh realities and made aware that girls (and also boys) should not be touched inappropriately. Not by strangers, not by relatives or any member of the family. Little did she know they were being schooled on sexual harassment prevention by their mother.

“My mom would discuss it with us,” she said. “It was shocking to hear but she would say things like, don’t trust anybody not even your relatives or never be in situations where you can be taken advantage of. We had that awareness.” By being blunt about these matters, her mother, in fact, sheltered them.

Elizabeth receiving a community award, enjoying the Manhattan skyline at dusk. THE FILAM

Her older sisters were role models in a way. Clarissa, the first-born, was always top in class, while Cecilia, the middle sibling, was the smartest about finances, “always the one with money.”

“We were three different personalities, but we were always together during our formative years,” she said.

As a young lawyer, Elizabeth would follow her family to Brooklyn in the 1990s, in Park Slope was where her grandparents and her parents had settled in comfortably.

“It wasn’t a conscious thing, coming here,” she began.

She was a working student, studying law in UP Diliman and working as a technical assistant and judicial intern of Supreme Court Chief Justice Marcelo B. Fernan. Then, she became a project and legal evaluation officer in the Department of Environment and Natural Resources under former Secretary Fulgencio Factoran.

After graduating from UP Law, she briefly worked as a corporate and environmental lawyer in the Philippines. She realized though that to be a lawyer of note in the country, one also needed to have “connections” even for the simplest acts of filing incorporation papers with the SEC or appearing before administrative tribunals. The appeal of going to the U.S. became stronger.

She “started from scratch” when she came to New York. She worked as a paralegal for an immigration law firm, took and passed the New York State Bar, and completed her executive master’s degree in Labor and Industrial Relations in Baruch College, graduating with honors. She found her way around NYC’s labor and human rights fields via the New York State Attorney General’s Office, CUNY’s Compliance and Diversity Office, NY State’s Department of Health and Department of Labor, all the way to the NY State Division of Human Rights, where she currently works as a lawyer and human rights specialist.

“When I was with the Attorney General’s office, I was doing prison litigation,” she said. “I was always in the areas of human rights, civil rights and social justice so my career path opened up to those areas. While I had stints in private practice, I would always end up in public service.”

As a labor and employment lawyer, sexual harassment stories in the news continue to fascinate Elizabeth. She marvels at the courage of the women who reported what happened to them. Not many do for shame, cultural and other reasons, but as a lawyer, she stressed the importance of letting others know and letting them know right away.

“We always encourage people to report because then we are made aware of a pattern of behavior. Even if there’s no corroborative evidence, a pattern of reported prior incidents makes the case stronger,” she pointed out.

She believes that rule of law is paramount when looking at cases, and can spell the difference whether a victim is to be believed or not, gets justice or not. © The FilAm 2018