TOFA to gather ‘heroes among us’ Oct. 27

TOFA to gather ‘heroes among us’ Oct. 27 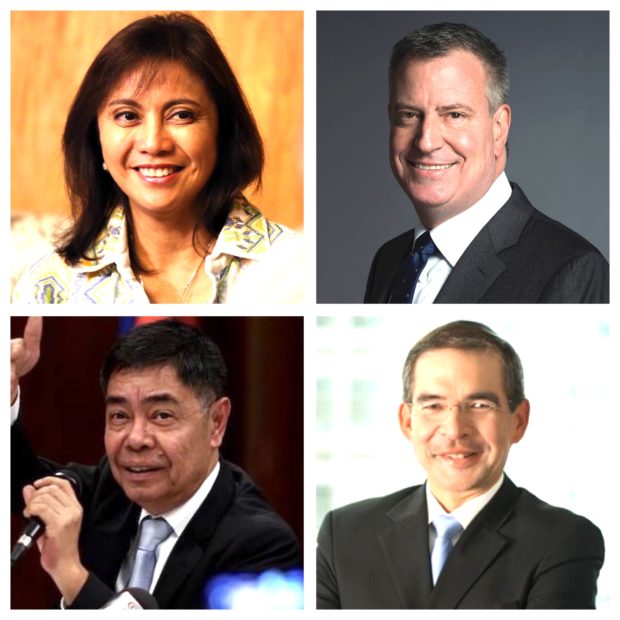 They are “ambassadors of goodwill” who inspire Filipinos all over the world with their commitment to deeply ingrained Filipino values, according to top Philippine government officials.

“Filipino migrants thrive in any environment they find themselves in. Once again, the TOFA Awards gathers some of the outstanding Filipinos in the United States of America, who have devoted their considerable talents and passion to making a positive difference in the world. This year’s TOFA awardees embody many of the values that are enabling the Philippines and the United States to work hand-in- hand toward mutual peace and prosperity,” Philippine Ambassador to the U.S. Jose Manuel Romualdez said in his message to the TOFA 2018 awardees.

New York Gov. Andrew Cuomo couldn’t agree more. “A thriving community of Filipino Americans adds to the quality of life here in New York State and across our nation, including many who have set and reached the height of excellence in various areas of endeavors,” he said in a separate message commending this year’s TOFA awardees. “These stellar individuals inspire future leaders and have earned well-deserved praise from a grateful community,” he added. Paying tribute to the remarkable achievements of this year’s TOFA awardees, New York City Mayor Bill de Blasio noted the many ways that Filipino New Yorkers contribute to the city’s unparalleled multiculturalism. “Whether they are giving back through their work as artists, entrepreneurs, educators, community activists, fashion designers, healthcare professionals, public servants, scientists, youth leaders, and more, Filipino Americans have made tremendous contributions to our city and country,” he said.

The NYC mayor also applauded TOFA organizers for their efforts to unite and uplift the FilAm community.

In her first-ever message to TOFA awardees, Philippine Vice-President Leni Robredo noted the heroism that permeates the Filipino narrative and how outstanding Fil-Ams keep this legacy alive.

“We are thankful to have heroes among us,” she said in her message to TOFA. “As we celebrate Filipino American History Month, let us be reminded of the values that define us as a people: our work ethic, our respect for all human life, and our undying commitment to make life better for our loved ones,” Robredo stated.

Ambassador Claro Cristobal, consul general at the Philippine Consulate General in New York— who is joining the TOFA celebration also for the first time, regards TOFA awardees as “exemplars” that deserve the community’s support.

“This year’s awardees join an exclusive list of Filipino and Filipino-American exemplars representing the finest and most accomplished of our people in terms of generosity, talent, flair and achievement. The awardees are evidence that in all fields, our people are capable of excelling and letting their brilliance shine,” he said in his message to the community.

“I encourage the community to support the awardees who have embraced causes that benefit society, because many of them are working very hard to improve lives both in the Philippines and in the United States. Our support will surely inspire many more to emulate their example,” Cristobal added.

Aside from keynoting the event, the New York consul general will be presenting the awards to TOFA’s honorees.

Aries dela Cruz, currently the highest-ranking Fil-Am state official in New York City, will be delivering a keynote speech on behalf of Cuomo during TOFA night. As well, Brendan Flores and Jose Minana Jr will be addressing the community on behalf of the National Federation of Filipino American Associations and Jollibee Foods Corporation, respectively. Reagan John Rada, a FilAm former jewelry designer of the late Dame Elizabeth Taylor will be giving an inspirational message.

Hosting TOFA Awards night for the fourth consecutive year is Dr. Boy Abunda, Asia’s King of Talk. Dessa, popularly known as “The Voice of Asia” is also flying in for the evening’s headline performance to complement local performers led by Geo Rebucas, who recently debuted at Feinstein’s/54 Below. Maestro Bobby Ramiro is also returning as the evening’s musical director.

“Every time TOFA season kicks in, people look forward to stepping into Carnegie Hall dressed in their best,” said Elton Lugay, TOFA Awards founder and executive producer. “We want our awardees to sit back, relax, and feel truly special for being an inspiration to all us.”

The sold-out event starts 8 p.m. at the Weill Hall of Carnegie Hall, home of TOFA Awards since 2011.