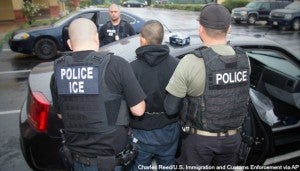 The affectionate Filipino term for a deportable alien in the United States is “TNT,” short for “Tago nang Tago” or always hiding. It also stands for “Takot na Takot” or very afraid. These two translations of the acronyms accurately describe their mental and physical state since President Trump’s Immigration and Customs Enforcement (ICE) agents began rounding up TNTs from countries all over the world after he assumed power.

The February 13, 2017 New York Times headline “Undocumented Immigrants Rounded Up” would not technically describe the Filipino TNTs because, unlike their Mexican counterparts who crossed over the land border from their homeland by foot, Filipinos entered through airports with passport documents, so they are not undocumented. But the term is preferable to “illegal aliens” because, as Nobel Peace Prize winner and Holocaust survivor Elie Wiesel said, “no human being is illegal.” Also, in a 2012 immigration decision of the US Supreme Court, Justice Anthony M. Kennedy noted in the majority opinion, “As a general rule, it is not a crime for a removable alien to remain present in the United States.” It is a civil offense.

Despite the 2012 ruling of the US Supreme Court, Trump in his Tweet on February 12, 2017, insisted: “The crackdown on illegal criminals is merely the keeping of my campaign promise.” What about legal criminals?

In his January 25, 2017 Executive Order about building the Mexico border wall, Trump included a provision vastly expanding the definition of who is considered a “criminal.”

A “criminal,” under Trump’s new order, is anyone who has been charged with a criminal offense, even if it has not led to a conviction. It also includes anyone who has “committed acts that constitute a chargeable criminal offense,” which means anyone authorities believe has broken any type of law — regardless of whether that person has been charged with a crime.

This order also encompasses anyone who has engaged in “fraud or willful misrepresentation in connection with any official matter or application before a governmental agency,” a category that includes anyone who has ever used a false Social Security number to obtain a job, a common practice of unauthorized immigrants. 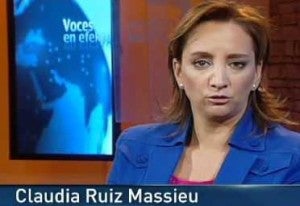 Just hours after Trump signed his executive order, Guadalupe Garcia de Rayos, a 35-year-old Mexican mother of two US citizens who has lived in the US since she was 14, went to the Immigration and Customs Enforcement (ICE) local office in Arizona for her annual routine check-in, her eighth visit to ICE since her 2008 arrest and conviction for using a fake Social Security number.

In all her previous annual check-ins, Guadalupe would be released and would return back to her family. Not this time. After Trump’s order went into effect, Guadalupe was detained and deported back to her native Mexico within 24 hours.

In an interview in Nogales, Mexico, Guadalupe told reporters that she feared what might happen if she went to ICE. An immigrants’ rights group told her she could skip the check-in and go into hiding or seek refuge at a sanctuary church in North Phoenix. Before her fateful appointment with ICE, Guadalupe and her family attended Mass. She said she clasped her hands and bowed her head in prayer and asked God to protect her. [It would be curious to be a fly in the sky when Guadalupe meets her Maker and expresses her disappointment that God didn’t protect her when she needed Him. God would reply that He sent an immigrants’ rights group to warn her not to go to her ICE appointment and to seek sanctuary in a church instead, but she ignored them.]

The total estimate of “deportable aliens” living in the Unitedd States is anywhere from a low of 11 million to the high estimate of 30 million given by right-wing Trump supporter Ann Coulter in her book.

The estimate of Filipino TNTs also varies from the low official estimate of 271,000 offered by Philippine Secretary of Labor Silvestre Bello to a high of one million given by Bernadette Ellorin, chair of Bayan USA.

“One out of every four Filipinos in the US is undocumented. That’s approximately one million TNTs living in the shadows and in fear of a repressive Trump administration that has called Filipinos ‘animals’ and from a ‘terrorist’ nation,” Ellorin said.

Special envoy to the United States Jose Manuel “Babe” Romualdez told CNN Philippines recently that the US Department of Homeland Security (DHS) identified “310,000 Filipinos up for deportation” but, he said, the number could be higher. An estimated four million Filipinos are living in the United States; Romualdez said that of this number, 800,000 could be “illegals.”

Romualdez advised the TNTs to return to the Philippines before they are deported, an advice contrary to what the Mexican government plans to do to assist its nationals in the United States.

The example of Mexico

Immediately after Trump’s election, Mexico’s Foreign Minister Claudia Ruiz Massieu vowed to draw up “plans of consular protection and assistance” for the millions of her countrymen facing imminent removal from the United States under a president who has called them “murderers and rapists.”

Massieu spoke directly to Mexicans living in the United States through a video feed on Twitter. “Countrymen, these are moments of uncertainty,” she said. “Be calm, do not fall for provocations, and don’t let yourself be fooled.”

Mexico will also expand its consular services, like providing government IDs to undocumented immigrants, helping immigrants find their birth certificates, and providing general legal assistance. It will launch a new toll-free number and roll out an app for Mexicans to use if they need any kind of assistance.

In contrast to Mexico’s posture, Philippine President Rodrigo Duterte announced that undocumented Filipinos facing deportation from America due to US President Donald Trump’s crackdown on undocumented immigrants and refugees cannot expect help from the Duterte administration.

“To Filipinos there (in the United States), you better be on the right track. If you are not allowed to stay there where you are staying, get out because if you are caught and deported, I will not lift a finger. You know that it is a violation of the law,” Duterte said.

Duterte said he would respect Trump’s executive action because Trump had assured him that he too would respect Duterte’s brutal war on drugs in the Philippines. Quid pro quo.

“If he has policies to protect his country, I will understand … So out of respect, I will not interfere,” Duterte said.

The TNTs remit billions of dollars to their families in the Philippines even as they live in hovels and are regularly subject to abuse by employers who take advantage of their “illegal” status by paying them low wages while working long hours.

With Duterte as president, Filipino TNTs cannot expect their government to “lift a finger” to help them except a middle finger to tell them they’re on their own.

They will have to rely on their families and friends and in the network of non-governmental organizations (NGOs) in the Filipino American community.

Two days after Trump issued his anti-immigrant executive orders, the Filipino community in Jersey City, New Jersey, held a town hall meeting at the Philippine Community Center to discuss the orders’ impact on them.

Atty. Cristina Godinez of the Migrant Center at the Church of St. Francis of Assisi said: “The two EOs are just the beginning. They are un-American not just because they go against the proud history of the US as a nation of immigrants. These EOs pose a national security risk because they drive the undocumented deeper into the shadows. Non-citizens who had or will have any encounter with law enforcement–no matter how minor–are at risk,” warned Godinez.

“The EOs’ language is so broad that this Trump dragnet will potentially capture TNTs, those who are here as tourists, students or temporary workers, and even green card holders most of whom are peaceful, productive members of our communities,” added Godinez.

The National Federation of Filipino American Associations (NaFFAA), with 12 regional chapters throughout the US (naffaa.org), held a special Board Summit of its national Board of Governors in Houston, Texas, on Jan. 27-28, 2017 to address this issue.

Speaking for a united Board, NaFFAA National Chair Brendan Flores said, “We are closely monitoring President Trump’s recent executive orders, which has the potential to affect many lives of Filipino-Americans, including refugees and immigrant families across the nation. The United States has always been a nation of immigrants, and a beacon of democracy. NaFFAA is committed to work with other Filipino American leaders and advocacy groups to uphold our country’s cherished values during these transitional times.”

NaFFAA will initiate advocacy and awareness campaigns, convene planning calls, and compile resources to help Filipino families who have been impacted. NaFFAA Executive Director Jason Tengco added: “We cannot overlook the fact that during his campaign, then-candidate Trump suggested banning immigration from certain countries, including the Philippines. NaFFAA wants to serve as a forum for Filipino Americans to work together to ensure that community members are aware and engaged moving forward.” One positive outcome of Trump’s anti-immigrant putsch is that groups from all political stripes in the Fil-Am community are coming together to unite on this issue. The National Alliance for Filipino Concerns (NAFCON) and Migrante SOMA held a town hall meeting at the Bayanihan Community Center in San Francisco to discuss the dire situation of TNTs who, they said, “live in a perpetual state of fear and uncertainty.”

“They shouldn’t live in fear,” said Terrence Valen, director of Filipino Community Center and president of NAFCON. “They should be prepared, and assert their rights together with community groups and organizations. Lawyers are ready and willing to help them.”

Princess R. Bustos, a community organizer for Migrante SoMa added: “We are our only defense, and the only way that we can fight against these attacks against our community is to stand together, fight for our rights, and protect each other,” she said. “We will not let Trump’s divisive tactics of pitting groups against each stray us from holding him accountable.”

Though Duterte and his government will not lift a finger to help Filipino TNTs in the US, the Filipino American community promises to use all the fingers in its hands to band them al together to protect and support our TNTs.