Fil-Am gets grant to document stories of Filipino nurses in the U.S. 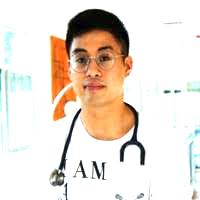 Nursing graduate student Ren Capucao will videotape stories of nurses from early batches of immigrants to the the U.S. LINKEDIN

A Filipino American graduate student in nursing at the University of Virginia won a Virginia Humanities grant for an oral history project on Filipino nurses in the United States.

Ren Capucao, the son of a nurse from the Philippines, received a grant of $6,500 to videotape interviews with nurses from the early batches of immigrant health professionals and mount a show at the Philippine Cultural Center in Virginia Beach next summer.

“Filipino Americans are the largest internationally educated group of nurses in the United States. That trend traces back to the early 20th century when this country took control of the Philippines, taught residents English, and began training women in the newly created field of nursing,” Capucao told Virginia public radio WVTF.

In the United States “they could earn more in a day than they’d make in a month back home,” he added.

“After the Second World War some of their brothers joined the U.S. Navy as stewards and mess hall attendants.  Many ended up in Norfolk, making weekend trips to find brides in East Coast hospitals,” taking two Greyhound buses to Philadelphia where there were many Filipino nurses they could court and start a family with.