NEW YORK—In Goyo: Ang Batang Heneral(The Boy General), the portrayal of Emilio Aguinaldo (Mon Confiado, reprising his role in Luna), is much harsher than in Heneral Luna. The screenplay of this sequel, by Rody Vera and Jerrold Tarog, leaves no doubt about which side it takes in the contentious debate on whether Aguinaldo did in fact order the assassination of Antonio Luna. In one scene, General Jose Alejandrino, who was of Luna’s faction but was spared probably because he himself was not thought to be a threat to Aguinaldo, asks the latter whether he did order the killing of the irascible Luna. Aguinaldo replies that it was either Luna or him. 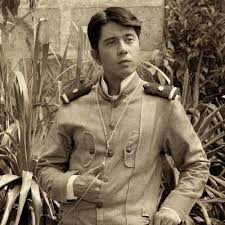 The film draws a somewhat convincing portrait of the young Gregorio “Goyo” del Pilar, nephew of the Propagandist Marcelo del Pilar, and a favorite of Aguinaldo. At the age of twenty-three, he is the youngest general in the army. A pretty boy, a dandy, one who sets young women’s hearts fluttering, he is well aware of his public image and careful in his cultivation of it. Paolo Avelino is up to the task, at times appearing to be a young man pursuing women and out to enjoy life with his brother and a close friend, and at other times perfectly willing to be Aguinaldo’s enforcer, like Luna in a sense but one who will not presume to be Aguinaldo’s peer nor question his motives. On the contrary, to him falls the task of ferreting out officers devoted to Antonio Luna.

Under his instructions, one such officer, the captured Manuel Bernal (played superbly by Art Acuña) is tortured and then executed but not before the bloodied Bernal defiantly accuses Del Pilar of being Aguinaldo’s dog, barking derisively as Goyo leaves the torture chamber.

What I found a bit of a puzzle was the lack of any scene, except for the climactic last-ditch stand on Mt. Tirad, that gives us a sense of Goyo as a military strategist, whether it is examining a map, probing for weaknesses on the American side, or proving his mettle in battle. Perhaps it was the film’s intent to depict him as more of a romantic and romanticized figure than a hard-nosed, battle-tested warrior.

Planning evidently was not a strong point of either Goyo or Aguinaldo—tactical skills that Antonio Luna had and that were sorely missed. In the five-month lull before the American offensive against Aguinaldo begins, the Philippine forces seem not to have taken advantage of this by fortifying their defenses and scouting the American side to learn of their plans. Understandably the sentiments of Aguinaldo’s Cabinet was to come to some kind of arrangement with the gringos, independence be damned—the main reason of Luna’s scathing put-downs, earning him their hatred.

What to me was the film’s most compelling aspect was the viewer being privy to Apolinario Mabini’s analysis, providing us with an in-depth view of the dynamics of both the revolutionary government and the complex relationships between its principal actors. 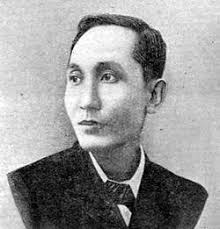 Writing in his account of the Philippine Revolution, the Sublime Paralytic judges Aguinaldo as a leader who chooses his men based on loyalty to him rather than to the greater cause: a sovereign nation free from the clutches of a would-be colonizer. He suggests that Aguinaldo’s “only salvation was a glorious death on the battlefield…[W]ith Aguinaldo meeting death in a supreme effort to defend our national freedom, such a heroic act would restore his reputation and at the same time honor the Filipinos.”

Mabini’s thoughts are all the more pointed in today’s circus—and crisis—politics, the ringmaster being President Duterte, with his Cabinet, really a menagerie of obedient performers who will go through hoops for their master. The theme of tribal and partisan politics resonates all throughout the film, and is clearly a commentary on, and a dig at, the current state of affairs and that can apply as well here in the United States.

TBA, the collective of producers behind Heneral Lunaand Goyo, is to be lauded for its welcome and thoughtful reenactments of historical events that made the nation what it is today. I’d love to see the brilliant Mabini as the subject of its next feature. He is more of a hero than any of the principals we have seen in these two films, fighting—and winning—the hardest battle of all: keeping one’s principles and integrity intact.