The rush to put Kavanaugh on the U.S. Supreme Court

The rush to put Kavanaugh on the U.S. Supreme Court 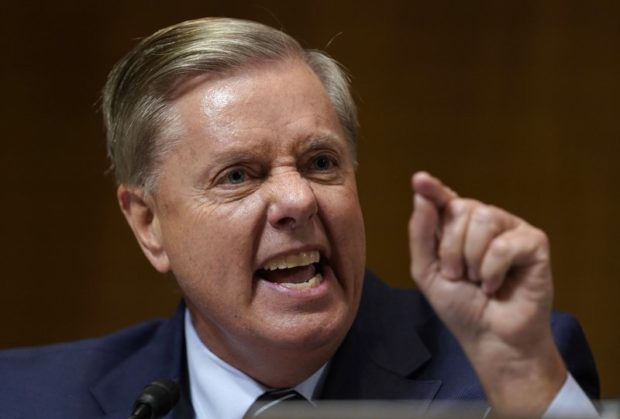 It’s all optics in the politics of showbiz.

What does it look like? Do you have cover?

Sen. Jeff Flake didn’t. Not when he walked into an elevator on Friday.

The soon-to-be-retired Republican senator from Arizona, who also wants to president someday, realized his announced vote for Brett Kavanaugh had to come with conditions.

A protester who cornered him in the elevator acted as his conscience.

“You are allowing someone who actually violated a woman to sit on the Supreme Court, this is not tolerable,” a female protester harangued Flake as he stood in the elevator. Caught on video tape, Flake might have realized, he could do the nation a favor.  His vote on the Judiciary Committee was the margin of victory to pass Brett Kavanaugh to the next step in the process.

He simply moved to make his Kavanaugh vote conditioned on a “limited” FBI investigation that would run a week.

Senator Mazie Hirono told CNN  she wants to see a copy of the final when it’s done and expects that all three women who’ve come forward against Kavanaugh be questioned.

And, of course, she wants to hear details about Kavanaugh’s drinking. “What kind of parties did he go to. And clearly Mark Judge (said to be an eyewitness) needs to be questioned very carefully,” Hirono said. 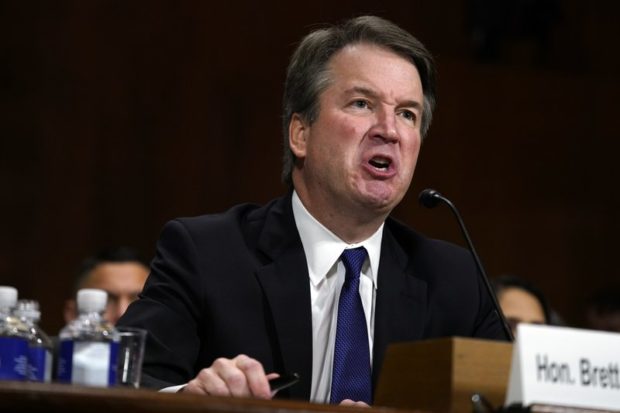 It seemed that all the nation wanted more information after that emotional hearing Thursday.

Dr. Christine Blasey Ford had me at “I’m terrified.”

She read it in her opening statement. But it was also noted by Rachel Mitchell, the Maricopa County attorney who was hired by the Republican males of the Senate Judiciary Committee to be their prophylactic device.

They didn’t like looks of a white men picking apart a woman like Blasey Ford, so they hired a woman, Mitchell–to be their human shield.

But Mitchell was too sensitive to do the GOP’s dirty work like some robot.

“I just wanted to tell you the first thing that struck me from your opening statement this morning is that you were terrified,” Mitchell said to Blasey Ford with great empathy. “And I just wanted to let you know I’m very sorry, that’s not right.”

If only the Republicans of the Judiciary Committee had engaged Ford as directly, or simply showed her the respect she deserved. But they were only interested in covering their own political butts. They weren’t interested in Blasey Ford’s well-being, in getting at the truth, or even in making sure the best person gets put on the highest court of the land.

It got so bad watching the hearings, during the breaks, I was vehemently punching and kicking my  martial arts dummy known as BOB (Body Opponent Bag).

BOB knows I’m plenty alpha male enough, but I’m definitely more beta. As Sen. Mazie Hirono might say, I’m probably a more “enlightened male” than not. But that’s only because as an Asian American male, I know what it feels like to be belittled, ignored, or made to act deferential.

I know I have my “man card” somewhere, but as an Asian American male, there’s been an historical pattern in America to face a kind of discrimination that finds you feminized, infantilized and emasculated.

It takes courage to rise up against that.

And that’s a big reason I believed everything Blasey Ford said.

Especially when she was asked how certain she was that Brett Kavanaugh was her assailant.

There’s no mistaken identity. She remembered the telling detail, and the “uproarious laughter.”

Remember, it’s not a court. It’s a hearing. A job interview. Feelings are as important as facts.

With that, there was only one way Kavanaugh could wrest away Blasey Ford’s momentum–to out-victim her.

Kavanaugh came out swinging like a white male besmirched. It was white Clarence Thomas and the suburban Maryland version of high-tech lynching. He didn’t blast away at Blasey Ford’s story. Instead, he defended his reputation! His good name! He’ll never get to coach little kids again!  When Kavanaugh wanted emotion, his kids were the go to (praying for the woman?)

So why didn’t he jump at the opportunity when offered to protect his name by agreeing to an FBI investigation?  His answer, implying that the FBI just provided paperwork, was misleading. Even if the FBI  doesn’t make a determination, it finds the relevant facts.

And if the whole truth and nothing but the truth were really the goal, why not subpoena Mark Judge, the other person said to be in the room with Kavanaugh and Blasey Ford? Have Judge questioned live under oath.

It’s a strange process, these judicial hearings. Just a job interview, not a trial? Maybe that’s why the Republicans want to rush things through. They got their man. Why bother with a woman’s details?

Meanwhile, Kavanaugh’s partisan pettiness was on full display, villainizing Sen. Feinstein for slow-playing the Blasey Ford card until the last minute. There could have been an FBI investigation, he says, though he doesn’t want one now. Kavanaugh talked about some left-wing conspiracy like the former political operative he was. And then he went snotty and arrogant when asked about his excessive drinking, answering Sen. Amy Klobuchar and others  with mocking questions about their own drinking habits.

Is this man supreme worthy?

One can easily imagine Kavanaugh as a nasty preppy, an entitled drunk, fully capable of doing everything Blasey Ford alleges.

So, someone is lying under oath.

He has too much to lose. And everything to gain.

Kavanaugh was clearly playing to Trump, showing the president he can spot Blasey Ford the lead and come back in the last quarter.

And when Kavanaugh’s smarminess failed, he had the Nouveau Trumpy Lindsay Graham to pick him up and defend him.

“If you wanted an FBI investigation, you could have come to us,” Graham said to his Democratic colleagues histrionically. “What you want to do is destroy this man’s life, hold this seat open and hope you win in 2020.”

“You got nothing to apologize for,” Graham said to Kavanaugh. “And when you see Sotomayor and Kagan, tell them that Lindsay said hello, cause I voted for them.”

It was a throwback to the days before Supreme Court picks got so partisan, when Republicans voted for Democrats and vice versa.

Of course, Graham conveniently forgot how the Republicans left a seat open for more than three months and didn’t even give Obama’s SCOTUS pick, Merrick Garland, a hearing.

Now that was a sham. And then Mitch McConnell rigged the rules and went nuclear so that Gorsuch could get on the bench.

But this is the real Graham, now that his good friend and former conscience Sen. John McCain has died.

He then threw Kavanaugh a softball.

“Are you a gang rapist?”

That was about as ugly as it got.

Later, I was surprised to hear people who like Trump love Kavanaugh’s antagonism.

Blasey Ford? She acted like a woman who had been assaulted, then forced to relive it in front Republican senators who hid behind their prophylactic.

Going forward, the best thing would be to delay and get at the truth, including the claims of at least two other women.

The bum-rush of Kavanaugh on to the court may still be on.

Flake put on the brake. There will be an investigation.

But look at what he really did.

Flake’s motion conveniently provides cover for all the senators on the fence to vote for Kavanaugh. “See, we did an FBI investigation and he’s good,” they can say. “We did our jobs!”

In other words, it may slow but not stop, a man who has shown me and a good deal of the nation, that he is not fit to serve as a justice in the highest court in America.

Let’s hope the FBI takes pride as it looks into Kavanaugh. The American people deserve a judge who won’t be seen as a Trump lapdog.

Emil Guillermo is a journalist and commentator. He writes a column for the Inquirer.net’s North American Bureau. Listen to him on Apple Podcasts. Follow on twitter @emilamok