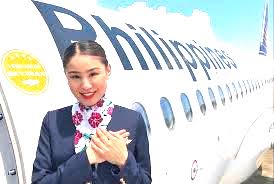 ATLANTA, Georgia — Barely a week since the Department of Homeland Security announced last Saturday a new federal proposalthat would allow immigration authorities to deny visa renewals or green cards to documented immigrants who use some public benefits, advocates say it has already sent a “chilling effect” on immigrant families and individuals across the country.

“The fear and anxiety in the community is palpable. What we are seeing here is that this new rule actually [forces] immigrants to terminate their access to public health care and housing benefits in order to remain eligible to become permanent residents,” said Amanda Lugg, director of advocacy with the African Services Committee, in a national press briefing with immigrant rights leaders.

Under the new policy, known as the “public charge” rule, using food stamps, getting Medicaid, or using Section 8 housing vouchers or living in public housing could make some immigrants ineligible for a green card or get admitted to the United States. Those who utilize the Medicare Part D program for prescription drugs would also be hurt by the rule.

“It will be catastrophic,” said Lugg, adding that they have started seeing immigrants who now refuse to be enrolled in a housing program assistance, even they are eligible, because they want to make sure their green card applications get approved and be able to remain in the United States.

“I am terrified,” said Sandra Castaneda who first heard about the public charge policy on Sunday afternoon at Saint Sebastian Catholic Church on Woodside Avenue in Queens, New York. “I have been working two jobs already. Without a public housing assistance program, I don’t know what my family is going to do, but I certainly want our green card applications to be approved.”

“The impact of this rule would be significant as the Trump administration is trying to expand the list of public programs that will be used in deciding some [immigration] applications,” said Sara Feldman, Ready California project director with the Immigrant Legal Resource Center (ILRC).

Described as one of the tactical moves by the White House to reduce drastically all immigration to the United States—both documented and undocumented—by driving away immigrants the administration deems a drain on the country and therefore a “public charge,” advocates say the proposed policy would increase prevalence of homelessness, hunger and poverty as well as obesity and malnutrition, especially among pregnant women, infants, or children. 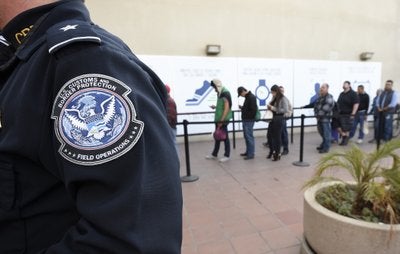 For immigrants with life-threatening health conditions such as diabetes or those tested positive HIV and AIDS, advocates add that these group of individuals may opt out of getting their medicine through public aid. And when people reduce prescription adherence, it would spike cases of communicable diseases, including among members of the U.S. citizen population who are not vaccinated.

“We have already talked to a couple of immigrants who are willing to postpone taking their antiretroviral medication until they’re sick enough,” Lugg added.

“I am afraid that this rule would put my family and millions of other poor immigrants to choose whether do we want to live in a decent house and get proper healthcare, or do we want to stay in this country?” Castaneda said.

Millions of immigrants at risk

According to Migration Policy Institute, about 2.3 million of the 4 million legal immigrants who arrived in the United State during the past five years could be at risk of becoming a public charge.

And applying the definition of public charge outlined in the proposal, the MPI study estimates the share of non-citizens who could face a public-charge determination based on benefits use would increase more than 15-fold—from 3 percent under current policy to 47 percent under the terms of the new rule.

In New York City, officials estimated that about a million New Yorkers could be affected by the proposed rule.

If immigrant parents would disengage from using welfare benefits to avoid any indication that they would be a burden on the state’s resources, the cutbacks on public health care coverage or food stamps could also hurt or increase strains on their children, even if these children are U.S-born citizens.

In a 2016 report conducted by the Henry Kaiser Family Foundation, findings show that nearly 20 million or one in four children had at least one immigrant parent, and 17.7 million of these children were U.S. citizens.

In a statement on Saturday, Homeland Security Secretary Kirstjen Nielsen said: “Under long-standing federal law, those seeking to immigrate to the United States must show they can support themselves financially.”

She said that the Homeland Security assures “to be transparent in its rule-making and is welcoming public comment on the proposed rule.”

“This proposed rule will implement a law passed by Congress intended to promote immigrant self-sufficiency and protect finite resources by ensuring that they are not likely to become burdens on American taxpayers,” Nielsen added.

The new rule, however, has not yet been published to the federal register.

Advocates say that once it is published, which may or may not happen in the coming weeks, the public will have 60 days to comment on the rule and that the Congress needs to consider all the comments in order to make changes and approve it.

“Again, this rule has not gone into effect yet,” said Erin Quinn, staff attorney of the ILRC. “And it is not retroactive.” It means that immigrants won’t be penalized for public benefits they have used in the past.

Time to fight back

As the new rule did not come as a surprise for immigrant rights advocates, since a couple of version of the proposals had been leaked earlier, they are preparing to block the rule from getting approved.

While a public charge determination will continue to be based on the totality of circumstances, she said the current administration will have an enormous discretion to deny immigrants admission to the U.S. or a green card.

“It (public charge policy) will make an already complicated and confusing immigration system even more complex—and less accessible to many immigrants,” Cervantes added.

This article was produced from a telebriefing with ethnic media conducted by the Ethnic Media Services and Immigrant Legal Resource Center.