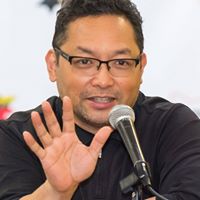 YORK — Ramon Gil was just boy when his Lola Avelina J. Gil, at the time writer and editor at Phoenix Publishing, would use her store credit at Alemar’s to buy him all the comic books he wanted. This cemented his love for comics for the rest of his life.

Flash forward years later when the family moved to Los Angeles, where Ramon attended high school and college. “I never really felt like I fit in, so ethnicity and culture has always been on my mind,” says Ramon.

At university, he took on leadership roles in the Pilipino American Coalition, The Asian American Student Association and founded the Asian Pacific Council. When he moved to New York City in the ‘90s, he led Arikpelago, a Filipino artists’ collective and organized the Asian Pacific American Heritage Festival, which was attended by thousands. 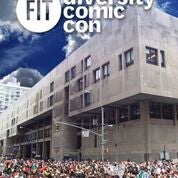 Today, he combines his love for comics with his passion for event organizing as he produces Diversity Comic Con, October 11, SUNY Fashion Institute of Technology where he teaches.

“While the medium of comic books has been around for almost a century, the visibility and participation of minorities have been sorely lacking. But times are changing, and the causes and visibility of multicultural arts and stories are more crucial than ever,” states the event’s website.

“Almost all my comic book stories have lead characters who are Filipino or Asian. I’ve always advocated for more visibility of Asian Americans in media,” declares Ramon. 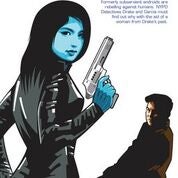 “Diversity Comic Con is the culmination of all my different experiences and efforts.”

Among Ramon’s credits are the comic series The Hard Code and The Professional(s) both of which use Filipino talent and feature Filipino Americans as the protagonists.

“In fact, my very first comic book featured Rudy Nebres, who is a legendary Pinoy comic artist from the ‘70s both here in America and in the Philippines.” Ramon beams.

Among the featured guests of Diversity Comic Con are Dennis Crisostomo and Jim Jimenez of Philippine-based media company Epik Studios.

“We’ve been looking for ways to collaborate with Ramon ever since we met him at New York Comic Con.” relates Dennis. “He is truly a friend of creators of color and you can see how he promotes diversity in his work.”

Epik Studios is currently producing a feature film based on their graphic novel “Pedro Penduko” and will be debuting their latest book “Osyana” in New York.

Diversity Comic Con will be happening on October 11 in New York City and tickets are free. For details, visit http://diversitycomiccon.com