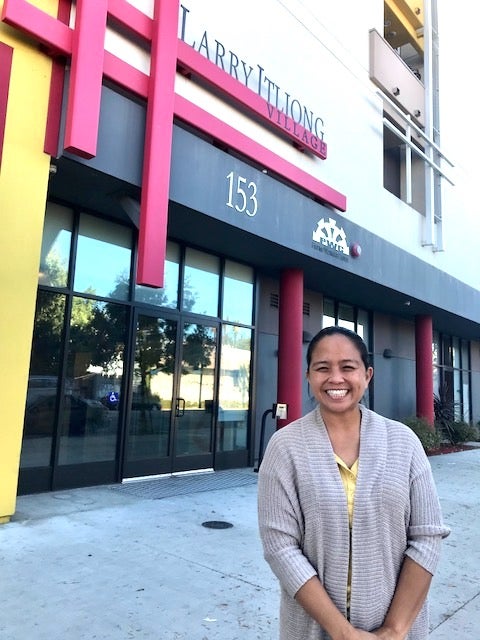 LOS ANGELES — Two Filipino Americans are being included this month on the list of 200 living individuals who best embody the work and spirit of American slavery abolitionist Frederick Douglass.

Aquilina Soriano Versoza, executive director of the Pilipino Workers’ Center (PWC) in Los Angeles, and Jose Antonio Vargas, well known Pulitzer Prize-winning writer, filmmaker and immigration activist originally from San Francisco, were named among individuals who carry on Douglass’ work “across those areas where he had such an impact — abolitionist, politician, writer, feminist, educator, entrepreneur, and diplomat.”

Versoza and Vargas join the prestigious honorees who, through their work, have made a difference in various settings, including Michelle and Barack Obama, Oprah Winfrey, Dolores Huerta, George and Amal Clooney, Bill Moyers, LeBron James.

The announcement was published by the US-based edition of The Guardian. The Frederick Douglass 200 (FD 200) honors the impact of 200 living individuals in the world. The FD200 has been curated and compiled by the Frederick Douglass Family Initiatives and the Antiracist Research and Policy Center at American University in Washington, DC.

Partnering with the FD 200, the Guardian will publish the list each week, between now and November, adding a list of 10 new people who have joined the FD200. All awardees will be honored at the Library of Congress in Washington, DC on Douglass’s next birthday, February 14, 2019. 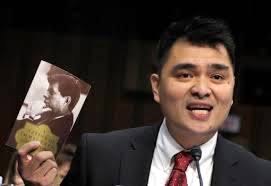 This year is Frederick Douglass’s Bicentennial celebration.  “After escaping slavery at the age of 20, Douglass went on to become one of America’s most celebrated abolitionists – tirelessly campaigning against slavery,” wrote The Guardian.

In an interview, Versoza said she was pleasantly surprised to receive an email last September 4 from the FD Foundation that she was being recognized in the category of “The Abolitionist.”

While she was not aware of who may have recommended her name, Verzosa said the category where she is included coincides with her core values of organizing and empowerment.  “I’d like to find ways to break down barriers for people to get out of their hopelessness, as victims of domestic violence and poverty, for example.”

“The core work that I do now is organizing against human trafficking which to me is a form of slavery,” the petite PWC director explained.

She said there are different forms of economic limitations imposed on impoverished people  such as wage theft, or not receiving even the minimum wage due to perhaps their immigration status.  “This keeps people in situations where they have to choose from medical care versus housing or food or education or care for themselves.” She goes by a personal belief:  “Economic freedom does not mean you have to be rich; it means you have enough to meet all your needs to meet your maximum potential as a human being.”

She runs PWC with a dedicated team, many of whom were former anti-martial law activists and are now human and civil rights advocates. Among the officers of PWC in LA are  Lolita Andrade Lledo,  Malou Villacisneros, Myrla Baldonado, Teresita Mercado, Aurora Andalajao, Ian Kamus.

The center provides aid to victims of labor trafficking by filing lawsuits, providing temporary shelters and information, and networking with other agencies.

PWC has some 1,200 dues-paying domestic worker members.  The center, named after the Filipino labor leader Larry Itliong, houses 45 families including Filipinos, Latinos, African Americans and those from other Asian groups.   It recently won a $7-million lawsuit against a care-giving facility in San Fernando Valley, which employed mostly Filipinos.

Versoza said PWC has collaborated with other agencies and legal organizations in filing legal complaints and won most for the benefit of the workers’ rights. “A large contingency of care givers in this country are Filipinos and the need for home care services is exponentially increasing due to the aging of the population.  By 2050, it is projected that care giving would be the top job in the U.S.”

Versoza is involved with a network of advocates in developing and supporting legislation for additional funding under the “universal long-term support” bill coming up in the next legislative season; she named AARP, Justice in Aging Agency, various labor unions, among others.