Flooding in 2010 in Pompton Lakes, a borough in Passaic County. The Ramapo River is nearby. USGS

NEW YORK — Jersey City, New Jersey is where IBM engineer Virginia Mayo Policarpio came of age. She, her husband, and their three children live in a gated community called Society Hill, not far from where she and her parents once lived as new immigrants.

Like Policarpio, Jenny Castaneda is very happy living in Jersey City. Home is a two-family residence in The Heights, an elevated district, with a garden that grows persimmons in the fall and blooms five colors of lilies in summer. She lives with her mother and her now college-age son.

When informed that Jersey City is one of the coastal cities that face the risk of serious flooding from climate change, both women reacted with surprise.

“I didn’t know that,” said Jenny, who works in the construction industry.

Virginia noted the irony with a laugh. “The reason we chose to live in this waterfront property is because it is not too congested and we want to live near the water.”

Virginia and Jenny are among an estimated 20,000 Filipinos who reside in Jersey City or the so-called “Wall Street West” where banks, high-rise apartments, and financial service companies compete for premium space along the Hudson River waterfront.

Renters or owners of waterfront properties, however, are not the only ones vulnerable to flooding, according to Rutgers University scientists. Communities of color and low-income immigrants are believed to be generally at risk depending on factors, such as 1) Family Structure, Race and Socioeconomic Status; 2) Linguistic Isolation, Ethnicity and Population Density; and 3) Age. These “socially vulnerable populations” are focused on day-to-day living and not deeply engaged in public conversation about climate change.

They have little “access in terms of messaging,” said Jeanne Herb, associate director of Rutgers University’s Edward J. Bloustein School of Planning and Public Policy that conducts research on environmental issues. She spoke before a September 7 Media Roundtable with community journalists.

Rutgers scientists believe low-income communities are prone to illnesses related to extreme weather, poor air quality, and infectious diseases. Some of them live in housing conditions that are ill-equipped to manage variable weather conditions, or they perform jobs that expose them to chemicals as health risks.

A study shows the populations hardest hit in the aftermath of Hurricane Sandy in 2012. According to the “Vulnerable Populations to Climate Change in New Jersey” published by the Edward J. Bloustein School of Planning and Public Policy in Rutgers and The State University of New Jersey, among these groups were low-income families in major cities, such as Newark, Camden, Trenton, Jersey City, and portions of the more rural south in Cumberland, Gloucester, Salem, Camden, Atlantic and Burlington counties. Also impacted were mobile home communities and residents of nursing homes.

Superstorm Sandy is considered a ‘game changer’ in the study of the environmental awareness. 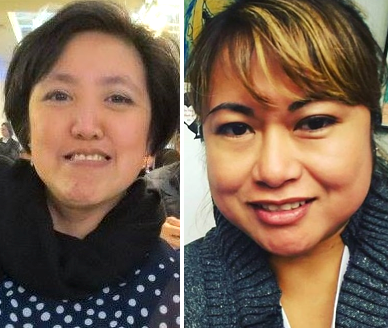 “Lack of access to good health care and increased potential for flooding” expose such communities to a variety of health risks, said Ana Baptista, chair of Environmental Policy and Sustainability Management Program at The New School, who spoke at the Media Roundtable.

It never occurred to Jenny Castaneda that her lingering asthma condition may be the effect of extreme weather.

“Usually, one outgrows asthma,” she said. “My friends in California don’t have it anymore, but I still have it. I thought it’s because we have the four seasons here on the East Coast.”

Jenny and Virginia said they are not so worried about owning property in flood-prone Jersey City. During Hurricane Sandy, their homes did not experience any flooding, and the only evidence of a lifestyle disruption was a power outage.

They do their bit for the environment, such as recycling and separating plastic products, using energy-efficient lighting and appliances, and as Jenny added, “My son is conscious about how much water bottles he uses.”

Virginia feels her children are “too young” to really understand climate change, but that they have a lot of questions about the weather – Why is it too hot? Why do we have four seasons? Why is it hotter in the Philippines?

The bottom-line, according to New Jersey State climatologist Dr. David Robinson, is that climate change is already happening, citing as evidence New Jersey’s hotter summers since 2005 and its rising sea levels.

“Climate change is occurring and will continue to occur,” he said at the Media Roundtable, and that is why “we need to understand it better.” © The FilAm 2018