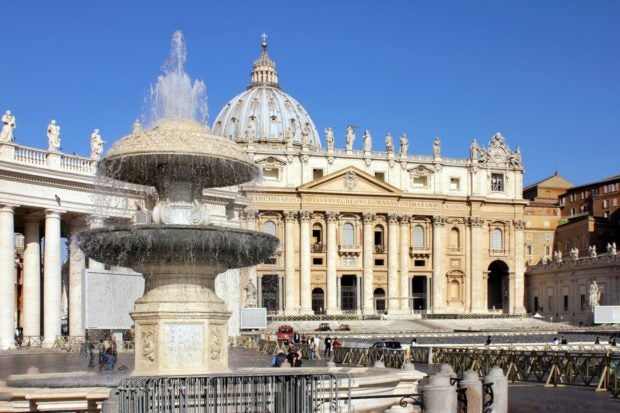 In the late Medieval period, the Roman pontiffs were concerned with the construction of the physical church. Julius II (1443-1513) commissioned Michelangelo to paint and lavishly decorate the ceiling of the Sistine Chapel (now considered a priceless treasure of humanity), while Leo X (1475-1521), the pontiff who excommunicated Martin Luther, created more commissioners and sent them to all parts of Europe to hard-sell indulgences in order to raise more money to rebuild Saint Peter’s Basilica in Rome.

It is my personal belief that Pope Francis, the Vicar of Christ on Earth in our time, like Saint Francis of Assisi also received the divine call to repair, heal, revitalize, recharge, and renew the Catholic Church, obviously not the St. Peter’s Basilica inside Vatican City but the universal Church, the pilgrim People of God.

In 1206, Jesus of the chapel of San Damiano, outside Assisi, spoke to the poverello: “Francis, Francis, go and repair My house which, as you can see, is falling into ruins.”

Today, Pope Francis is faced with a Church seemingly “falling into ruins,” caused by a series of aftershocks of the clerical abuse scandals and the Vatican crises, following the recent release of a grand jury report in Pennsylvania and the Vigano Letter.

The Herculean tasks ahead

The conclave of 2013, which elected the first Jesuit pontiff, took place “in one of the lowest moments in the reputation of the Roman Curia” (Massimo Faggioli). The priestly and religious vocations dwindled, pews and altars emptied, and some huge cathedrals turned into museums. Five years later, the Church’s credibility hit rock bottom.

In his attempt to overhaul what often appears to be an immovable bureaucracy, the Argentinian Successor of Peter is seen to fight on many fronts. Pope Francis has set out to reform the Italian-dominated Curia, the Vatican’s civil service whose power struggles, disgraces, and leaks were widely held to be partly responsible for Benedict XVI’s decision in 2013 to become the first pope in six centuries to resign.

Storms and typhoons of the most destructive type come and go. But they do not stay forever. Pope Francis is one brave soul who seems to believe what British actor Charlie Chaplin (1889-1977) once said that “nothing is permanent in this wicked world, not even our troubles.”

Put it another way, the Holy Father is not a boy flying a kite during a windy day, but a determined pilot of a jumbo jet on a super stormy night.

Because it’s the first Christian basilica in history, the venerated Major Basilica of St. John Lateran carries the glorious title “the Cathedral of the World.”

The Lateran, not the Vatican, was the papal residence for the first one thousand years of legalized Christianity (from AD 324 to 1308).

After the persecution of Christians ended in the 4th century, the Lateran and not St. Peter’s was the Cathedral of the Pope, where the pontifical cathedra or that Chair which is symbolic of the teaching authority (Sacred Magisterium) was kept.

The history of the Lateran epitomizes the turbulent history of the Church. The Major Basilica, like the pilgrim Church of Christ on earth, has symbolized the Church always in need of change for the better (semper reformanda). Over the centuries, let it be known, the Lateran has been pillaged by vandals, three times decimated by fire, toppled by a powerful earthquake, and at times neglected by popes and the faithful.

After every deformation, however, the Lateran came out revived. After every fall, it was renewed like the Phoenix from the ashes. After every neglect, the Lateran with renewed spirit stood tall to proclaim to the city and the world the good news of the Christian Faith.

“The gates of Hell shall not prevail”

In the Devil’s French mind: Verre est fait pour briser, that is to say, if “it’s the fate of the glass to break,” then it’s the fate of the Church to disappear. And, exerting all bad-breathed efforts, Old Nick’s sharpened preoccupation is to tear down the Roman Catholic Church by all means.

Just the same, our dear Lord is keeping His promise: “And upon this Rock I shall build my Church (Hebrew “qahal” and Greek “ekklesia”)… and the gates of Hell shall not prevail” (Matthew 16:19).

Christ didn’t wait until His Church is full of saints among its members, and that our Good Lord loved her as she is, imperfect as she is, an ecclesia semper reformanda.

As a Pilgrim Church, she is always unfinished, constantly moving with humankind, with its garbage and innate goodness, always thrown into new historical situations, on-the-go towards perfection – and towards eschatology.

I conclude with our Lord’s assurance: “I shall be with you until the end of time” (Matthew 28:20).