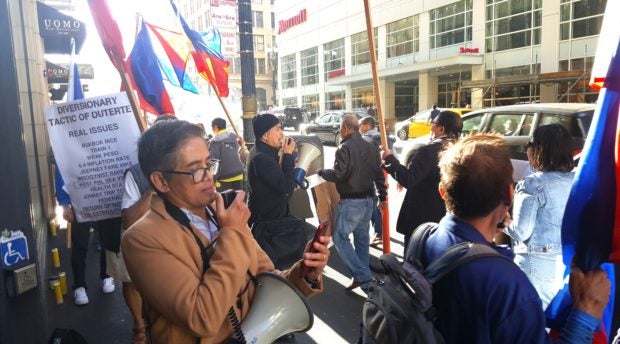 Donny de Leon (left) and members of the Filipino American Human Rights Alliance (FAHRA) and Samahang Magdalo vow to continue their opposition to the Duterte administration. FAHRA organizer Ago Pedalizo can be seen in black cap and jancket. INQUIRER/Jun Nucum

SAN FRANCISCO — Filipino American human rights advocates showed their support for Sen. Antonio Trillanes by holding a prayer-rally in front of the Philippine Consulate, in coordination with counterparts in Los Angeles and Chicago.

Some 50 Trillanes supporters, including an uncle and a cousin, chanted “Trillanes Ipagtanggol” and “Marcos Hitler Duterte diktador.” Speakers took turns slamming the latest attack on Trillanes, which they called “pure harassment to silence dissenting voices and a diversionary tactic to avoid discussions of the “real problems” plaguing the country such as the nine-year high 6.4 inflation rate, the importation of the so-called bukbok rice, alleged ill-effects of Tax Reform for Acceleration and Inclusion (TRAIN) law, weak peso, and the extrajudicial killings (EJK) of more than 25,000 individuals in the government’s drug war, among others. 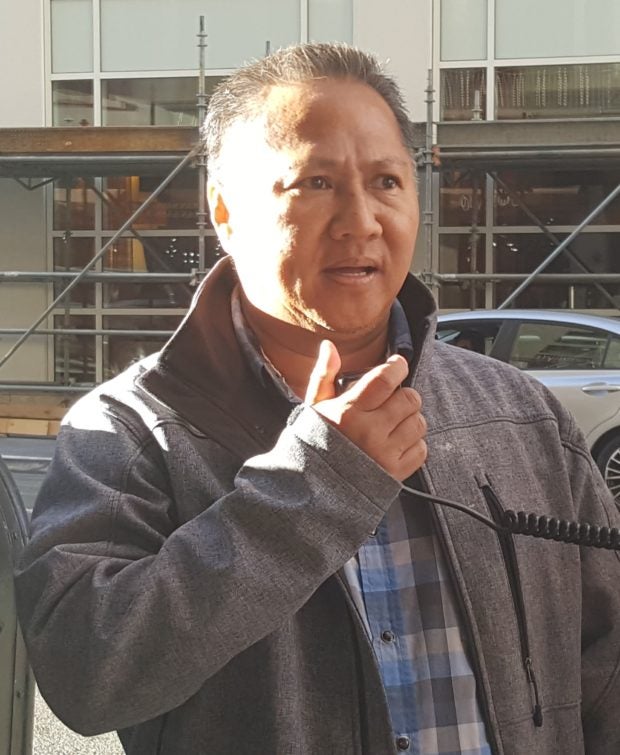 Tony Pineda, a cousin of Senator Trillanes, called the ab initio voiding of the amnesty granted to his cousin an injustice, pure harassment, dictatorial, and a blow to the principles of democracy.

“I think Senator Trillanes is handling the situation well although he looks pressured as the situation is still stressful. Our family is in full support of the senator but we also should be ready for any eventuality,” Pineda intimated in an interview after the rally.

“For the Filipinos here in the U.S., I hope that you will open your minds, think deeply and search for the truth. Do not close your minds just because you voted for a person. Do not be swayed only by the propaganda that the Duterte administration is dishing out to you.”

Virgil Fuentes, a brother of Trillanes’ mother, also insisted that voiding the amnesty is illegal because nobody can take it back after it is granted. But, of course, because he is a dictator, he thinks he can do what he wants.”

In his speech, Atty. Rodel Rodis said he was surprised at the “sheer stupidity” of the Duterte people behind the president’s order to have Trillanes arrested due to the supposed absence of application papers for amnesty

“A video by ABS-CBN and other news networks during the time that Senator Trillanes submitted his application for amnesty showed an interview where he testified openly on his regrets about the mutiny. They could have easily found this out but they were not interested in finding out the truth,” Rodis claimed.

“If they are going to go quo warranto, they might as well start with Duterte because he was the substitute candidate for President of a candidate who filled out his application to be Mayor of Pasay City. He should not have been legally allowed to run for president because the substitution was for a false position. So this is how stupid the situation is,” insisted Rodis.

Attorney Ted Laguatan branded President Duterte as a “serial killer” for allegedly having some 26,000 people killed. “Duterte is anti-human, anti-God and he is a traitor to the Philippines to side with China. And now even the economy is suffering. So many people are literally starving.  All of us people of good conscience, it is our duty to bring him down.” 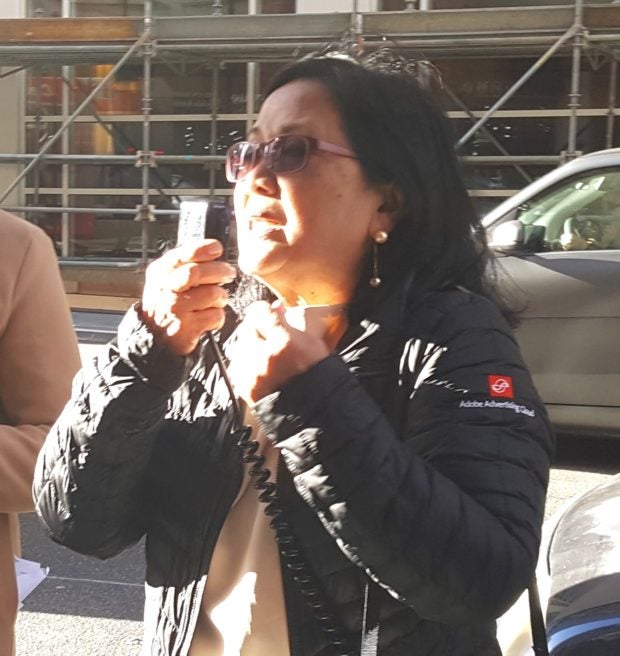 Akbayan National Council Member Geline Avila, who was visiting the Bay Area, said,“The disregard for human rights of the defenseless of our society and the continued undermining of the democratic institutions of our country are something that we cannot allow to happen even if we are far away from the Philippines.”

Donnie de Leon, a veteran protester and also in the streets again like Avila, thinks the issues at hand is more than Trillanes himself.

“This is about the Philippine Constitution, the rule of law, due process. Duterte is doing a diversionary tactic so that Filipinos will stop talking about the misogynist rape comments and the incursion of China in the West Philippine Sea,” de Leon contended.

He argued further: “Following the Duterte administration’s logic, does that mean that the married people are no longer married because they lost their marriage license? Of course not. For Filipino Americans who applied for citizenship, can the State Department take back the citizenship because they can no longer find the application papers?”

“It is immoral unacceptable, unethical to kill people for using drugs. I cannot believe that President Duterte will kill tens of thousands of his own people just for using drugs. People who abuse drugs need help, social services, education, public health care and job opportunities not violence, not murder, not death.”