To prove regret over Imee fiasco, UP head should honor Archimedes Trajano 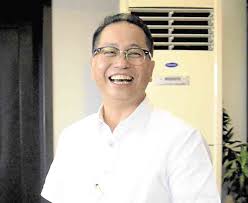 I didn’t know anything about the man leading my alma mater until I read about UP President Danilo Concepcion’s festive reunion on the Diliman campus with Imee Marcos and the Kabataang Barangay.

It was naturally upsetting for many UP alums that one of the most high-profile defenders and the daughter of the dictator who once terrorized the UP community got to throw a party on the campus once known as the bastion of opposition to Marcos tyranny.

But Imee throwing a party in UP Diliman isn’t really the problem. The UP I know and am proud of is an open-minded community that welcomes individuals and forces with different, even abhorrent, ideas. The UP I know and celebrate would certainly never do to anyone what Imee’s father did to UP.  It would not shut out or persecute people or groups with different beliefs. It would join, even lead the fight against that type of bullying.

What’s more troubling about the Danicon-Imee lovefest is that UP is now being led by a president who appeared to be clueless about what the university and the entire nation went through under Marcos and about the role UP played in ending that dark chapter in Philippine history.

The UP president has apologized — twice.

Concepcion’s first apology featured this lame excuse: “My desire to be with old-time friends I had not seen for decades, no matter how briefly, made me overlook its effect on the sentiments of the UP community. Tao lang po (I’m just human)!”

The second apologywas more promising, mainly for an intriguing plan: Concepcion vowed to “hasten the process for the establishment of a Martial Law Human Rights Violations Memorial” on the UP Diliman campus.

That’s an excellent idea, one that could neutralize what was perhaps the most stunning revelation in his reunion with Imee: that he had once been one of the leaders of the Kabataang Barangay. In joining Imee’s party, Concepcion even appeared to be flaunting his Kabataang Barangay credentials. 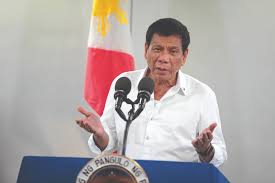 What’s the big deal with the Kabataang Barangay? Many Filipino millennials may be wondering.

Here’s a quick answer: the Kabataang Barangay was the Marcos version of the Hitler Youth. It was created by the Marcos dictatorship as an avenue for indoctrinating young Filipinos to train them to believe uncritically in Marcos and his “New Society.”

That’s why the Danicon-Imee party led many UP alums wrestling with an agonizing question: How in the world did UP end up being led by a onetime leader of the youth arm of the fascist dictatorship?

But building a human rights and martial law memorial is an opportunity for Concepcion to prove where he stands now.

I have a specific proposal for the UP president. To show that he is no longer a loyal follower of the dictator that UP once fought against, he should honor a martyr of that struggle who was also a central figure in a tragic confrontation involving Imee and the Kabataang Barangay: Archimedes Trajano.

Archimedes Trajano was not from UP, but that shouldn’t be an issue. Like I said, the UP I know welcomes and embraces those who never became part of our community. Diliman would certainly welcome and embrace someone known for a courageous act of defiance that sadly led to one of the most brutal acts of repression under Marcos.

In August 1977, during a public forum in Manila, Trajano, a 21-year-old Mapua student dared to ask Imee Marcos about her father’s human rights record. He also questioned her right to represent the Filipino youth as national head of the Kabataang Barangay.

That was the last time he was seen alive.

Trajano was later kidnapped, tortured, and executed by the Marcos military.
“He was covered in a white sheet, laying on a table. And when I opened the sheet…I saw him blue-black,” his mother Agapita Trajano recalledin Raissa Robles’ Marcos Martial Law: Never Again. “I could not talk… nothing… but I think my heart hardened. I said, my God, why him?”

A U.S. court later ruled in Trajano’s family’s favor in a case that accused Imee of being responsible for his torture and death.

What better way to remind UP students of the brutality of the Marcos years than to name a special place in Diliman after Archimedes Trajano. And I know just the place for this: the first floor lobby and the front steps of Palma Hall.

When I was a student in the ‘80s, we used to call those areas simply “A.S. Steps” and “A.S. Lobby.” (This was before the College of Arts and Sciences split into three colleges.) That was where we gathered for protests against the dictatorship, sometimes before marching to Mendiola or Liwasang Bonifacio. That was where we listened to inspiring speeches by leaders of the struggle against dictatorship, including UP Student Council Chair Lean Alejandro and Senator Pepe Diokno.

It’s time to give that special place a name: the Archimedes Trajano Plaza, which could be a powerful reminder that UP stands firm against any form of bullying and repression.

This could be quickly done by installing a plaque at the entrance of Palma Hall. Many of us would gladly volunteer to help raise funds from UP alumni throughout the world to pay for it.

Perhaps Concepcion could even invite Imee to the unveiling ceremony.