Fun all around at Oakland A’s 2nd Filipino Heritage Night 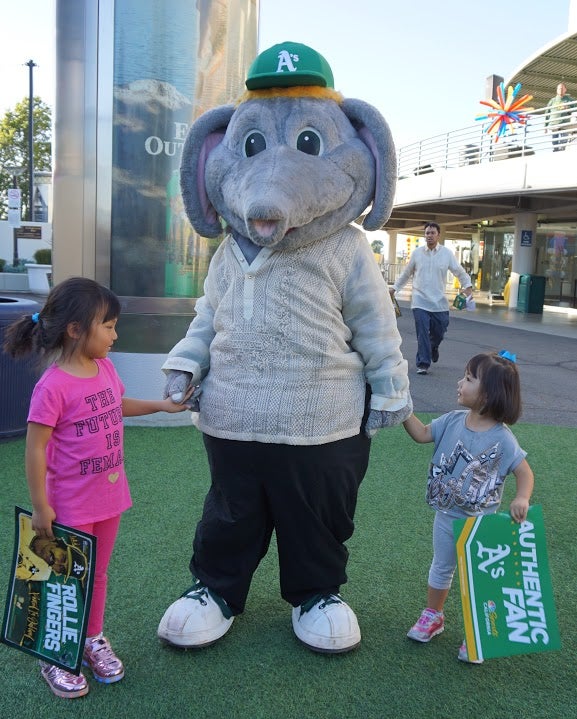 OAKLAND, California — A distinctly Filipino feel pervaded the Oakland Coliseum on Friday evening, August 31, from the A’s mascot Stomper wearing the traditional Filipino dress shirt, the Barong Tagalog, to the six food trucks lined up along the ramp to the Championship Plaza, serving lumpia Shanghai, fish balls, Filipino style barbecue, sisig over rice and pancit. The lines and waits were long. 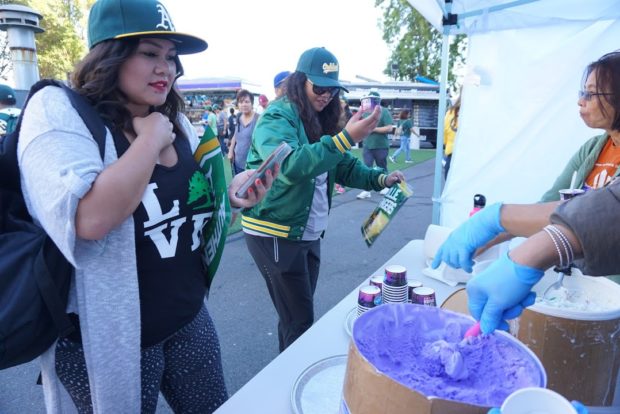 Local Fil-American musical artist Zeyonce Brown treated the plaza crowd to a couple of songs followed by East Bay-based Mabuhay Folklorico Dance Company entertaining the fans with Philippine folk dances including the ever-popular “TInikling” or bamboo dance which the troupe later performed in the playing field before the start of the game. by Fil-American Hollywood actor Dante Basco threw the ceremonial first pitch.

“This is the most successful Oakland Athletics Filipino Heritage Night,” declared Al Perez, the event’s organizer, comparing it to even just last year’s event. “Last year we sold 600 tickets for the Filipino Heritage section. Tonight, we sold 1,500 tickets.” Perez attributed the success to the presence of the Filipino-themed food trucks and food tents. The food trucks came from all over the Bay Area. There was Ma Sarap, Yummi BBQ, CARinderia, Fozen Khusterd, Jeepsilog and All Gravy and food tents by Androniks and Filipino Food Movement. 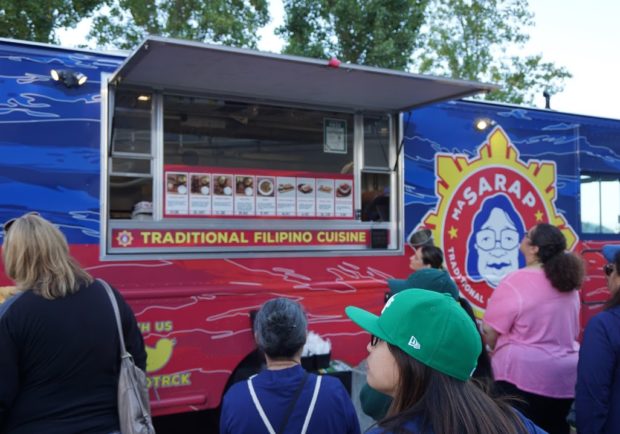 The most popular among the food outlets were Androniks BBQ, which served Filipino-style barbecue to a long line of customers all afternoon long, and Filipino Food Movement’s ice-cream tent. President Sonia Delen and co-founder Pearl Parmelee, were largely responsible for bringing in the food trucks and other Filipino food vendors, and for the smiles on many faces in the plaza from the free ice cream.

Echoing the event organizer’s assessment of the evening’s success, it seems that a good time was had by all. Including the A’s who won the game.