Marcoses’ former estate in Long Island up for auction

Marcoses’ former estate in Long Island up for auction 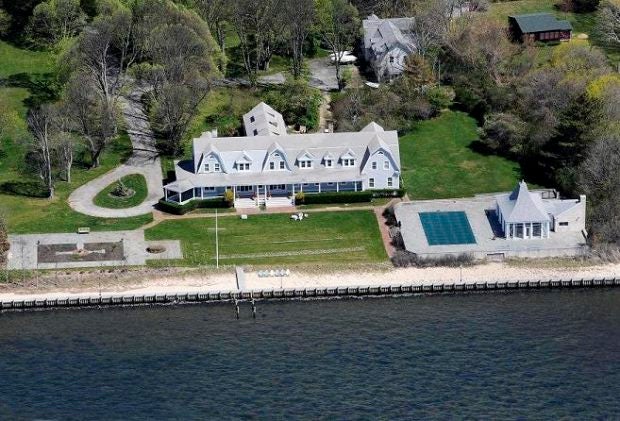 The Lindenmere estate is now a bed-and-breakfast.

NEW YORK — A mansion that belonged to Ferdinand and Imelda Marcos and was later converted into a bed-and-breakfast is up for auction, according to one of the participating brokers.

The property had been converted into a bed-and-breakfast by the current owner, Rivera told The FilAm. It has the following features:

The live, off-site auction is set for September 13, 2018, and will be held at the NY LaGuardia Airport Marriott on Ditmas Blvd. in East Elmhurst in Queens. 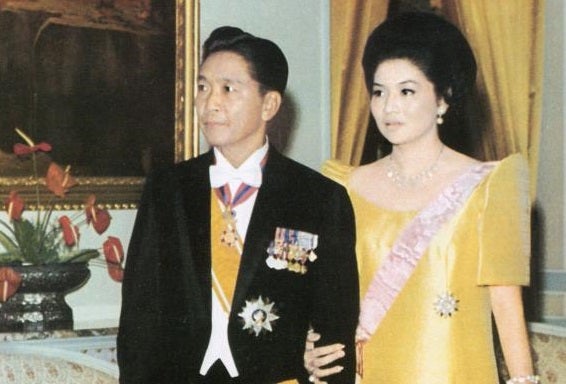 Rivera said the starting bid is $2.1 million; the property when appraised in 2017 was worth $4 million. It is now probably $4.5 million, she added.

A flier being circulated states the mansion underwent recent renovations worth at least $1 million.

“To participate in the auction, you have to have a certified check in the amount of $250,000 minimum,” she said.

She said a couple of Filipino buyers have expressed interest in the property. She would not identify them but stressed they are neither Chinese nor political families.

“I have some from the Philippines that want to buy. They are willing to pay cash,” she said. “You know, some rich people like to park their money abroad.”

Rivera, who founded Bona Tierra more than 30 years ago, is among the few Fil-Ams who pioneered in the real estate business in New York. Her son Danilo “Jr.” Rivera, a graduate of Fordham University, has taken over the company, although Rivera remains as vice president.

She said it does not matter to buyers that the property used to be owned by the Marcos couple known in history books as having perpetuated a “conjugal dictatorship” in the Philippines for nearly two decades since the 1970s.

Rivera said, “It doesn’t matter to people if the property is owned by the Marcoses, as long as they see it as a good investment.”

In a 2012 article in The FilAm when the property was on the market and not yet converted into a bed-and-breakfast, it was described by real estate executive Enzo Morabito of the Enzo Morabito Team of Prudential Douglas Elliman as a sprawling estate with 16 bedrooms and 17 bathrooms in the main house. It has two fireplaces, and the garden has hundred years-old linden trees.

“Mrs. Marcos lived in this estate in the 1980s,” Morabito told The FilAm. “She lived there until 1987 when it was taken over by the Philippine Government.”

The Long Island compound “sits on 8.2 acres and has 450 feet of fully-bulkheaded frontage on Moriches Bay with views spanning to Great Gun Beach on Fire Island,” he said.

Center Moriches is a secluded community and has a population of about 6,600. It is about an hour away from Manhattan.

“If this property was located in Southampton or East Hampton, it would be double or triple the price. It’s an incredible value at $4,950,000,” said Morabito.

In 1945, the property was purchased and became the Lindenmere Hotel, owned and operated by the Amende family. It was a famous hotel through the ‘60s. In the ‘70s, the hotel turned into a health spa. 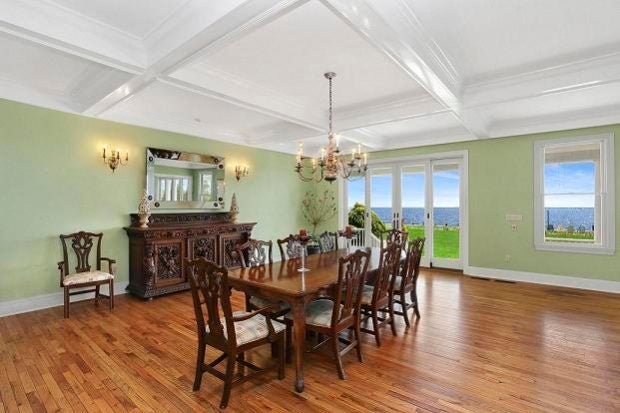 By 1981, a group of Philippine businessmen representing the Luna Seven Development Corporation bought the property for $374,500, said Morabito. They also bought two adjoining lots, paying $585,000 in all for the vast property. There was not much information about the company – who the businessmen were and why they bought the property, if they were fronting for the Marcoses or ever knew them.

Two men — Architect Augusto Camacho and Dr. Pablo Figuero — put in $1.25 million in renovations from December 1980 to February 1982 with the intention of converting the property into a condo resort. The property acquired new roofs, windows and upgraded plumbing, heating, and more. They also put in a huge pool.

Imelda Marcos came into the picture around this time in the early ‘80s. Reports say she was accompanied by machine-gun toting bodyguards. A year later, ownership of the property was transferred to a Curacao corporation called Ancor Holdings NV.

The property now her own, Imelda added the marble and glass pool house and the pool. The Marcoses used the estate for entertaining until 1986. The EDSA People Power revolt happened in February 1986, and the Marcoses were forced into exile in Hawaii.

Vacant but well-kept for about 10 years, the property was sold by the Philippine government to Dr. and Mrs. Peter Magaro for $1.6 million in 1996. Jennie Magaro shared fascinating stories about the property with The New York Times. “When Mrs. Marcos went to her estate in Center Moriches in the early ’80s, workers ran out and bought and planted thousands of dollars of flowers.”

“I do know she (Imelda) slept here,” Mrs. Magaro also said. ”She left nightclothes here.” She added that “all the upstairs baths have 24-karat gold-plated fixtures, except in the smaller servants’ bathrooms.”

In November 2004, the property changed hands again. The current owners, who requested anonymity, used it as a private residence and occasionally for receptions, like weddings.

“The current owners do not want to be identified,” said Morabito. “They bought the property from the Magaros.