Time for Trumpy Filipinos to flip, and you can do it anonymously

Time for Trumpy Filipinos to flip, and you can do it anonymously 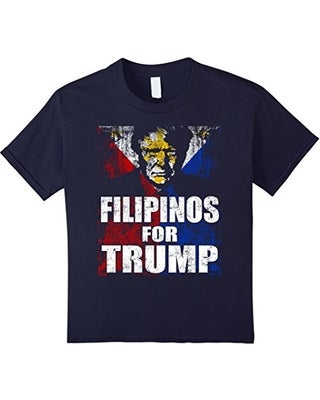 I’ve followed the phenomenon of the Trumpy Filipino for nearly two years now, and despite all the reasons for flips to flip, each time I go back and ask if any of them would like to recant their support for The Donald, they stand pat.

They mention reasons for sticking with Trump, like Hillary, as if that’s relevant. Or they talk about the economy. Yeah, that’s a good one. Taxes are lower. And what about conservative values about controlling the debt? Oh, but the economy is good, they say.

So, forget about the president who is the subject of an active criminal investigation; an unindicted co-conspirator; the subject of a damning book by Watergate journalist Bob Woodward, who calls him unfit to be president; and now target of an anonymous White House insider who calls Trump anti-democratic.

I would hope so. But on social media, the Trumpy Filipinos have taken on the attitude of Trump. Trump calls the anonymous source “gutless” and uses the term “treason.”

The Trumpies don’t understand that time is running out for Trump. The nation’s in more serious trouble than we all thought. And there’s nothing fake about it.

People inside the White House have finally come to their senses. Some are speaking forcefully and honestly about the president to the news media, bypassing Sarah Huckabee Sanders, Kellyanne Conway, and even Fox.

And it’s living up to the best definition of news I’ve ever heard. That would be that news is information somebody wants suppressed, and that all the rest is advertising. Or public relations, buffed over semi-lies.  Or something in Trump orange.

And judging from Trump’s reaction, this week the fourth estate is anything but the enemy of the people, but the one thing in our democracy that can be trusted.

First, the Washington Post delivered with an advance of a critical book on the administration by legendary Watergate journalist Bob Woodward. In it, Trump insiders reveal a chaotic White House led by a man unfit to be president.

We already knew that?  Only impressionistically, Sanders and Conway were running interference. The Woodward book has tons of genuine interviews with Trump administration folk done on “deep background,” which allows people who know the truth to speak freely in order to let the American people know just how bad things are. 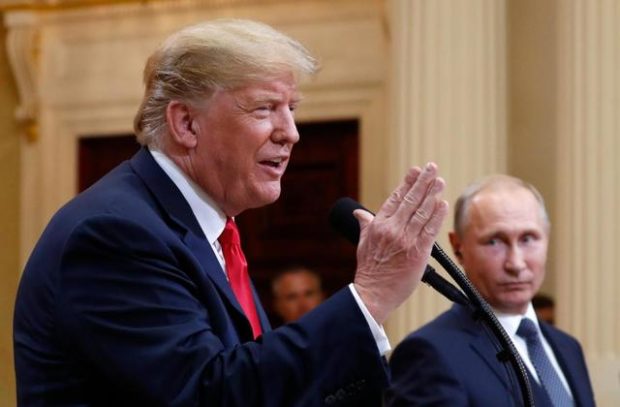 This is critically important. As a tool, “deep background” gives these heretofore timid souls inside the Trump administration deniability, just the cover they need when asked later by The Donald if they ever talked to Woodward or the media.

Of course, they “didn’t.” And that’s how journalism is played in Washington.

Look at all the denials being released this week. But Woodward was Tuesday’s reveal. Not to be  outdone, the New York Times trumped the Post Wednesday afternoon with its own piece for the Thursday morning paper.

THE only way to get the truth

One of the highest ranking Asian American editors in journalism, Jim Dao, the op-ed page editor of the Times, got a call from a senior official in the White House from an intermediary, according to CNN’s Brian Stelter. The official wanted to do a tell-all op-ed, and Dao told him to submit it.

It was powerful enough for the Times to grant the writer of the op-ed essay anonymity, again the rare use of the shield to enable the writer to speak the truth.

Since then, critics from both sides have slammed the Times and the writer for, as Trump says, being “gutless.” Cowardice is mentioned.

How else would we get information somebody would rather see suppressed? That somebody would be Trump, of course, whose head must have exploded when he saw someone identified only as “part of the Resistance inside the Trump Administration” characterize the “dilemma” Trump faces.

It’s one, the writer says, Trump “does not fully grasp.” Maybe due to the president’s lack of intelligence and fitness to be president.

Trump’s dilemma is that “many senior officials in his own administration are working diligently from within to frustrate parts of his agenda and his worst inclinations.”

In other words, the stuff that really matters that doesn’t fit in a tweet. The writer characterizes the “resistance” as different as that of the left.

But I don’t agree. The writer has found be common ground for all Americans when he writes, “We believe our first duty is to this country, and the president continues to act in a manner that is detrimental to the health of our republic.”

This is how non-partisans speak when the country is in trouble: “That is why many Trump appointees have vowed to do what we can to preserve our democratic institutions while thwarting Mr. Trump’s more misguided impulses until he is out of office.”

The writer doesn’t mince words. They don’t need to hear more Michael Cohen tapes: “The root of the problem is the president’s amorality. Anyone who works with him knows he is not moored to any discernable first principles that guide his decision making.”

The verdict is in and is as damning as anything written to date. And maybe it’s the cue for other Republicans to finally speak up as well:  “Although he was elected as a Republican, the president shows little affinity for ideals long espoused by conservatives; free minds, free markets and free people,” said the voice of the Resistance. “At best, he has invoked these ideals in scripted settings. At worst, he has attacked them outright.”

The writer chides Trump for calling the press “the enemy of the people.” Then the writer delivers this blunt assessment: “President Trump’s impulses are generally anti-trade and anti-democratic.”

This is worse than the Woodward book. It’s short enough that Trump might have read it and wondered himself, “Why am I president?

The writer acknowledges the economic pluses Trump and supporters blindly mention, like deregulation and taxes. “But these successes have come despite–not because of–the president’s leadership style, which is impetuous, adversarial, petty and ineffective.”

The essay laments Trump’s erratic nature, his rants, his “half-baked, ill-informed and occasionally reckless decisions that have to be walked back.”

The writer admits that not all attempts to curb Trump are successful. But there’s an assurance offered. “It may be cold comfort in this chaotic era, but America should know that there are adults in the room. We fully recognize what is happening. And we are trying to do what’s right even when Donald Trump won’t.”

No wonder Trump has notably tweeted one word in his choicest response: “Treason.”

Ha! It would be a dereliction of duties and unpatriotic if the insiders didn’t come forward and confirm that what we’ve long suspected is really happening inside the White House.

And maybe the truth will do more than set us free; it may create the turning point that will bring us all together against Trump, the great divider, at the midterm ballot box.

Says the resistance writer in the Times: “The real difference will be made by everyday citizens rising above politics, reaching across the aisle and resolving to shed the labels in the favor of a single one: Americans.”

I think most American Filipinos, and other people of color can agree with a majority of Americans that Trump is unfit to be president.

Now someone tell the base, this is real and not fake news. Trump continues to fight and has started his own witch hunt.

He’s even forced his wife Melania to act as the voice of reason. FLOTUS has put out a statement. She doesn’t decry the First Amendment or the media, but calls out the anonymous source for his cowardice. She wants names. Like that would make the craziness at 1600 Pennsylvania go away? For those who demand to know, think of this: Anonymity was good enough for Deep Throat and we trusted him and the Washington Post.

Understand this. All the developments over the last month show the border walls protecting Trump from reality are finally beginning to tumble.

Time to flip all ye Trumpy Filipinos if you truly love America, freedom, and Democracy.

Emil Guillermo is a veteran journalist and commentator. He writes a column for the Inquirer’s North American bureau. Twitter @emilamok. Find him on Apple Podcasts.