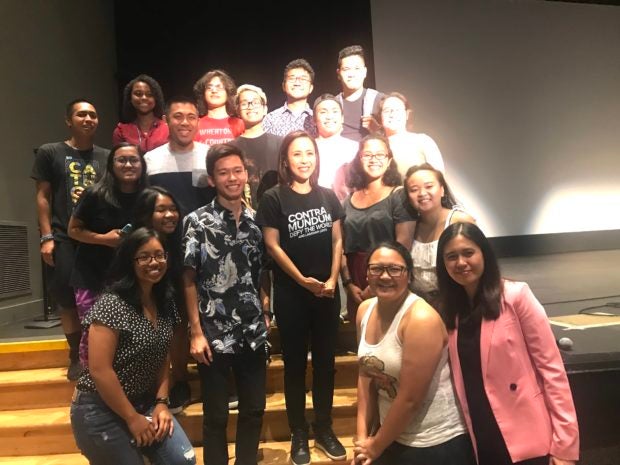 Rachel Alejandro (center), who plays Paula Marasigan in the Filipino musical film, “Ang Larawan,” with the members of the Filipino Cultural Associationat the University of Maryland College Park and (extreme right, front) Darell Artates, PublicDiplomacy Officer of the Philippine Embassy and Administrator of SentroRizal Washington DC, after the film’s special screening held on August 29,2018 at Hoff Theater, University of Maryland College Park. CONTRIBUTED

Set in Intramuros, Manila during the pre-World War II period, “Ang Larawan”depicts the plight of sisters Candida and Paula Marasigan, daughters ofhigh-profile painter Don Lorenzo Marasigan, whose last work – a self-
portrait – becomes the object of fascination, admiration, andgreed among the characters. 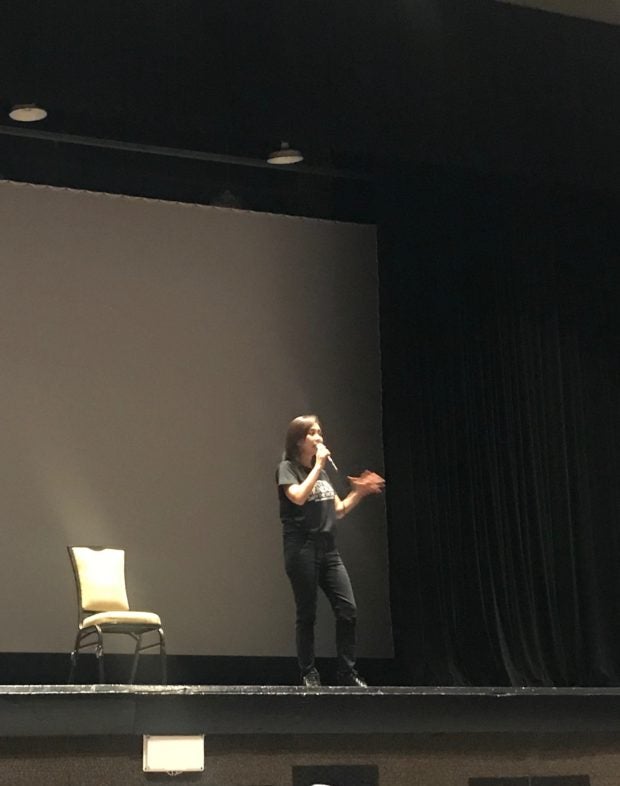 Rachel Alejandro fields questions from the audience after the specialscreening of “Ang Larawan” held on August 29, 2018 at Hoff Theater,University of Maryland College Park. CONTRIBUTED

“Ang Larawan” is the film adaptation of *Larawan, The Musical,* which isbased on thefamous three-act play “A Portrait of the Artist as Filipino” by National Artist forLiterature Nick Joaquin.

The libretto was by the late National Artist for Theaterand Literature Rolando Tinio while the music was composed by RyanCayabyab. “AngLarawan” is the third full-length feature film to be directed by LoyArcenas, a former Broadway production designer.

Filipino singer and actress Rachel Alejandro, who co-produced the film andplayed the character of Paula Marasigan, engaged the audience in apost-screening Q&A session.

Sentro Rizal Washington DC hosted the special screening in partnership with the Filipino Cultural Association at the University of Maryland CollegePark. 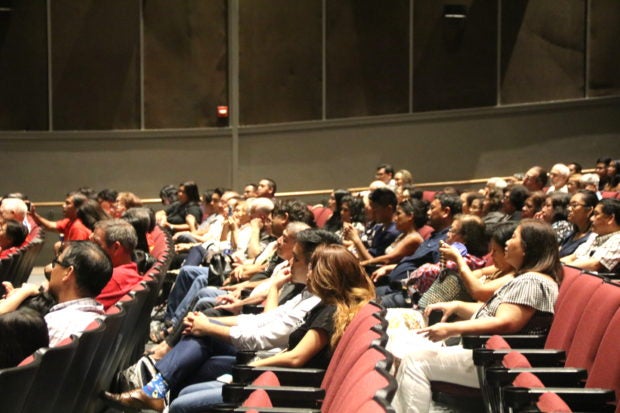 The audience at a special screening of “Any Larawan” in Washington, DC. CONTRIBUTED

“‘Ang Larawan’ is a celebration of Filipino talent and innovation acrossvarious art forms. The story of the Marasigans examines the value of familyand heritage, against the backdrop of old, resplendent Manila. ThePhilippine Embassy in Washington, through the newly-established SentroRizal, is very proud to present this masterpiece to our audiences here,especially as we prepare to mark the centennial anniversary of Philippinecinema this coming September,” Philippine Ambassador Jose Manuel G.Romualdez said in a statement.

Information on upcoming screenings may be found onwww.anglarawan.com.