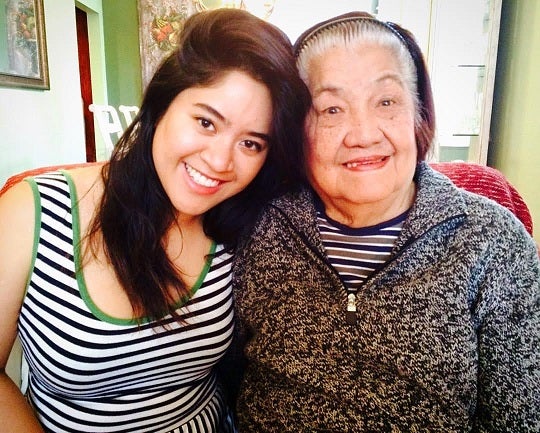 NEW YORK — Kare-kare is Alexandra Cuerdo’s favorite comfort food. The filmmaker who spoke to almost a dozen chefs and presented their oral history in the food documentary “Ulam: Main Dish” said it’s her grandmother’s kare-kare she keeps coming back to.

“It’s what I remember growing up, my lola’s Kare- Kare,” said Allie, 28, in an interview with The FilAm.“It’s my favorite dish growing up. The flavor is unlike anything else I’ve ever had. The bagoong is perfect with the oxtail, a great combination of things. The ultimate.”

“Ulam” is a well-timed documentary about Filipino American chefs who own and operate successful Filipino restaurants. Filipino food is currently attracting mainstream attention and curiosity going by the perceptive write-ups in mainstream publications, such as The New York Times and Bon Appetit. The fact that restaurants and pop-ups are emerging across the country tells us the appeal of Filipino food is holding. “This is my first feature documentary film, one hour and 20 minutes long, a series of interviews and conversations with chefs over the last three years,” she said. The budget — she’d rather not disclose. “It’s a small-budget film. It’s self-financed. We have no backing from a major studio or network. We had to raise the money – piecemeal. It’s a labor of love,” she added.

Allie’s co-producer is John Floresca from Jersey City. While Allie wrote and directed, John did the cinematography. Like Allie, John is a Hollywood filmmaker. They met while working on the set in New York City.

“He was working with Matthew Libatique, another Fil-Am filmmaker. I was working with George Clooney and Jodie Foster, I was assistant to the cast on ‘Money Monster,’” said Allie, a film graduate from UCLA. “John and I went out to lunch. We immediately clicked, we became friends over food, and over time I told him about my idea. We’re both huge foodies,” she said. 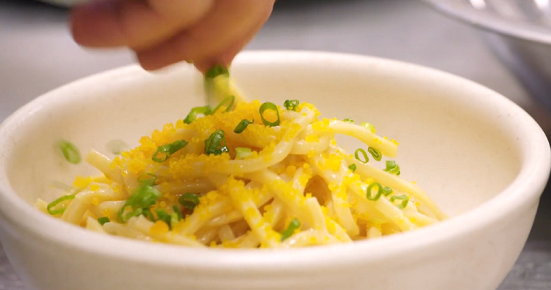 A snapshot from ‘Ulam:’ a Filipino noodle dish. CONTRIBUTED

The third co-producer is her father Rey Cuerdo, a Sony business executive and film hobbyist. He and director Ramona Diaz were co-producers of “Motherland,” a documentary about the busiest maternity hospital in the Philippines. It premiered at the Sundance Film Festival last year.

Allie said her father had dissuaded her from going into film because of the brutal rejections, and suggested that she study to become a lawyer instead. Allie is a Film graduate from UCLA where she majored in Film & Television.

“Ulam” was recently screened at Asia Society as a culminating event at the Asian American International Film Festival. It was chosen one of the Top 5 Food Documentaries to Watch by MSN.

“It’s my idea and my dream,” said Allie of her directorial debut.

“When making the movie I never wanted it to be a bible. It’s not a comprehensive history of Filipino food but an introduction to Filipino food today,” she said.

“Filipino food is in the process of arriving,” declared Allie. “We got some really amazing mainstream press. Time will tell if it will last.”

She believes the sustainability of Filipino restaurants depends to a large extent on the support of the Fil-Am community.

“The community needs to come out to support it,” she said. “In the past a lot of questions were asked about why would we eat Filipino food in a restaurant if we can make it at home. The answer is that Filipino food lives and dies because of the community. At the end of the day it’s still all business. Support is rooted in the community. These places are for the community. It’s great that mainstream America is finally catching up but these restaurants are more than restaurants. They’re meeting places and community centers.”

She has abundant respect for the “many excellent” Filipino and Fil-Am chefs.

“They’re everywhere, in mainstream American and Italian restaurants. They’re opening their own restaurants and not calling them fusion or pan-Asian food. They’re calling it Filipino food (as if telling Filipino customers) this may not look like what you grew up with but it’s my version.”

One of the restaurants she thought was “impressive” was LASA in Los Angeles. It was founded by Fil-Am brothers Chad and Chase Valencia. “Chad is at front of the house, while Chase creates the menu. They worked really hard from being a backyard pop-up to a full-fledged restaurant over the last few years. They have the support of the community, and as brothers their bond is so strong.” 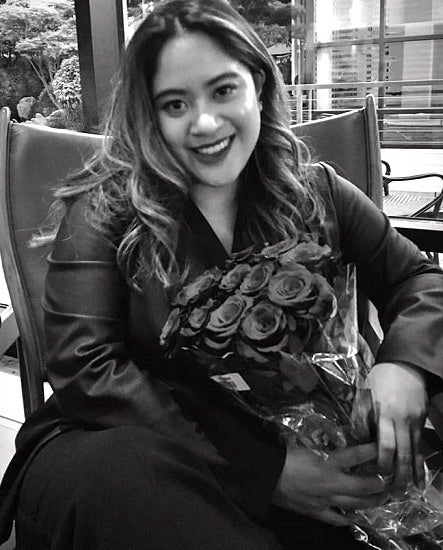 Says Allie of her directorial debut: “It is my idea and my dream.” INSTAGRAM

She conceded that the visibility of Filipino cuisine was helped in part by celebrity chefs, among them the late Anthony Bourdain.

For eight years, the California-born Allie has worked at studios across Los Angeles and NYC. She is currently a video producer at BuzzFeed.

Allie’s parents — Cuerdos are from Bukidnon and her mother, Ascencia So-Cuerdo, is from Quezon City – met as students at the University of the Philippines. Allie has a younger sister who works in marketing and lives in Chicago.

“My lola had come to the U.S. to start working here,” she said. “My mother followed. My father who used to be in a band and was very much in love with my mother would save up enough money so he could visit my mother. It was a transoceanic romance.”