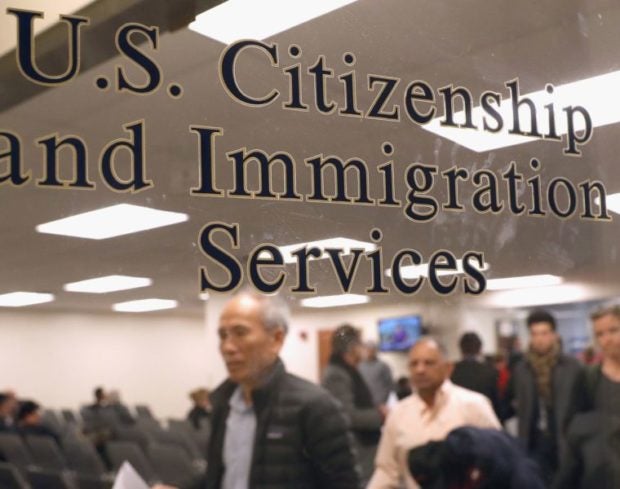 LOS ANGELES — The White House may go ahead with a rule change that would make it harder for legal immigrants to gain permanent residency if they have ever used certain popular welfare programs.

The Trump administration for months has been reviewing the proposal that would curb permanent residency and reports indicate an official announcement of the policy may come soon.

The move would be among the latest made by White House adviser Stephen Miller who has long been working to restrain legal immigration.  And because the underlying law would remain the same, such a move would not require congressional approval.

Currently, immigrants are allowed to have their residency status rejected if they are seen to be a financial burden to the U.S. government, or a “public charge” — a term that has been used in immigration law since the 1800s.

The U.S. Citizenship and Immigration Services defines a public charge as “an individual who is likely to become primarily dependent on the government for substance, as demonstrated by either the receipt of public cash assistance for income maintenance or institutionalization for long-term care at government expense.”

But recent forms of the draft rule — though still being hashed out — include in its definition those who have used (or have had anyone in their household) use programs like children’s health insurance, food stamps, income tax credits, non-emergency uses of Medicaid, and even Affordable Care Act subsidies.

News of the potential policy change was first reported in February by Reuters and Vox.  In March, the Washington Post released a copy of the full draft proposal.

Department of Homeland Security officials responded by saying that while the proposal wasn’t final, the administration wanted to ensure “that foreign nationals seeking to enter or remain in the U.S. are self-sufficient,” in order to protect American taxpayers.

But advocates now are emphasizing that the proposed changes are not yet final, and are encouraging families to continue using public benefits such as Medicaid, food stamps, and other energy, transportation, and housing programs.

Should the Trump administration release proposed changes to the public charge rule, there will be a period to submit comments about the rule before it is finalized.

Legal immigrants of the U.S.

The United States has more immigrants than any other country in the world with numbers climbing towards a new historic high after years of increase, according to nonpartisan  Pew Research Center.

According to Pew Research, most immigrants are also in the U.S. legally.  Based on 2015 numbers, that’s 76-percent of immigrants.

Lawyers and advocates say that if the policy were to be finalized, millions of legal immigrants would find themselves having to sacrifice some basic needs for themselves and their families.

“The Trump Administration’s proposed public charge rules would force families to choose between meeting basic needs like putting food on the table or seeing a doctor and maintaining immigration status,” she added.

Focuseing on the policy’s effect on health care, experts are foreseeing a public health crisis. A recent study by The New England Journal of Medicine found that an estimated one million noncitizens would potentially become uninsured as a result.

“If this rule takes effect, it will most likely harm the health of millions of people and undo decades of work by providers nationwide to increase access to medical care for immigrants and their families,” reported the study.

Currently, health insurance programs like Medicaid, the Children’s Health Insurance Program, or the Affordable Care Act are not considered for public charge purposes.  Neither are housing benefits, child care services, emergency assistance, educational assistance, or job training programs among others.

“Families should continue to use benefits as they need,” said Foong.