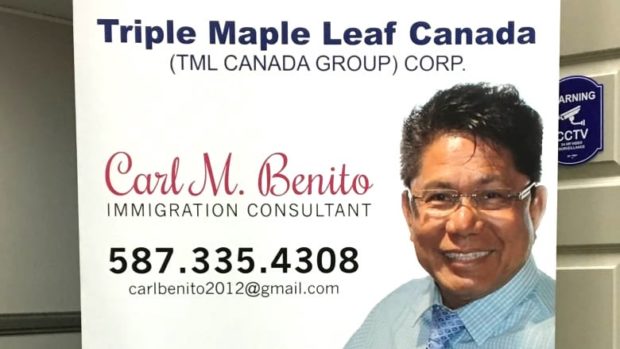 The Canada Border Services Agency on Thursday, August 16, seized more than $250,000 in cash, mostly in bundles of $100 bills in the raid.

Benito allegedly counseled dozens of Filipino immigrants on how to fraudulently extend their stay in Alberta through bogus applications for study and devious work-extension permits, according to an exclusive report by CBC News.

Charges have yet to be filed against Benito and none of the allegations in the documents have been proven in court.

The CBSA, Public Prosecution Service, and Benito refused to comment on the case. The fate of clients who participated in the alleged scheme is not known.