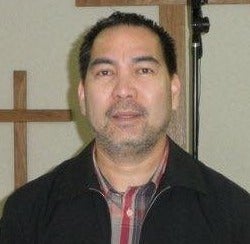 Jaime Bueza Manuel was killed when a speeding pickup crashed into him and a California Highway Patrol officer who had pulled him over. The officer was also killed. GOFUNDME

Sean Walker, 36, of Rocklin was charged and is scheduled to be arraigned Thursday in Solano County Superior Court in Fairfield.  Walker was driving recklessly, speeding, and was distracted by his phone, according to a report by SFgate.com.

Walker’s pickup truck crashed into motorcycle Officer Kirk Griess, 46, and the man he had pulled over to a shoulder, Jaime Bueza Manuel, 49, from the Philippines. The impact crushed the Saturn to half its size. Walker was hospitalized and was released Friday.

Manuel, a resident of Vallejo, California, was driving a Saturn SUV when the CHP officer pulled him over around 9 a.m. Friday on westbound Interstate Highway 80 near Manuel Campos Parkway.

Manuel’s 20-year-old daughter, Jamie Manuel, of the Philippines said her father moved to the U.S. 10 years ago to help provide for his family. She said he just finished putting her through St. Paul University in Manila, according to report by NBC Bay Area.