Why obey? Is Pope Francis infallible?

Why obey? Is Pope Francis infallible? 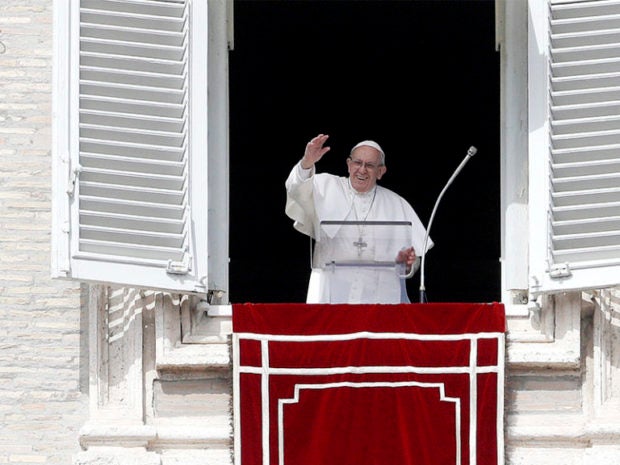 Pope Francis waves to faithful during the Angelus noon prayer in St. Peter’s Square at the Vatican on March 11, 2018. AP PHOTO)

Did Pope Francis recently “change” Catholic teaching on the death penalty? Is it true that the Holy Father denied the existence of Hell? When four cardinals formally questioned him regarding his 2016 Apostolic Exhortation Amoris Laetitia, was it because our Jesuit pontiff committed a doctrinal error? John Paul II, Benedict XVI, and Pope Francis publicly apologized: Were they erroneous in some teachings?

No, a big NO. Pope Francis did not commit any error regarding any Catholic doctrine.

On the contrary, His Holiness is a guard-dog of all dogmas, such as Original Sin, Purgatory, Heaven, and Hell, hierarchical structure, Jesus (true God and true Man), Real Presence of Jesus in the Eucharist, Mary as theotokos, and all age-old doctrines handed down to us, well-preserved and undiluted since the time of the Apostles (hence, Sacred Tradition).

On May 11, 2018, Pope Francis approved the Official Text of the Revised Version of the Catechism of the Catholic Church, instructing the faithful that death penalty is “…inadmissible because it is an attack on the inviolability and the dignity of the person” (CCC, 2267).

Did the Holy Father change the Church teaching? NO, His Holiness did not alter the doctrine in a way that it is now totally different or diametrically contradictory to what has been constantly taught by the Sacred Magisterium. No way.

Pope Francis sanctioned the upgrade of the 1997 edition of CCC promulgated by John Paul II in order to put more emphasis on human dignity and the right to life, which is the most fundamental of all human rights – after reading the signs of the times.

The 2017 DataLEADS of Asia News Networkreported that only half of the global population of 7,000,000,000 souls believe in Heaven (56 percent) and in Hell (49 percent). Martial artist Bruce Lee (1940–1973), Hollywood actors Julianne Moore, George Clooney, Daniel Radcliffe, and an ocean of humanity, including President Duterte, expressed one way or another that they did not believe in Heaven or Hell, and in other things supernatural. 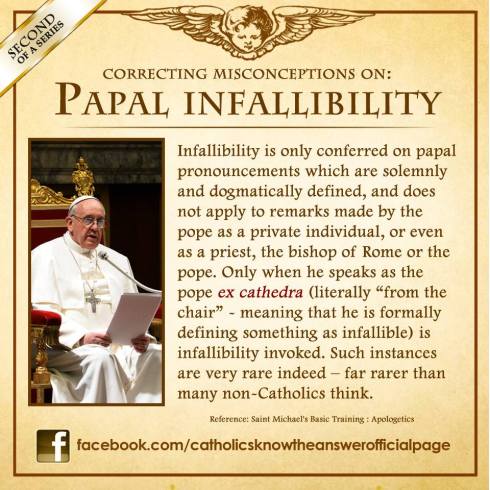 When this year Dr. Eugenio Scalfari published in Italy’s La Repubblica daily the news that Pope Francis denied the existence of Hell, you can be dead sure it’s fake news. Of course, Jesuits believe in Hell and, in exercising his teaching authority emanating from the Chair of Peter (Sacred Magisterium), the Jesuit pontiff constantly teaches about it.

Indissolubility of Matrimony is “a Catholic dogma, divine and definitive,” in the words of Cardinal Gerhard Mueller, former prefect of the Congregation for the Doctrine of the Faith (The Hope of the Family, 2014). It is a dogma of Faith taught to us by Jesus Himself when He said: “What God hath joined together let no man put asunder” (Matthew 19:6).

In his 2016 Apostolic Exhortation, Pope Francis quotes the Prophet Malachi: “For I hate divorce, says the Lord” (Mal 2:14-16) because “divorce is evil and the increasing number of divorces is very troubling” (Amoris Laetitia, 246).

What Cardinals Carlo Caffarra, Raymond Burke, Walter Brandmüller, and Joachim Meisner questioned in 2016 was not the Holy Father’s teaching on divorce but the controversial passages relating to possible admission of remarried divorcees to the Sacraments (Amoris Laetitia, Chapter 8, 300-305).

The Catholic dogma of indissolubility of marriage goes hand in hand with shepherding of the flock. And in the mind of His Holiness, the shepherd should drop all legalistic approach in favor of a PASTORAL ACCOMPANIMENT that consists of mercy and compassion for the affected families after the breakdown of marriage.

The good shepherd doesn’t abandon a wounded lamb, does he?

In March 2017, Pope Francis asked Rwandan President Paul Kagame for pardon for the “sins and failings” of the Catholic Church during the 1994 Rwandan genocide, when priests, nuns, and lay members had succumbed to hatred and ethnic violence.

In October 2013 Manila Cardinal Luis Antonio Tagle publicly apologized by saying, “In memory of John Paul II… and in the name of my brothers and sisters in the Catholic Church, I humbly beg for pardon…”

Those public apologies we heard from our shepherds addressed the lack of Christian charity in pastoral care (governance) and the abuses committed by some church leaders – and not about the Catholic doctrines.

And I conclude by saying, obedience to the Pope and Bishops is obedience to Jesus Christ himself. To love Jesus is to love His Vicar on Earth.