Migrant couple: ‘Bring your family wherever you decide to go’ 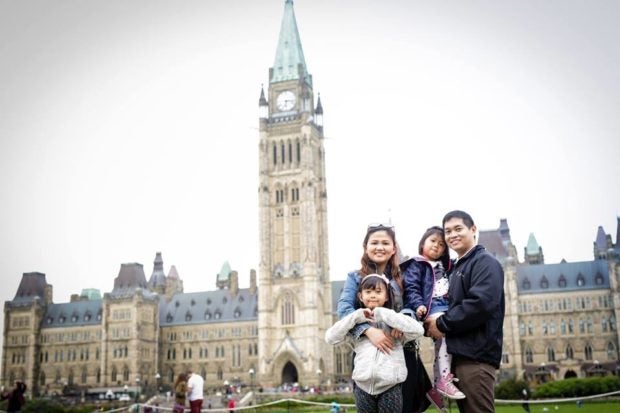 The Marquez family in Canada. CONTRIBUTED

“At the end of the day, we have to acknowledge that not everyone is called to leave the Philippines and the same is true in staying there,” Jeffrey Marquez, an IT analyst at Scotiabank in Toronto, Ontario, Canada says.

Like all young couples, Jeffrey and his wife, Gemma, were dreaming of a better life for their family.
A graduate of Business Management and Entrepreneurship from San Beda, Jeffrey worked for Purefoods, San Miguel, and Abbot. During the call center boom in the Philippines in early 2000, he worked as a key account specialist in call centers, while Gemma also worked in a call center catering to an international bank.

Despite having stable jobs in the Philippines, Jeffrey decided to explore work opportunities in Singapore. Six months before their wedding, he worked as an IT analyst in a firm. The newlyweds decided to stay in Singapore to raise a family. Their two daughters, Adielle, now 9, and Mika, now 5, were born there. Eventually, they were given a permanent resident status.

“We felt that Singapore was the place for us. We found a second home there especially when our careers had already taken off and we were living quite comfortable lives. In the last few years of our stay there, we saw changes from the government, which made it harder for foreigners to stay,” Jeffrey explains.

From Singapore to Canada

As early as 2014, many foreigners were finding it hard to find slots for their children starting primary school in Singapore. Before the child of a foreigner or a permanent resident card holder turns six, he/she must be registered at Singapore Primary School of the Ministry of Education to be able to enroll in any public school. Registration usually starts in June and it takes a year before a slot will be given.

“We received a letter from the government that my daughters were not given a slot in any schools in Singapore. On the same week of this seemingly bad news, I was informed in the office that I will be retrenched,” Jeffrey says.

Prior to that, the Marquezes created a Plan B when Singapore started implementing stricter rules for migrant workers. Their application to migrate in Canada was approved after five months.

“Initially, we didn’t think of Canada, but one of our main considerations was the kids’ welfare and studies. While this was happening, God encouraged us by allowing our Canadian Immigration application to move quickly,” Jeffrey says.

The Marquezes arrived in Toronto in June 2016. For the first time in their kids’ childhood, they were now able to play in their own backyard. Back in Singapore, they used to live in HDB (Housing Development Board) apartment-type buildings, which do not have backyards except for a common area in the neighborhood.

“I would say life is much simpler here than in Singapore. Just put it this way, we earn relatively smaller incomes here compared to what we were receiving in Singapore, yet we have a four- bedroom townhouse, a car, and the kids have good schools,” Jeffrey says.

Since the kids are natural English speakers, they did not have difficulty adjusting to the language. The kids are now studying in a public school supported by the government.

But there’s also a downside. In Singapore, Jeffrey and Gemma had a helper to do the housework and babysitting while they were at work; in Canada, they have to do everything, from household chores to taking care of the kids. 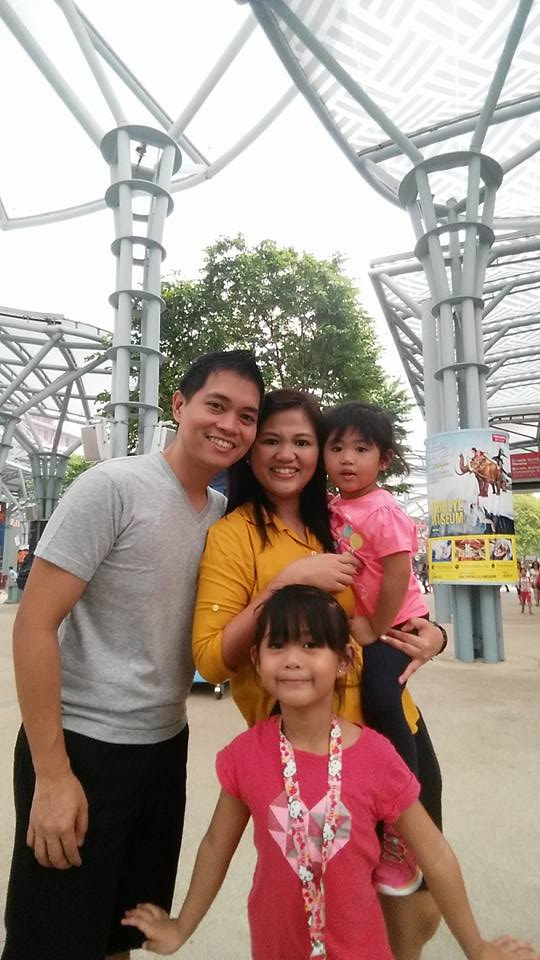 “It took a year before everything went back to normal. I went back to the workplace, the kids are well adjusted with school and friends, my husband is working and was given the opportunity to work from home as we arrange our schedules and take shifts in looking after the kids,” Gemma says.

Raising kids abroad maybe a challenge to most Filipinos. But the Marquez kids were trained early on to respect their elders.

“We also have limited their use of gadgets and watching TV, instead we encourage them to spend more time interacting with us and spending fun activities together. I think that is a great way to influence the children with Filipino and godly values than allowing them to live in virtual reality of social media. It has greatly improved their social skills allowing them to work better with other kids in school and at church,” Jeffrey says.

Presently they have a permanent resident status and will be eligible for citizenship after three years.

Aside from their own struggles as a family, Jeffrey does not forget his other calling.
As a pastor in the Christ’s Commission Fellowship in Manila, migration also gave him the opportunity to continue his mission for the migrant workers. He continues ministering to the Filipino migrants in their church in Toronto.

“The congregation pulled their resources together and they literally furnished our flat so we didn’t have to buy anything. We were absolutely blessed. But we have seen that it’s also a culture of ‘pay it forward; that is lived out here. Whatever you received, you get to give it to those who are also migrating there,” Jeffrey shares.

Jeffrey gives counseling to fellow migrants who are going through a period of adjustments.

“Usually, Filipinos here experience homesickness and depressions — either from tough times about their marriages and those who cannot get work in line with their courses. Comparing previous work and lifestyles would only stress and depress them,” Jeffrey says.

Jeffrey says that attending Church gives the migrants a sense of family, especially those whose families are still in the Philippines.

Gemma believes that migration entails a lot of sacrifices. like giving up a career, especially if you have kids.

The couple advises Filipinos who are contemplating migration to bring their families with them.
“It might be unpopular to some, but I would say, migrate only if you have your family with you because we wouldn’t trade my family with any of these financial gains.”