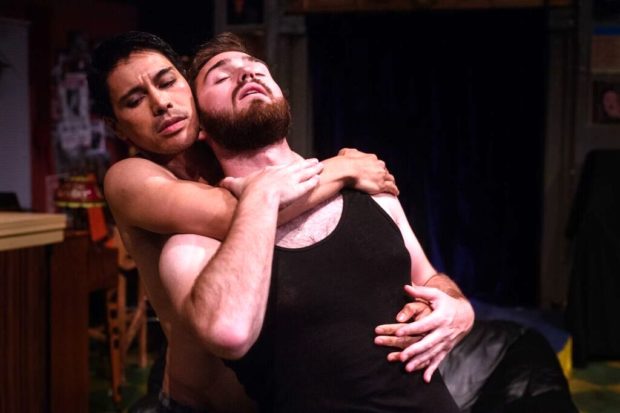 Jay Españo (left) with Matt Frye in an adaptation of “La Ronde.” CONTRIBUTED

CHICAGO — Filipino American actor Jay Españo is currently in the cast of a present-day adaptation of a classic play about the clash of classes and sexual morals.

Pietro’s previous work includes “Nice Work If You Can Get It,” “Memphis,” and “The Toxic Avenger.”

Produced by Pride Films and Plays, the show is currently running at the Pride Arts Center’s Broadway Theater.

In this present-day updating, the characters are now composed of ten men: a hustler; a soldier; two college students; a businessman and his spouse; an adult film actor; a movie star, his agent and a playwright—all of whom have physical and emotional desires to interconnect. Españo plays the businessman’s spouse. 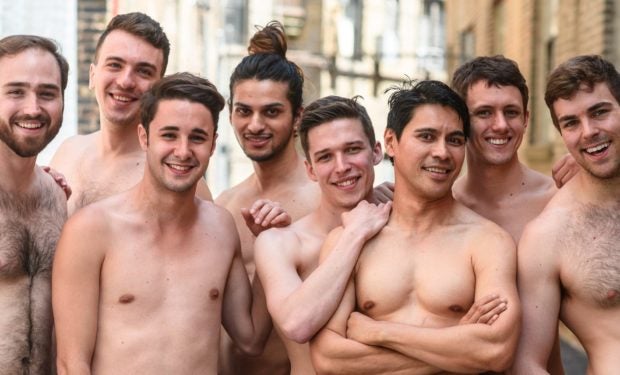 “The show was done in 2010,” explains Españo. “In this revival, they wanted it to be different and incorporate movement and dance.” Choreographers Jake Ganzer, Daniel Hurst, James Mueller, and Katelyn Stoss were brought in to provide sensual action for the cast.

Españo has acted for different theater groups in the Chicago area. He used to act with theater company Tanghalang Pilipino in Manila (not to be confused with Tanghalang Pilipino ng DC based in Washington, DC) and did stints in Singapore as well, including a lead role in “Chang and Eng, the Musical.”

“I am currently working full time with a theater company called Li’l Buds Theater Company. It produces children’s theater all year round. We also teach after-school programs all around the city of Chicago.

Españo is also a part of Broadway BreakThru. “It’s a group that is headquartered in New York, but it has a branch in Chicago,” he says. “We teach Broadway musicals and sometimes invite Broadway actors to come meet our students.”

Aside from acting, he also sings and directs. “On top of all of these things, I also teach yoga every day for CorePower Yoga.”

“Although the play is very risque and the dialogue can be a bit crass at times, audiences love the show,” he says.

Españo notes that he was also initially worried about how theatergoers might react to the dance and movement sequences depicting sexual encounters. “These scenes are vital to the play and the audience members seem to be on board with David’s vision.”

“We actually have had a few people who have come back and re-watch the show.”

“The older audiences are more focused on the dynamics of the relationships of the characters while the younger audiences, whether they are straight or gay, are totally into to the aspect of hooking up,” he says.

“I had a gay couple come up to me after the show and tell me that one of them is the real Jack. That’s the name of the character I play in the show.”

After the play ends its run, Españo will continue to be involved with Pride Films and Plays as he will be helping curate and judge short films for its upcoming film festival scheduled for the fall. 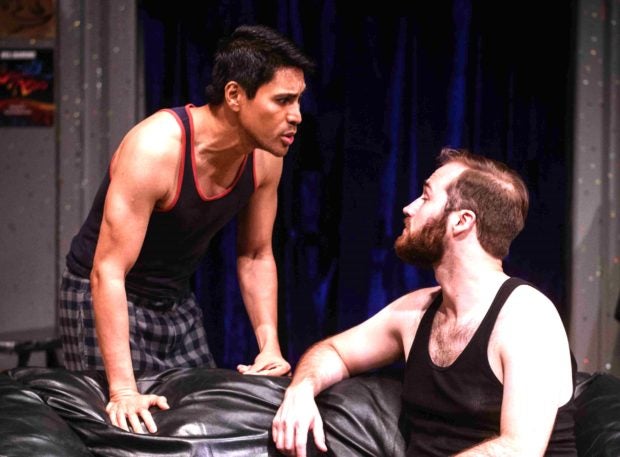 Españo’s own short film “Mahal,” which he wrote and directed in 2016 and features Fil-Am actress Olga Natividad, is still making the rounds of festivals in the U.S. and internationally.

“Also, I’m presently in talks to do a staging of Shakespeare’s ‘Love’s Labor’s Lost’ and will be part of a production of ‘The King and I’ in 2019,” he says.

“For Li’l Buds, we are gearing up for the coming schoolyear and planning our Halloween and Christmas shows.”