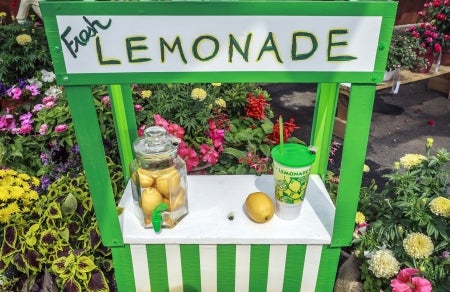 The concept of lemonade stands is perhaps one that harks back to happier memories, of one’s youthful summer spent squeezing lemons to create lemonade, the icy delight that’s sure to beat the sweltering heat. For many kids, lemonade stands also serve as their first foray into entrepreneurship, learning lessons about profit, operating costs, the value of hard work, as well as meeting new people.

But for one 9-year-old boy from Monroe, North Carolina, willing patrons weren’t the only ones he encountered while selling lemonade.

Last Aug. 4, 9-year-old Mark David was robbed at gunpoint while manning his lemonade stand. According to WSOC-TV last Aug. 6, the robber pointed the weapon at Mark’s stomach. He then stole the boy’s cash box that contained his earnings, all amounting to less than $20 (P1,000).

The police were able to recover the cash box nearby, already empty of its contents. They, too, discovered a camouflage hat and a weapon — a black BB gun — that they understood belonged to the suspect.

Authorities have since turned to neighbors to ask them to check their surveillance cameras for clues. But so far, they still do not have a thorough description of the robber.

But if some may think that the robbery was a discouragement cruel enough to keep Mark off the streets, neighbors have said otherwise.

The following day, Mark relocated to the community pool and was back at selling his lemonade.

Photojournalist Corey Gensler (@CoreyWSOC9), took to his Twitter last August 7 to share a picture he had taken of young Mark posing beside his lemonade stand, wearing a beret and smiling.

This is 9 year old Mark David… He runs a mowing business and a lemonade stand in Union Co. Yesterday he was robbed at gunpoint point in his neighborhood while selling, today… @Lowes came by with a big surprise. Find out what at 5 on @wsoctv pic.twitter.com/Moe1XrinUm

“This is 9-year-old Mark David…” wrote Gensler. “He runs a mowing business and a lemonade stand in Union Co.” Cody Cepeda/NVG