Mayor of city with many Fil-Ams bolsters sanctuary status

Mayor of city with many Fil-Ams bolsters sanctuary status 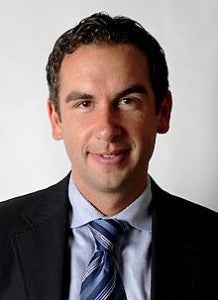 The move could set up a showdown with Republican New Jersey Gov. Chris Christie, who has expressed support for Trump’s order that Justice Department and Homeland Security funds be withheld from towns that bar local officials from communicating with federal authorities about someone’s immigration status.

(Jersey City has the second highest percentage of Filipino residents – about 17,500 — of any New Jersey town behind Bergenfield.)

The order signed by Fulop outlines a policy for the city’s police department and other agencies to work with the immigrant community. It is designed to prevent city resources from being used to enforce federal immigration law in a city in which 40 percent of the population is foreign-born.

Christie said on Fox News he supports Trump’s proposal to slash aid but the federal government has to give states the tools to help with the enforcement of immigration laws.

Booker said that although the program has since been scaled back, at least 32 law enforcement agencies in 16 states still abide by it. He said the program diverts local law enforcement resources from their primary duties, dissuades immigrants from reporting crimes and invites racial profiling.