Comic Con and Filipinos who love it 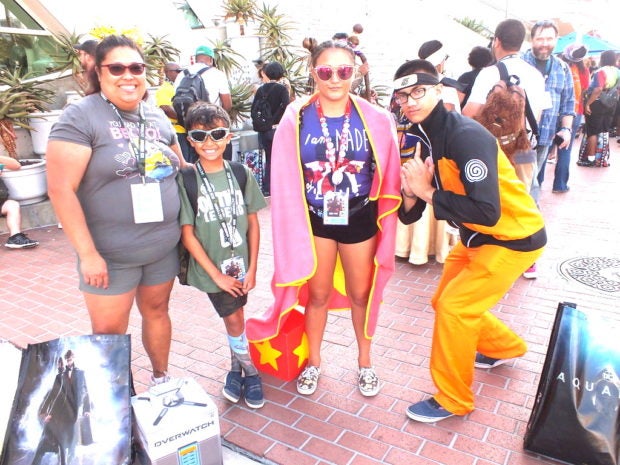 Fil-Am attendees (left to right) Paultette Johnson, 44, (sporting a Minon shirt), Hayden Johnson, 9, (as a Fortnight character), Bridget Johnson, 18, (as Garnet from Steven Universe), Ryan MacGilFrey, 18, (as Naruto, from Japanese manga). Only Bridget and Ryan have attended before and they “like the effort that goes into it, like the costumes and (display) stands, it’s really good!” Paulette was excited that she finally was able to get ComiCon tickets after trying for the last 7 years. Next year they plan to really get into cosplaying.INQUIRER/Florante Ibanez

SAN DIEGO — More than 130,000 people of all ages, backgrounds, and interests thronged to the massive 2018 San Diego International Comic Con (SDCC), held from July 18-22 at the San Diego Convention Center and in surrounding hotels and open spaces of the San Diego Gaslamp District. Filipino Americans were among the enthusiastic attendees.

What began in 1970 as a modest comic book gathering of fans/geeks/nerds at the U.S. Grant Hotel is now the internationally known annual cultural showcase for all media expressions, far expanded from just comic books. 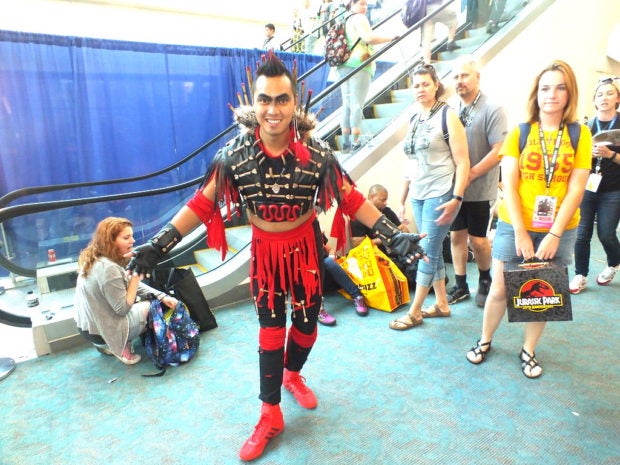 Among the crowds were Filipinos of various ages and who came from great distances. The most elderly was 72-year-old Lenuski Peruskiini, who enjoys taking pictures and attends various shows thru his son’s business “That Spiderman Booth.”

Perhaps the furthest traveling Fil-Ams came from New York and Texas. Although both Gabriela De Villa and Patricia Javellana, both 26, grew up as friends in Texas. Daphne Purisima, 25, from the San Francisco Bay Area attends as a cosplayer all the time with friends and works at San Jose State University in the Chemistry Dept. She was in a long line to attend one of the many SDCC panels.INQUIRER/Florante Ibanez 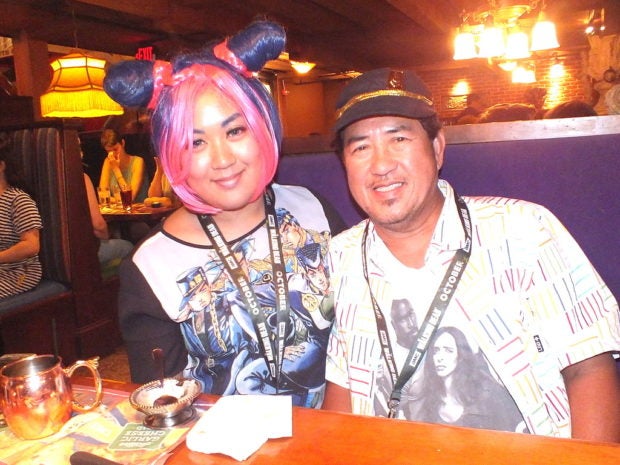 Dan Mamaril from Temucula, recently retired from AT&T, came for his 1st SDCC with his cosplaying daughter, Danielle, who is a regular attendee from Orange County. Dan said he enjoyed the whole experience and the time spent with his daughter.INQUIRER/Florante Ibanez

Patricia, dressed for cosplay in a costume she created by hand, now lives in New York and has attended other Comic Cons. She likes to show off her sewing skills and seeing her favorite personalities up close.

This was Gabriela’s first time and she was really enjoying it and may come to cosplay in the future.\ 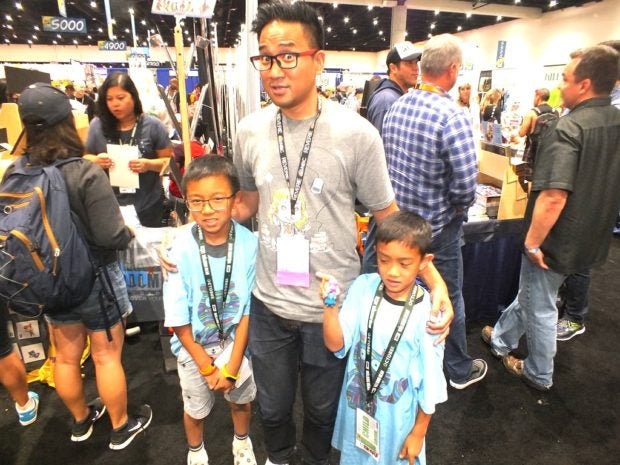