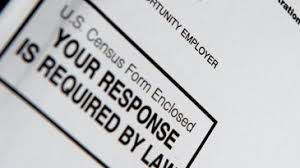 OAKLAND, California – Opponents of the controversial, “untimely, unnecessary and unwise” decision to add the citizenship question on the 2020 Census urged the public to send protests to the Department of Commerce and the Bureau of Census.

In a national press call “Tracking the 2020 Census — The Citizenship Question: A Call for Public Comment” critics explained why adding the citizenship question was wrong and how the public can submit comments.

The press call was moderated by Karely Hernandez of Leadership Conference Education Fund (LCEF) and presented by Ethic Media Services and the LCEF with partners Asian Americans Advancing Justice (AAAJ) and the National Association of Latino Elected and Appointed Officials (NALEO),

In her opening statement, Hernandez said th Census bureau is seeking public comment on the decision by the Commerce Department to add the citizenship question with the deadline of August 7, 2018 before Congress approves the final questionnaire.

President and CEO of the Leadership Conference Education Fund Vanita Gupta, regarded the 2020 Census as one of the most urgent civil right issues facing the country.

“After the Census bureau spent nearly a decade carefully preparing the questions to be included on the 2020 census, Commerce Secretary Wilbur Ross caved to political pressure on March of this year and directed the bureau to add the question to citizenship on the census form.”

Ross claimed it was necessary for enforcing the Voting Rights Act, “but as one of the people responsible for voting rights enforcement under the previous administration, I know this isn’t true,” Gupta explained. “Extremists like former White House aide Steve Bannon and Kansas Secretary of State Kris Kobach urged the administration to include the citizenship question to further their anti-immigrant agenda.” 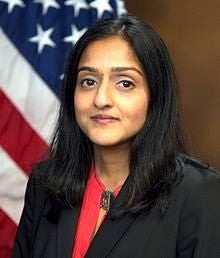 President and CEO of the Leadership Conference Education Fund Vanita Gupta regards the 2020 Census as one of the most urgent civil right issues facing the country. WIKIPEDIA

Gupta added that leaked Department of Justice documents also showed that the Census bureau warned the commerce department leadership about the disastrous results including increase costs and inaccurate data that would result from adding the question.

“States, cities, counties, civil rights and immigrant rights organizations and the bipartisan U.S. conference of mayors have already sued to have the questions removed. And now it is the people’s turn to raise their collective voices by flooding the commerce department with opposition to the citizenship question,” Gupta stated.

Executive Director of National Association of Latino Elected and Appointed Officials (NALEO) Educational Fund Arturo Vargas said, “We need the American people’s help now more than ever. We are determined for full compliance of the law of the land and our federal government carries out its constitutional duty to enumerate all persons who live in the United States on April 1, 2020.”

Vargas fears that the addition of the citizenship question “will result, perhaps intentionally, in an unprecedented undercount of Latinos. This will result in a malapportionment of the House of Representatives and the denial of billions of dollars of federal funds where Latinos live.”

President and Executive Director of Asian Americans Advancing Justice (AAJC) John C. Yang shared that getting the census right is critical for Asian Pacific-Americans as 25% of Asian population came to the United States in the last seven years or, simply put, one in four Asians in the United States have yet to participate in the census.

Young exhorted the public to send comments to www.censuscounts.org, stressing that the Constitution requires all persons be counted regardless of their citizenship or immigration status.

Senior Advisor for the 2020 Census of National Urban League (NUL) Jeri Green said the organization that the NUL has never seen “a more systematic and thorough taking down of the census. From severe underfunding to de-scaled and terminated critical research to the still-vacant tow top leadership position in the census bureau and now regrettably the political foisting the untested, unjust, unconstitutional citizenship question on the backs of the already vulnerable of the historically undercounted population.”

Green said the trickle-down impact of an inaccurate 2020 Census would be severe to the black population in terms of federal funding, political representation, and equal rights under the law.”

“Our campaign to remove the citizenship question is part of the larger final push to help ensure a fair and accurate census in 2020. We are also working hard to secure robust and on time funding to the census bureau in 2019 and 2020.”