Pope Emeritus Benedict XVI, 91: On a ‘pilgrimage toward Home’ 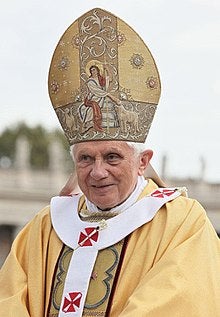 “I do not know what awaits me. But I do know that… His light is stronger than all darkness; that the goodness of God is stronger than every evil in this world” (Benedict XVI, April 16, 2012).

I just finished reading a book titled Joseph and Chico: A Cat Recounts the Life of Pope Benedict XVI (2007), a story of the Bavarian pope from the point of view of feline Chico. The Holy Father was fond of cats and, as Archbishop of Munich (1977-1981), he was known to look after stray cats in the neighborhood.

He was more than a bookworm and a scholar. His Holiness was also known as “the pope of aesthetics” for having reintroduced the papal garments used since the Roman times, such as the traditional red papal shoes and the camauro, the customary red papal hat.

Exhibiting a rare example of the coexistence of classy aesthetics and holiness, “he has reminded a world that looks increasingly ugly and debased that there is such a thing as beautiful” (Los Angeles Times, February 17, 2013).

A peaceful man deeply interested in classical music, His Holiness was an accomplished pianist who played Wolfgang Amadeus Mozart whose “music is by no means just entertainment,” according to him, for “it contains the whole tragedy of human existence.”

An influence ‘second to none’

In 1981, from Munich, Germany, Cardinal Ratzinger was appointed “watch dog” or Prefect of the Congregation for the Doctrine of the Faith in Rome, the oldest among the sacred congregations of the Roman Curia (Papal bull Licet ab initio, 1542), instituted 21 years after Magellan discovered the Philippines.

As John Paul II’s closest confidant in the inner circle, he was “a major figure on the Vatican stage for a quarter of a century,” wielding an influence “second to none when it came to setting Church priorities and directions.”

Bavarian Joseph Aloysius Ratzinger was elected Supreme Pontiff of the Universal Church in 2005 and remains an “intellectual force in the Church” (Samuel Gregg, US-based Aston Institute). In Rome since 1981, he has stayed away from his motherland. 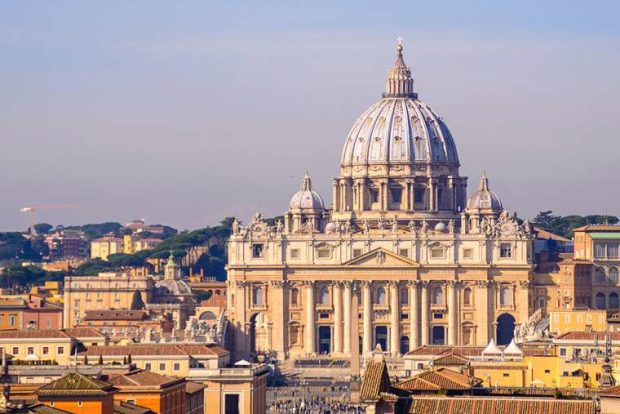 St. Peter’s at the Vatican. DFA

Benedict XVI’s third encyclical 2009 Caritas in Veritate (Charity in Truth) was so influential that a secular business magazine, Financial Times, reported that Holy Father’s advocacy for a fairer redistribution of the world’s wealth helped set the agenda for the July 2009 G8 summit. Our clergy have read it as much as world leaders and politicians have reread it.

For the first time ever, the crew of the International Space Station greeted a pope via a video call: “Welcome aboard, Your Holiness” (May 21, 2011). He who was virtually up, up, and away out there in space just knew how to put his feet back on the ground.

In February 2013, Benedict XVI removed the Ring of the Fisherman forever and abdicated the holy office of the Maximus Pontifex! For health reasons, our German pontiff decided to abdicate the papacy, meaning, to renounce power when it was time to renounce it, which I think is a forceful message of detachment and simplicity to the world.

It’s not the first time that a Vicar of Christ resigned. Pope Saint Celestine V resigned in 1294 and Pope Gregory XII in 1415. Only after 5 months of being the pope, the former Benedictine monk Celestine V reigned, resigned, and retired in the same year (1294). He fled Rome and went back to his hermitage in the hills of central Italy and Apulia.

The question of health and mortality comes into play. Theirs undoubtedly is a mortal man’s desire to be alone with the Immortal God before death arrives. Genuinely, unlike most politicians, a servant leader is always appalled by earthly power as if it were leprosy.

Like Pope Francis, 82, who missed a step and fell during Mass in Poland (2016) and sported a black eye after hitting his head on the Popemobile (Columbia, 2017), Benedict XVI suffered hematoma and a black eye in November 2017.

Intellectually active at 91, the saintly pontiff is physically frail and fragile. Early this year, Benedict XVI managed to write a letter that was published in the Italian newspaper Corriere della Sera, capitalizing the word “Casa” to refer to his heavenly home. “I am on a pilgrimage toward Home,” he said.