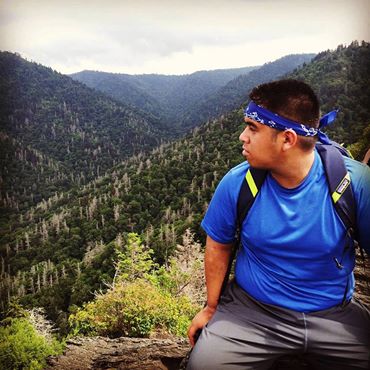 Greg Yutuc, 22, died in a car crash as he tried to save his mom’s life. FACEBOOK

JACKSONVILLE, Florida – A young Filipino man was killed and five others were injured Saturday afternoon, July 14, 2018 in a crash on Interstate 295 in Jacksonville.

Greg Yutuc, 22, was killed after the Toyota minivan he was in collided with a Pontiac G6 that had just rear-ended a Hyundai Elantra, according to a report from Florida Highway Patrol.

The Pontiac struck the back of the Hyundai then “steered into to the direct path of the Toyota,” which was traveling in the lane to the left of the two cars. “The Toyota began to overturn and crossed over the guardrail into northbound lanes of travel,” the FHP release was quoted by St.Augustine.com.

Greg Yutuc’s father, Gerry, and mother, Charina, sustained minor injuries. Gerry said his son, Greg, was sitting in the passenger seat and grabbed the steering wheel at the last second so that the impact would be on him and not his mother. Greg was not wearing a seatbelt and thrown off the vehicle, according to a report by Actionnewsjax.com.

The Yutuc family of five was coming home from a vacation in the Philippines when the mishap took place.