If you like MAGA, you’ll love Trump’s Supreme Court choice

If you like MAGA, you’ll love Trump’s Supreme Court choice 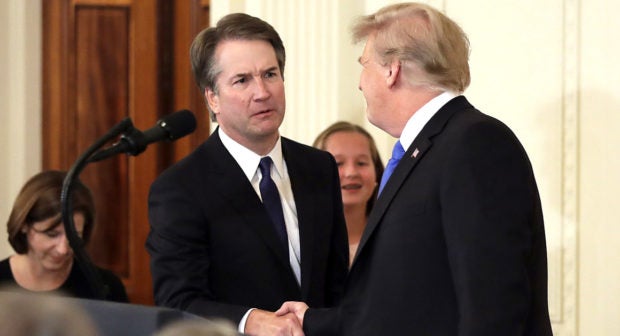 First things first. Kudos are in order to tiny Thailand. It rescued 12 boys trapped in a cave for weeks and did so heroically while the whole world watches.

Meanwhile, the U.S., in a sign of how it has become diminished as a moral leader, has lost at least 50 young children separated from their parents when government officials enforced a nasty Trump zero tolerance border policy.

This week, the U.S. failed to respond to a federal court order to reunite all of the youngest of the children. Reports say only half were reunited. But where’s the valiant reunification plan? The truth is, the government never had plans to reunite the children even when they were first taken away.

It’s not too late. But where are the visible signs of an “heroic” effort to reconcile this human tragedy caused by an inhumane immigration policy?

And all this while, Trump makes a Supreme Court pick that could solidify a conservative tilt in the High Court for decades.

What’s the best you can say about Trump pick Brett Kavanaugh? At 53, he’s young.

It’s also the worst thing about him. He’s going to live.

And he will weigh in on such things as bad immigration policy, bad social policy, and bad leadership—which means if Donald Trump is ever a defendant, guess who is likely to be the deciding vote on a 5-4 court?

American Filipinos want and need vindication from a judge. Someone to come in and make everything wrong, right again. Kavanaugh will only affirm that all that is wrong is OK by him.

How significant is a 5thdeciding vote on a 5-4 court? Could mean everything on an issue whose impact could be for generations.

I know about generations. American Filipino ones.

This week will mark the 90th year since my father’s arrival to America from the Philippines.

Lucky me. And that’s just one of the positive benefits of racism. 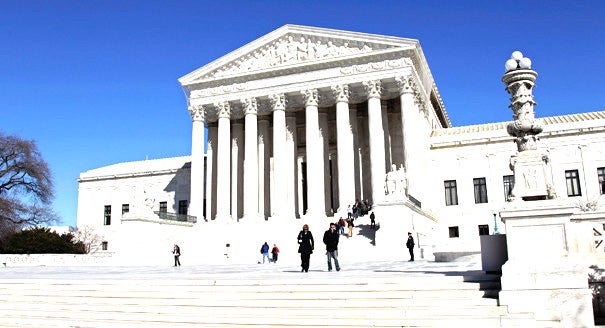 It’s a core story in my show, “Amok: All Pucked Up,” which I’m doing for one night in the San Francisco Bay Area this August 17, in the small, intimate space at the I-Hotel/Manilatown Center, on the edge of Chinatown on Kearny Street.

Tickets will go on sale soon, but email me at [email protected] and I’ll make sure you’ll be the first to know. And if you can’t make it that night, let’s figure out a way to bring the show to your town, community or campus center, or walk-in closet.

My life, my show

I mention this historical marker of my father’s arrival, because 90 years ago wasn’t a great time to be a Filipino, an Asian, an Asian American, a Filipino American, or whatever you want to call yourself.

I myself prefer American Filipino. But the fact is, these early Filipinos were colonized Americans. Not colonists. That would be guys like Hamilton, who gets a full Broadway musical. Colonized. Like my dad, for whom I do my one man show.

There were 30,000 Filipino men, mostly in California and the west, who came primarily as a labor force. Just in time for the Great Depression. The catch was these ethnic Filipino men as l colonized Americans, had one privilege. They didn’t need a green card and could come and go to the U.S. as they pleased.

But that came with problems.

Whites feared that Filipinos were taking white jobs and white women (there were too few Filipino women to stick to one’s own kind). The xenophobic sentiment drove a movement in California to change Filipinos’ status from U.S. nationals to aliens.

It was just a cover for a white supremacy/ethnic purity subtext. For Filipinos, it made California like the Jim Crow South. There was mob violence against Filipinos resulting in deaths, even lynchings.

The anti-Asian politics of the day brought on the Filipino version of the Chinese Exclusion Act, which, along with the laws preventing Filipinos from intermarrying, put Filipino American life on the slow track and out of synch forever.

There’s a lost Filipino generation out there that no one ever talks about. Except me, because I’m one of the lost and out of step.

But here I am, found again and looking at the current situation at the southern border as new lives are destroyed by a bad mix of wrongheaded immigration politics and fear.

I share this with you as a reminder that our country has always had a problem with new people coming in to take part in what really makes America great.

And the historical pattern keeps repeating.

In the recent travel ban ruling, Korematsu and the internment of Japanese Americans during WWII were central reference points. Filipinos in the ’20s and ’30s faced xenophobia. Chinese were the targets of exclusionary laws in the 1880s.

We could strengthen our democracy by learning our history and never forgetting. But we don’t.

There’s a default lesson that comes in time: We will overcome. It’s not just a song. Mr. Racism? We’ve got your number.

But to get to that promised land, it just helps to take the long view, which may take you the long way around.

You may even end up missing a generation or two. Like the American Filipino community. I’ve managed. But what of all the lost children of the Trump administration?

Funny how the greatest country in the world has managed to botch such a basic human concern.

But it figures when the person behind the policy is a thrice-married, divorced philanderer whose self-interest comes above public interest.

Contrast that with little Thailand, which has done the heroic. It has done the near impossible, by saving 12 boys trapped in a cave for two weeks in a daring rescue effort the whole world witnessed.

Trump and America have been shamed. Will they learn a lesson from the Thai?  There will be no need for lessons with a Trump-tilting high court.

Emil Guillermo is an award-winning journalist and commentator who writes a column for the Inquirer’s North American Bureau.  Twitter @emilamok. Listen to him on Apple podcasts. See his show August 17 at Manilatown in San Francisco. Contact: [email protected]