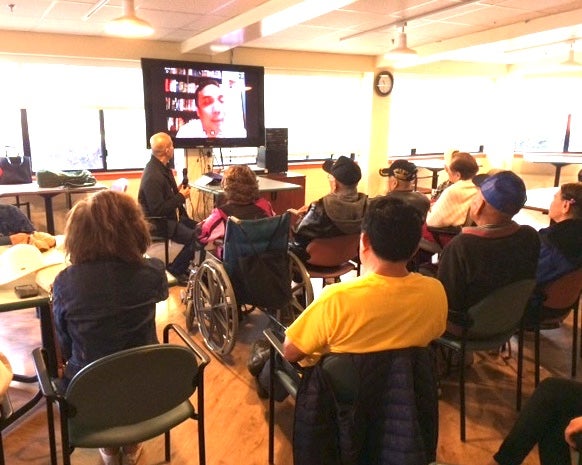 SAN FRANCISCO – Rep. Barry Gutierrez spoke with Filipino senior citizens, including World War II veterans during a livestreamed forum on the West Philippine Sea, Saturday, July 7, warning that the federalism being pushed by the Duterte administration poses a threat to Philippine sovereignty.

“Federalism could break up the Philippines into smaller states that could be more susceptible to China’s influence (on the West Philippine sea territorial conflict),” said the Akbayan Partylist representative to the 16thPhilippine Congress. Gutierrez spoke via livestream video to a large group of Filipinos at a senior residence in downtown San Francisco, at a forum hosted by the US Pinoys for Good Governance, Justice for Filipino American Veterans and the Filipino American Human Rights Alliance.

He also warned that China has committed to a $7 billion loan, “with an additional $20 billion promised” for the administration’s “Build, Build, Build” infrastructure program. Should Duterte take out this loan, which comes at a 3% interest – much higher than the .2% being offered by Japan – Filipinos, he said, could find themselves chained to a huge loan “which must be paid even if Duterte is no longer president.”

“That debt burden would make us vulnerable to China’s pressure to give up sovereignty” over the West Philppine Sea territory being claimed by China as its own, Gutierrez added. The New York Timesrecently reported that Sri Lanka had to cede control of a major port to China when it could not pay a huge debt to Beijing.

“I don’t know what’s going to happen in the next six months,” when someone in the audience asked him what he thought could happen in the Philippines in two years. “But the Duterte administration seems intent on pushing Charter Change to centralize powers in the presidency.”

Gutierrez said he hoped that the coming midterm elections would lead to a more balanced legislature, not like the current one dominated by President Duterte’s allies and followers.

Gutierrez asked his viewers to keep being informed, “never get tired of engaging other Filipinos and be actively vigilant” in making the Philippine government accountable for its actions and to not “compromise our sovereignty.”