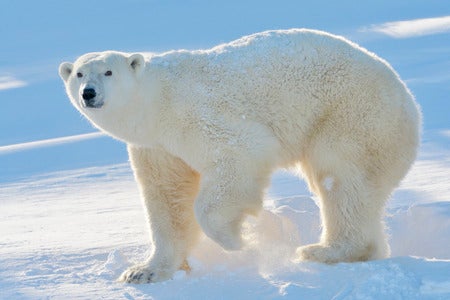 A 31-year-old man was attacked and killed by a polar while he was trying to protect his three daughters in Century Island outside Arviat, Canada, on Tuesday.

Gordy Kidlapik said that his nephew Aaron Gibbons was out with his children for a walk, along with some other families, on the island. This was when the bear surprised them, Kidlapik told The Toronto Star.

“The bear had started to stalk the children,” Kidlapik was quoted in the report as saying. He added that Gibbons protected his daughters by shielding them from the bear and telling them to run back to their nearby boat.

Gibbons’ kids made it back to the boat, but were crying over the citizen band radio. “They were calling for help… and explaining what was happening,” Kidlapik said of Gibbons’ daughters.

When the Royal Canadian Mounted Police (RCMP) arrived on the scene, they pronounced the victim dead. The bear was later “put down.”

Kidlapik also raised his concern on some organizations offering to get up-close sightings of polar bears.

“Personally, I’ve been raising that just as a concern, and that we’re noticing more bears who have lost their fear approaching humans,” he expressed. “It wasn’t like that before.”

The local Department of Environment’s director of policy planning and legislation Daniel Pimentel said that their conservation officers will investigate the circumstances surrounding the attack. He added that the incident was unlikely in the area, since the last polar bear attack happened 18 years ago.  Katrina Hallare /ra

Inuka, first polar bear born in the tropics, is put down

Coldilocks, the oldest captive polar bear in the US, dies