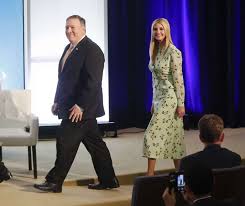 WASHINGTON, D.C. — The Philippines retained Tier 1 ranking in the U.S. Department of State’s 2018 Trafficking in Persons (TIP) Report unveiled by Secretary of State Michael Pompeo on Thursday, June 28, 2018, at the US Department of State.

Kari Johnstone, acting director of the Office to Monitor and Combat Trafficking in Persons, and Ivanka Trump, advisor to the U.S. president, joined Secretary Pompeo at the report’s launch ceremony, which was also attended by several members of the diplomatic corps, including Philippine Ambassador Jose Manuel Romualdez.

“Being in Tier 1 for three consecutive years validates the effectiveness of the Philippines’ victim-centered and multi-agency approach to address human trafficking,” Romualdez said in a statement.

The annual report, released since 2001, is mandated by the US Congress under Public Law 106-386, otherwise known as “Victims of Trafficking and Violence Protection Act (TVPA) of the year 2000.”

The TVPA identifies minimum standards for the elimination of trafficking applicable to the government of a country of origin, transit, or destination for victims of severe forms of trafficking.

The Philippines was upgraded to Tier 1 in 2016.

The 2018 narrative on the Philippines is available on https://www.state.gov/documents/organization/282803.pdf.