Orange Is the new black hole 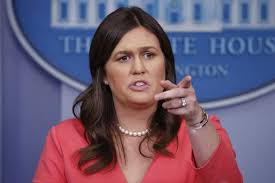 NEW YORK— By now we have all gotten accustomed to the president’s tweets, that mostly stay on the level of the ridiculous. (My use of “mostly” may lead many to think I am being overly generous.)

Very recently he tweeted a defense of his press secretary Sarah Huckabee Sanders, denied service at a restaurant in Virginia, that included a completely irrelevant head-scratcher-of-an-observation that the restaurant needed a paint job.

He also went after Jimmy Fallon, the late-show host who once mussed up the Donald’s hair when the latter was a guest in 2016. Fallon was tempted to tweet back but then said he had better things to do, leading him to the obvious question: doesn’t the president of the United States have better things to do than tweet him?

Apparently not. Being president seems too much of a burden for this man, not when it comes to discharging the innumerable duties of the White House with dignity, foresight, intelligence, and compassion.

The larger issue here is that the current occupant of the White House is not by any stretch of the imagination a unifier, a figure who can inspire the better angels of our nature. Instead, he relishes the role of Divider-in-Chief, his only language that of the playground bully, the my-stick-is-bigger-than-yours lingo. That this appeals to the inner bully, not to mention the inner racist, lurking in a certain segment of the populace, is to state the obvious.

Hence, the breakdown in civility, in public discourse. 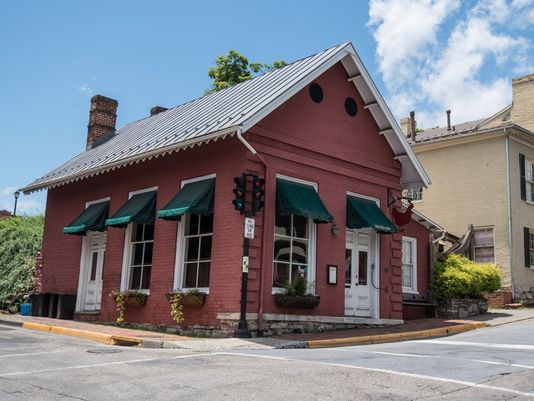 Sanders was asked to leave the Red Hen restaurant in Virginia. AP PHOTO

Fingers are pointed every which way but have people forgotten how early on in his campaign the Orange Man referred to Mexicans as drug dealers, rapists, and criminals and, later on, to certain African nations as “s***hole countries”?

That he once described the Philippines as a terrorist country?

Have people forgotten how his rhetoric during the Republican Primary was all about putting down his GOP rivals in ad hominem attacks? How he mocked fellow Republican Senator John McCain for having been captured by the Vietnamese during the Vietnam War, this from a man who obtained several deferments from serving his country due to bone spurs?

Have people forgotten how during the presidential campaign he encouraged his supporters to beat up those who voiced their displeasure with him and that he would then pay their legal bills if brought to court?

Have people forgotten how he mocked Michael J. Fox for his autism and a New York Times reporter for his disability?

Have people forgotten his support of the birther charge against Barack Obama, belatedly acknowledging that it was false but never apologizing? Has Orange Man in fact ever apologized for any of the myriad falsehoods he’s uttered? There’s a Guinness world record waiting to be recognized.

Have people forgotten how he led crowds at his rallies in chants of “Lock ‘er up!” directed against Hillary Clinton?

Have they forgotten how he described NFL players taking a knee in protest against racial injustice as “sons-of-bitches” and that they may not belong to this country?

Have people forgotten what a scam Trump University was? (That’s like naming a center for proper sexual conduct after Harvey Weinstein.)

And now his New York charity is being sued by the state Attorney General. It seems Trump is a firm believer in the adage that charity begins at home—hishome, hisinterests, everyone else be damned. One of the charity’s purchases was a portrait of himself.

He can’t even be civil towards the country’s allies, pining instead for the fraternal embrace of the ever-compassionate and ever-merciful Vladimir Putin and of Kim Jong Un.

His base just gets baser, as they can’t get enough of his behavior. And so the slide towards mob rule, towards fascism.

These are alien concepts and thus carry no weight for this man who lacks a moral compass. They are part of a larger vocabulary, the vocabulary of humanity, that simply does not exist in the Trumpian universe.

But really, the Trump universe is a black hole, from which no light ever escapes.