Trump wants ‘invaders’ sent right back, with ‘no judges, no court cases’ 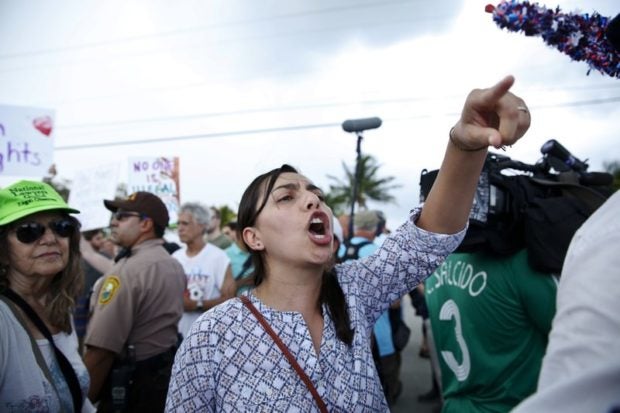 A protester yells toward a Trump supporter after arriving to the Homestead Temporary Shelter for Unaccompanied Children, on Saturday, June 23, 2018, in Homestead, Florida. AP PHOTO

WASHINGTON (AP) — President Donald Trump on Sunday compared people entering the U.S. from Mexico to invaders and said they should be immediately sent back without appearing before a judge.

The American Civil Liberties Union said in response that such a step would be illegal and violate the Constitution that Trump swore to uphold,

“We cannot allow all of these people to invade our Country,” the president said on Twitter as he was being driven to his private golf club in Northern Virginia. “When somebody comes in, we must immediately, with no Judges or Court Cases, bring them back from where they came. Our system is a mockery to good immigration policy and Law and Order.”

“Most children come without parents … Our Immigration policy, laughed at all over the world, is very unfair to all of those people who have gone through the system legally and are waiting on line for years!” he continued. “Immigration must be based on merit – we need people who will help to Make America Great Again!” 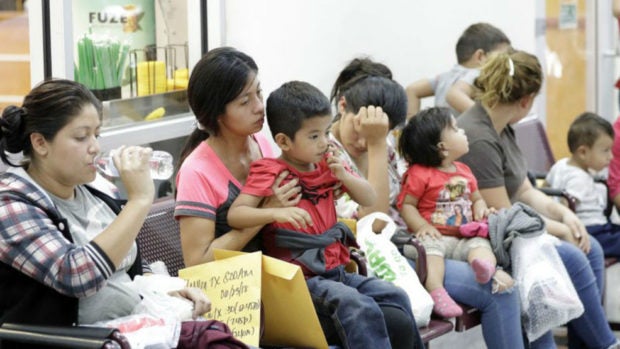 Immigrant women and children wait inside the bus station after they were processed and released by U.S. Customs and Border Protection, Friday, June 22, 2018, in McAllen, Texas.  AP PHOTO

“What President Trump has suggested here is both illegal and unconstitutional,” said Omar Jadwat, director of the ACLU’s Immigrants’ Rights Project. “Any official who has sworn an oath to uphold the Constitution and laws should disavow it unequivocally.”

Trump has been criticizing immigration judges for weeks, both exaggerating the number currently hearing cases and saying that hiring more — as some members of Congress have proposed — would be unnecessary.

Trump made his anti-illegal immigration stance a centerpiece of his presidential campaign and he has pushed for strict policies since taking office. He said during a campaign appearance Saturday in Las Vegas that being for “strong borders, no crime” is a winning issue for Republicans to run on in November’s congressional elections.

But he bowed to public pressure last week and reversed a policy of separating adults and children who enter the U.S. illegally together at the border with Mexico, though his “zero-tolerance” policy of criminally prosecuting all illegal border-crossers remains.

The House is expected to vote on immigration legislation this week, though its fate is uncertain.

Trump told House Republicans last week that he was “100 percent” behind the effort but tweeted days later that they were “wasting their time” voting before the midterm elections.

About a dozen protesters gathered at the entrance to Trump’s club Sunday afternoon as he prepared to leave, including a woman holding a sign that said “Trump Should Be Caged” and a man wrapped in a Mylar blanket. Some of the separated children were seen using the blankets on government-distributed video of their holding conditions.

Further up the road, a lone man stood with a sign with Trump’s headshot and the words “Thank You.”