5 patriotic monuments of the Philippines

5 patriotic monuments of the Philippines 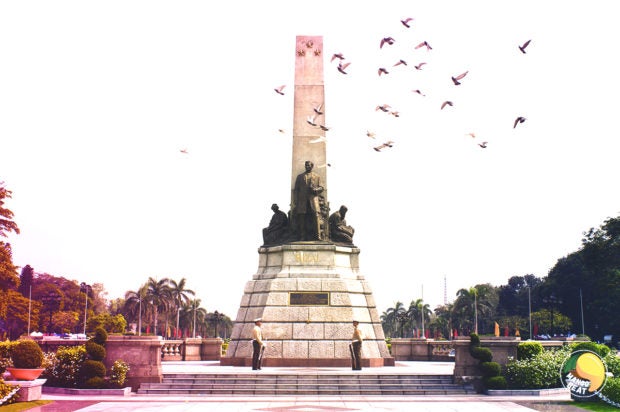 This June 12 Philippine Independence Day is the perfect time for Filipinos across the world to show their patriotism and love for their mother country. Throughout the years, statues and monuments have been erected to honor heroic actions and events throughout the archipelago’s history. Here are a few you may want to check out:

Filipinos across the country know of the great sacrifices Dr. Jose P. Rizal made advance the cause of Filipino liberation from the iron grip of the Spanish colonizers. With his status as the catalyst for the archipelago’s freedom, the Rizal Monument, a great statue of this amazing man, was built in Luneta Park.

At the start of the Philippine Revolution, one of the most memorable events was when Filipino revolutionaries, the Katipuneros, tore up their Spanish cedulas (community tax certificate) and gave a patriotic cry for freedom. This moment has been frozen in time with the “Sigaw sa Pugad Lawin” monument in Quezon City.

Speaking of the Katipuneros, their leader Andres Bonifacio, also has a shrine to his name. The statue depicts the Filipino leader and hero, bolo in hand, along with the many depictions of both his life and his death. You can see many of the different facets of his life, from his time as a child in his mother’s arms to his battle-ready stance.

Also known as the “Shrine of Valor,” this monument in Malabon, Bataan is a giant marker that reminds people of the brave souls who sacrificed themselves in the Second World War to keep the country’s hard-earned freedom. The stately cross has depictions of various Philippine heroes at its base. Inside the cross is an elevator to the observation deck (much like the torch of the Statue of Liberty).

This 20-meter bronze statue of the great hero Lapu-Lapu is a treasured landmark in the island of Mactan. The man honored by this statue was said to be a datu (tribal leader or chief) who led the resistance against the invading Spanish colonists and slew Portuguese explorer Ferdinand Magellan. By this statue, which can be found in Punta Engaño, Lapu-Lapu City, Cebu, he is forever remembered as a man who bravely defended his homeland.

With these large symbols that stand the test of time, people won’t be forgetting important heroes and figures who gave their all for Philippine. If you’re in the area, why not take a look at these remembrances of our heroes. You’ll sense the history and patriotism behind them for sure.